Abracadabra! The Power of Spells Against the Forces of Evil

Modern culture is dominated by science and technology, which for the most part offers an explanation for human behavior and the forces of nature.

But it hasn’t always been like that.  Words like “spell”, and “magic” do not have the same effect on us today as they had in the past; they are greeted with laughing and mockery, and they are linked to misleading illusionist’s tricks, or – more often – to swindlers’ scams.

In the past, the role of the magician and shaman was highly respected in many cultures since these were people who were thought to control the invisible forces and interpret god’s will. Moreover, they were able to protect the king’s or the family’s power, and give stability to an empire.

Before starting with our analysis, we need to clarify the type of approach we adopted in preparing this, and other arguments, that deal with esoteric knowledge: it is a serious anthropological study, because magic, just like alchemy, divination, and complex astronomy, was historically not for entertainment or for pure amusement.

It was part of the esoteric disciplines, for which knowledge wasn’t accessible to everyone but rather was passed down through generations of its practitioners.

So, what is the most common spell of all time? Abracadabra, of course!

The origins of ‘Abracadabra’

It is probably the most common magic word, but it actually has no defined meaning: it was used as a magical and evocative word for the esoteric value that popular tradition attributed to it.

In the past, the word was considered a powerful spell to use in case of fever or infection. The oldest source that mentions the word abracadabra is the Liber Medicinalis – also known as De Medicina Praecepta Saluberrima – by Quintus Serenus Sammonicus, a physician at the court of Roman emperor Caracalla in the third century AD.

We know that Sammonicus prescribed that the emperor always took with him an amulet containing the word written as an upside-down triangle: 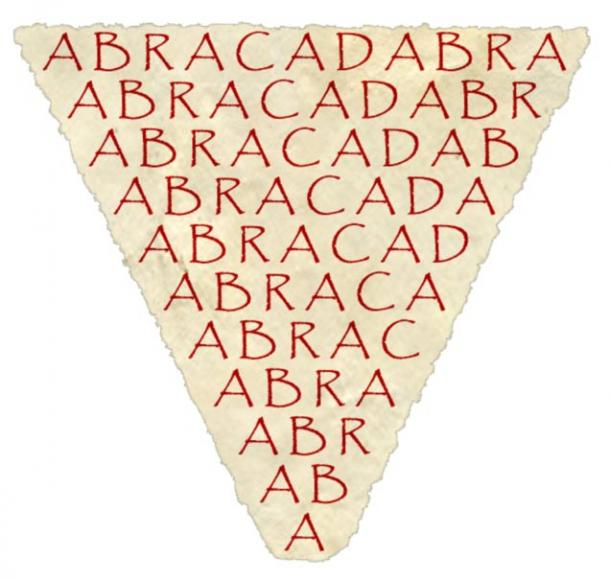 The first known mention of the word abracadabra was in the third century AD in a book called Liber Medicinalis. The word, when written upside down and worn on the body, was thought to have restorative powers. Wikimedia Commons

It was believed that once a patient put on the amulet, they would feel a reduction in illness. It can be noted here that even in ancient Mesopotamian medicine there were exorcism rites against the demons of illness, and ritual and astronomical practices date back to prehistoric times. 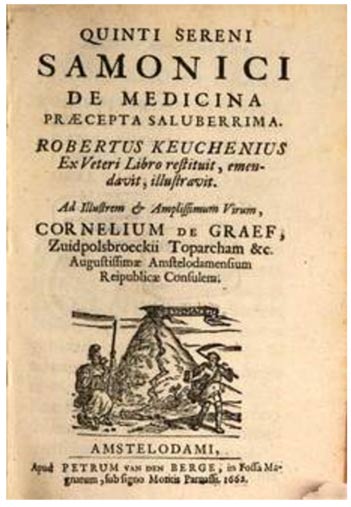 Caracalla wasn’t the only one choosing to practice magic in order to forestall evil forces; Emperors Geta and Severus Alexander followed Serenus Sammonicus’ recommendations as well, using the spell for the same purpose.

The enigma of the name

Some researchers think it is possible to understand the etymology of the word “abracadabra”, as it actually has more than one explanation, but there are a few main theories.

The first one takes in consideration the Aramaic expression “Avrah KeDabra”, which means, “I will create as I talk” or “The magician’s word will become reality.”

Other studies report the word coming from Arab “Abra Kadabra”, which means “let the things be destroyed,” which would in this case refer to illness. Rather than a curse, researchers think the Aramaic sentence was used as a means of curing illness.

The second theory has it that abracadabra could indicate the Hebraic words “ab” (father), “ben” (son), and ruach hacadosch” (holy spirit).

One last theory is that the word derives from Abraxas, a term found on stones and gems that were used as talismans. Abracadabra could have described a mediation occurring between humanity and a Sun God. 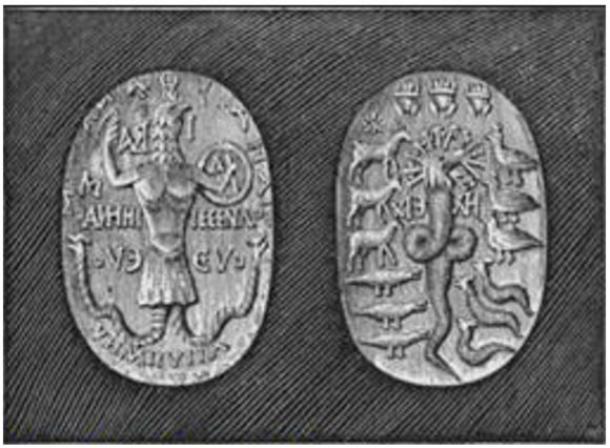 Abracadabra and the powers of the Sun

The word may be considered as linked to “megas archon”, the “Grand Archon”, the prince of 365 spheres.

In the cosmology of Basilide of Alexandria’s cult — a gnostic sect representing a philosophic-religious movement born in the second and third century AD — the seven letters that constitute the word represent each of the seven planets: the Sun, the Moon, Mercury, Venus, Mars, Jupiter, and Saturn.

The importance of the link between abracadabra and the healing powers of the Sun is present in some amulets and gems where the word, in order to expel the evil forces, was written with apotropaic purposes. Archaeologists found many amulets in the shape of a triangle with the word abracadabra.

The word was an incantation; it used to be sung from the top of the triangle to the last “A” on the bottom. It was believed the illness would diminish during the spell, and eventually disappear. 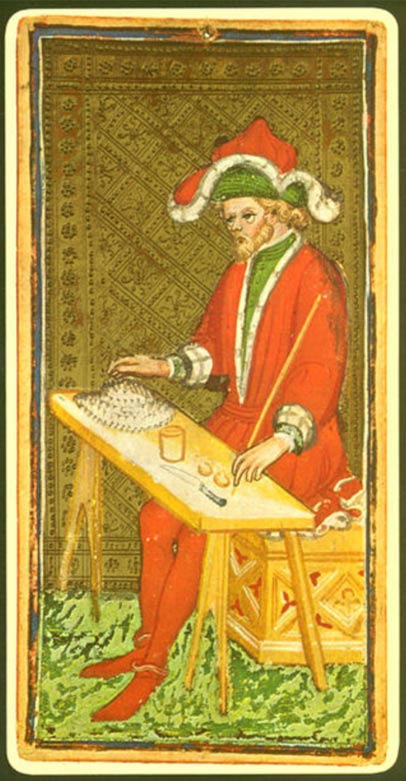 The “Magician” card from a 15th-century tarot deck. Public Domain

The word has been found in the gnostic document “the Holy Book of Invisible Spirit” and appears in some Greek papyri that talk about magic.

In summary, “abracadabra” had a strong healing power for believers, and its power persisted in the popular tradition.

In fact, there are examples of amulets that have the word abracadabra inscribed that are from more recent times and during epidemics, such as the plague that decimated London between 1665 and 1666.

Daniel Defoe, considered the father of modern English novel, wrote in “The History of the Plague in London” that some desperate citizens started applying to the doors a sign with “abracadabra” written on it. 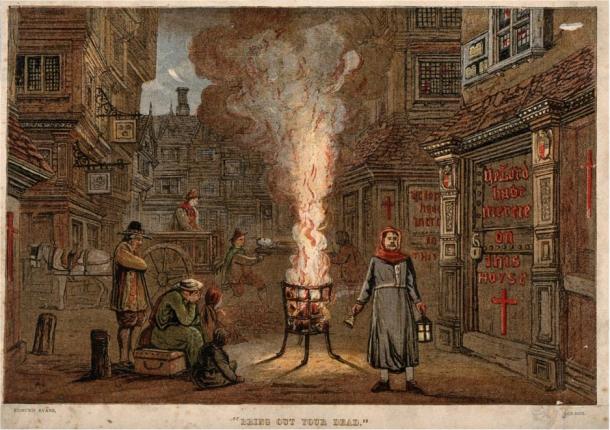 “Bring Out Your Dead” A street during the Great Plague in London, 1665, with a death cart and mourners. Wellcome Images, a website operated by Wellcome Trust, a global charitable foundation based in the UK.

When despair overpowers reason and superstition obscures intellect, men oftentimes lose their way. It is crucial that we do not let ignorance dim the bright light of knowledge.