These 5 Alien Species Don’t Want to Enslave Us

Reports show not all alien species are malevolent.

While there is no such thing as a completely neutral extraterrestrial, some are more involved in shaping our world than the others.

Here are five alien species that we can call “friendly” towards mankind.

And over here we have 6 evil alien species we could totally do without.

The Arcturians are one of the oldest alien species in our galaxy. Eons of existence allowed them to reach an ascended state, leading many to classify them as a fifth dimensional civilization.

The same future could await humans in the very distant future.

Millions of years ago, the Arcturians were about as technologically advanced as we are know. This means they conquered all the challenges they faced.

Their home planet orbits the largest star in the Boötes constellation and is located around 200 light years away from Earth. While astronomical for us, this distance poses no difficulty for the Arcturians for they posses the most advanced technology in the Milky Way galaxy. 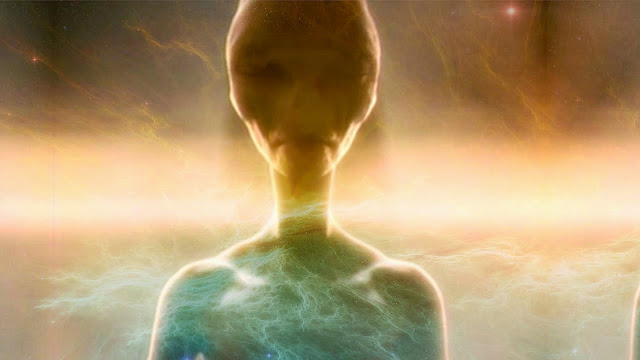 Despite their daily interventions in our lives, few people have directly interacted with this species. Only through their descriptions do we even know how they look.

According to the contactees, the Arcturians are 3 to 5 feet tall, with large heads and big, black, almond-shaped eyes. Their skin is greenish in color and they only have three fingers on each hand.

They are masters of telepathic communication and can move objects or interact with matter using their minds. Arcturians have surpassed the constraints of illness and old age and death has been virtually eliminated from their society a long time ago.

Their fleet of star ships crisscross the universe and one of them, the Starship Athena, is said to orbit the Earth in case something might threaten our existence. Being both ancient and wise, the Arcturians take their role as protectors quite seriously and we can thank them for not having been invaded already.

One of their probes, the infamous Black Knight Satellite, is said to have been orbiting our planet for the past 13,000 years.

Described as tall, blond humanoids, the Telosians are believed to be the remnants of previous human civilizations here on Earth.

Some say the first Telosians were the survivors of the cataclysms that sunk Atlantis and Lemuria, others believe their origins are much older. Circumstantial evidence suggests they are our closest genetic relatives. 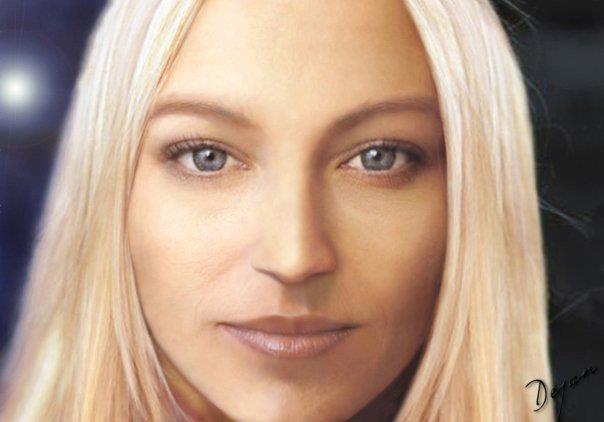 The first to describe the Telosians was Admiral Richard Byrd, whose posthumously-published diaries mentioned a secret North Pole expedition to the home of an advanced subterranean species.

Byrd wrote that this alien species had been living in secret underground cities but it was our nuclear bombs that drew them out:

“Our interests rightly begins just after your race exploded the first atomic bombs over Hiroshima and Nagasaki, Japan. It was at that alarming time we sent our flying machines, the ‘Flugelrads’, to your surface world to investigate what your race had done…

“You see, we have never interfered before in your race’s wars and barbarity, but now we must, for you have learned to tamper with a certain power that is not for man, namely, that of atomic energy.

“Our emissaries have already delivered messages to the powers of your world, and yet they do not heed. Now you have been chosen to be witness here that our world does exist. You see, our culture and science is many thousands of years beyond our race, Admiral.”

Their name derives from the ancient Greek word telos, meaning ‘end’ or ‘purpose’, a fitting name for their largest city of Telos, a giant citadel located under Mt. Shasta, California.

Although few people claimed to have physically been there, many said they were able to communicate telepathically with the inhabitants of this fabled place.

“Bonnie, her mother (Rana Mu), her father (Ra Mu), her sister Judy, her cousins Lorae and Matox, live and move in our society, returning frequently to Telos for rest and recuperation. Bonnie relates that her people use boring machines to bore tunnels in the Earth.

“These boring machines heat the rock to incandescence, and then vitrify it, thus eliminating the need for beams and supports. A tube transit tunnel is used to connect the cities that exist in various subterranean regions in our hemisphere. The tube trains are propelled by electromagnetic impulses up to speeds of 2,500 mph.

“One tube connects with one of their cities in the Matto Grosso jungle of Brazil. They grow food hydroponically under full-spectrum lighting with their gardens attended by automatons. The food and resources of Telos are distributed in plenty to the million-and-a-half population that thrives on a no-money economy.”

Through psychotronic technology and highly-developed cerebral abilities, their incredibly advanced society has been in constant contact with a number of extraterrestrial civilizations like the Pleiadians or Arcturians.

Thousands of years of scientific advancement have enabled them to circumvent diseases and aging; the Telosians are known for their longevity and could well help us with our own. They are also true protectors of Earth’s environment and keepers of knowledge about our planet’s past.

We should have probably started with the Lyrans, because word around the extraterrestrial neighborhood is they are our oldest ancestors.

That’s right, all evidence points toward this civilization being the first human civilization to rise in the Milky Way. 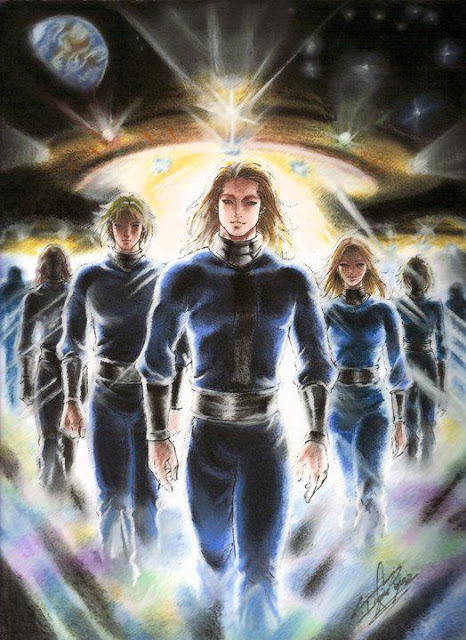 One of the first to speak about the Lyrans was none other than world-famous contactee Billy Meier. They revealed to him their origins and life story, which he graciously shared with the rest of the world:

“They have described their ancient ancestry, and consequently ours, as originating in a far sun-system in a star group near what we now know as the Ring Nebula of Lyra, for which we have called them Lyrans in the same manner as we refer to the human beings from what we call the Pleiades.

“These early Lyrans in their numerous migrations in their great Space Arks went to many other star systems and found suitable habitations, and put down colonies, such of which flourished and eventually launched their own space travelers.”

Eons ago, their civilization reached a very high technological level. Unfortunately, the situation escalated as conflicts between different factions turned into an all-out war. Those who fled would colonize the Hyades, the Pleiades and the Vega system.

Their offspring eventually reached Earth around 22 million years ago and have since maintained a more or less numerous force stationed here.

Some researchers believe they are the gods described in virtually all ancient religious texts. If this theory is true, the Lyrans held the premier role in creating and shaping Earth mankind.

Most accounts describe them as Nordic in appearance: tall individuals with blue eyes and long blonde hair. They have been called the ‘Galactic historians’ of the human species and if anyone knows the story of how Man came to exist, it’s them.

The extraterrestrials from Alpha Centauri have the power to destroy us or almost any other alien species. They are widely considered the most technologically advanced species in the Milky Way galaxy.

They are highly-intelligent and possess a natural curiosity which led to them rapidly developing a scientific and technological society. 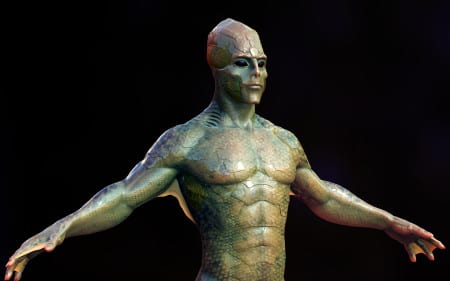 They evolved as an aquatic species, possessing gills and webbed limbs and researchers believe they are responsible for a large number of underwater sightings and the USO phenomenon.

It is rumored they have a number of operating bases located on the bottom of many of our seas, oceans and lakes.

Extraterrestrial researchers agree the Alpha Centaurians possess the most advanced technology, giving them an advance even over other, more combative species. It would seem that the Centaurians have learned that with great power comes great responsibility.

Even more than that, they are benevolent towards us and have expressed their genuine interest in assisting us overcome some of our challenges. Having succeeded themselves, they realize evolution can sometimes seem overwhelmingly hard.

They often communicate telepathically with our scientists and their influence is always subtle. They promote social justice and human rights, coupled with the responsible use of technology.

Descendants of the Nordic Lyrans, the Pleiadians represent humanity’s most active ally. Their home is located in the Pleiades star cluster, a group of stars located 400 light years from Earth.

The Pleiades have always played important roles in human culture and their name is derived from the ancient Greek verb ‘plein’, meaning ‘to sail.’ Thus, the Pleiadians are sailors. 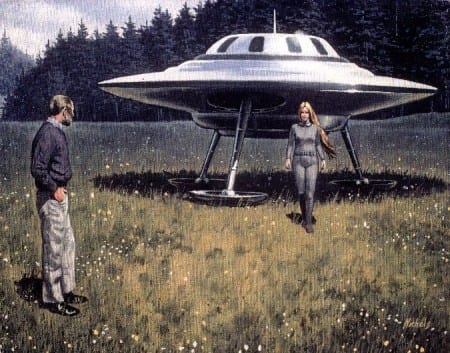 One of their chosen representatives on Earth was Billy Meier, who imparted the messages of Semjase, a Pleiadian female who was concerned for our fate. Despite that, she told him that:

“We are neither guardians of Earth beings nor God-sent angels or similar. Many persons suggest we are watching over Earth and her beings and would control their fates. This is not true, because we only perform a self-selected mission which has nothing to do with supervising or regulating Earth fates. Thus it is wrong to expose us as superterrestrial messengers and guardians.”

The Pleiadians were the first to warn us about the danger the Grey aliens posed. They accuse the Greys of a lack of wisdom and empathy when using technologically inferior humans to serve their evil, remorseless purposes.

For this reason, the two alien species have fought one another, both here and in other star systems.

Contactees claim the Pleiadians have been helping us free ourselves from oppression for quite some time. Even though we might not know it, they have always done so.

Alien Message to Mankind: “Do You Wish That We Show Up?“