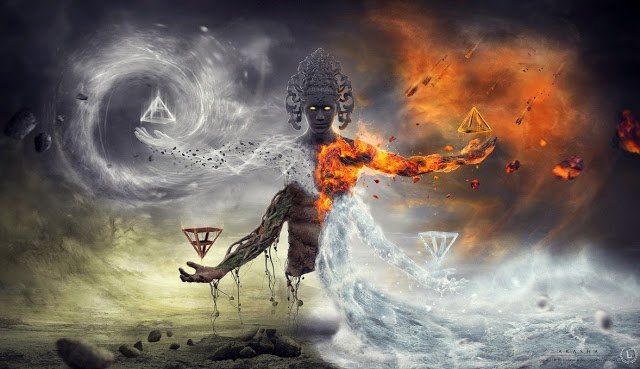 What Does It Really Mean to Ascend to the Fifth Dimension?

There are plenty of false light teachings that skew how the fifth dimension is tied to ascension. These particular tricks and spells were created in order to distract us from the true reality of being our multidimensional selves.

As the imposed veil continues to thin, we are realizing the truth about the fifth dimension and its purpose in our ascension.

The word ascension has been given many meanings in the spiritual and metaphysical community. The meaning of ascension for the purposes of this article encompasses the raising of our awareness and consciousness into a whole new understanding and practice of being able to exist in many dimensions or places at once in our true nature and form.

Quantum physics has proven that our thoughts create our reality and that everything is energy vibrating at a certain resonance. A dimension is a gathering of a particular resonance, with the edges of that dimension overlapping into the edges of the next dimension. 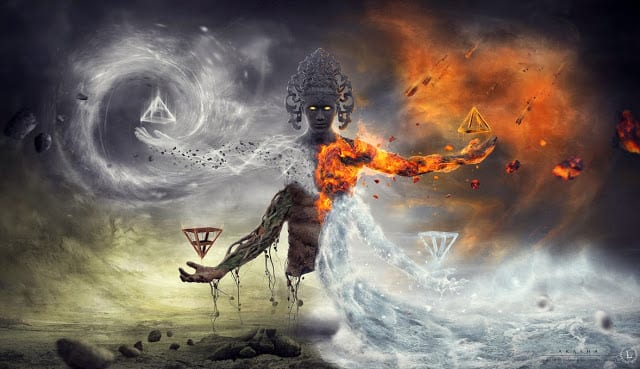 Our physical bodies were designed by the Anunnaki to “trap” us within the third and fourth dimension. The third dimension resonance gives us the physicality and experience having a dense body.

Changes were made to the successful prototype of a human that was allowed for a spirit to inhabit a third dimensional body while being consciously connected to many other experiences and memories.

These changes cut off memory of who and what a person is, while presenting the illusion that we are just our bodies. The programming starts very early in this reality in order to remind us of our physicality and biology, and science does a good job at explaining third dimensional reality.

The fourth dimension is connected closely with the third and encompasses space and time. It is where the matrix operation headquarters resides. Time and space were created to have a physical incarnation experience and at one time many humans enjoyed this experience on Earth until it was hijacked.

The fifth dimension and above are outside of space and time. The existence of a body in this dimension does not include dense physical reality, however it does have the capability of form that is perceivable to others in the fifth dimension. There are no memory wipes in this reality, as the ones who do dirty deeds are trapped in the fourth dimension.

From this basic description of the third, fourth, and fifth dimensions, you can deduce that the preferable place to exist around Earth would be in the fifth dimension (or higher), in the third dimension inside of a planetary body tied to Source, or returning to the oversoul (and eventually to Source).

When the ability to have a third dimensional experience is available without having the influence of the lower entities of the fourth dimension, a person may choose the third over the fifth until the soul calls for the spirit to move on to another experience.

Our spirit is the essence of the Source that is incarnated into the physical body. Our spirit is always connected to everything. It is connected to Source, our oversoul, the consciousness of Mother Earth, the animals, the crystals, and all human beings on the planet.

Ascension involves being aware that we have access to our multidimensional selves and expanding the connection with those parts of us. It is also understanding that we have been tricked into accepting the trap of the third dimensional body and memory wipe.

Forgetting who we are would allow us to dive deep into a third dimensional experience, but it would also made us vulnerable to those who need to harvest energy.

The easiest way to make us slaves to harvest our energy is to do everything possible to pull us away from our capabilities as multidimensional beings. Ascension is understanding how we got to where we are as well as how we have the power to break the wall down that keeps us trapped.

Some people who have done their clearing work and have decided that they are finished with a physical body experience can certainly move their consciousness to a fifth dimensional place if they were to “die” (or ascend) out of their physical body.

This is normally not a challenge with the awareness and experience of prior lifetimes to perform tasks that will raise the vibration.

The goal for some people in this lifetime is to return to being able to use those certain techniques to access the wisdom and experience of all of your oversoul’s experiences while existing in a third dimensional experience.

When your vibration is raised with intention and through the changes that you make in your life, parts of the fifth dimension and higher become available to you. This includes heightened senses and capabilities that can create what have been described as miracles or magic.

Other people will try to manifest a negative to positive ascension by incarnating into a physical body that is tied to Source in order to stay with that planet while she raises her vibration. These beings would not have been able to raise their vibration if not for the piggy back connection to the planet, and they were lucky enough to either incarnate into a body or “walk in” a body.

These are the beings who chose a negative polarized path in order to serve Source by experience in this dualistic creation. While everything eventually returns to Source, there are some negative beings that chose to piggy back and the others will go kicking and screaming back to Source by way of shortcut and reconstitution into another form of energy as they will have cut their energetic tie to Source completely.

The poisoning that is occurring on the planet as well as the planned destruction through HAARP and CERN have a number one goal of keeping humans from being able to ascend. The prison matrix that was imposed on us was a brilliant plan on their part in order for them to steal the energy needed to survive, and was planned for a very long time.

However, because deception was used against humans in order to trick them into giving their free will to the plan, intervention has played out in many ways to free those who wish to leave. The prison door is being opened right now and the clarion call has gone out to those who wish to hear it.

For now, some ascenders may actually decide to drop the body and move to the fifth dimension. Other people came to Earth to remove the programming and blocks that have trapped humanity in the third with no recollection of their multidimensional selves and capabilities as co-creators of many experiences at the same time, and out of time.

These people will restore the Disneyland of third dimensional incarnation on planet Earth. Their job will not be easy but the rewards will expand their souls to the highest capability.

Finally, if we are all connected to Source, why would we want to stop at accessing just our oversoul’s experiences? Eventually merging with Source while keeping our identity as a part of Source out exploring the wild west is going to be a trip that you do not want to miss!

To Fight for Freedom, or to Fight for Empire — That is the Question Previous post
Underground City of Giants Discovered in the Grand Canyon? Next post