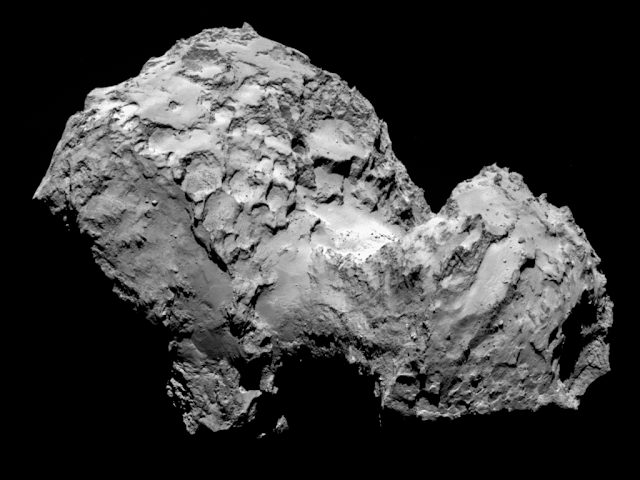 Discovered in 1969, 67P/Churyumov–Gerasimenko (named after the Russian astronomers who first sighted it) has inspired some major discussion and debate in the scientific and UFO community.

Two leading scientists, Professor Chandra Wickramasinghe and Dr Max Wallis, came before the RAS (Royal Astronomical Society) and explained in detail why they believe this comet is home to alien life: 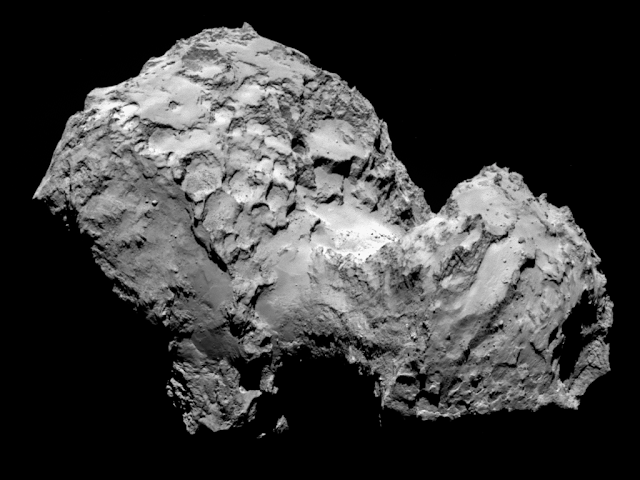 “What we’re saying is that data coming from the comet seems to unequivocally, in my opinion, point to microorganisms being involved in the formation of the icy structures, the preponderance of aromatic hydrocarbons, and the very dark surface.”

To put this in laymen terms for you, these very well respected scientists are explaining that they believe this comet to absolutely positively carry a form of alien life on it. Such claims are not to be taken lightly, since scientists know that they will be scrutinized, sometimes fairly, often time unfairly, any time they challenge the status quo.

Professor Chandra Wickramasinghe went on to explain that Rosetta, the spacecraft observing the comet has found “evidence of life,” which is why he is so convinced. In fact, according to the professors own words, this comet “could be more hospitable to micro-life than our Arctic and Antarctic regions.”

To further drive home his strong claims, for what is often times a very narrow minded field regarding the question of alien life and UFOs, Wickramasinghe explained that current estimates suggest there are more than 140 billion planets in our galaxy which exist just outside of our solar system.

Going onto say that,

“I think it’s inevitable that life is going to be a cosmic phenomenon,” which I, like most of you presumably, find to be a very logical statement.

The known galaxy is HUGE. Then known Universe is incomprehensible it is so large, to imagine that there isn’t some other form of life out there is naive and very narrow minded to say the least.

This comet,67P for short, will come the closest it’s ever been (in known history) to the sun next month and the scientific community are hoping to get a better reading of it since “the microorganisms should become increasingly active.”

The significance of this overall is that comets are frozen balls of dust and ice from billions and billions of years ago, and scientists are hoping that by studying them it could reveal more about our own planet’s history, which is a mystery.

Some scientists believe that they may have smashed into Earth at one time and this is how life began on our planet.