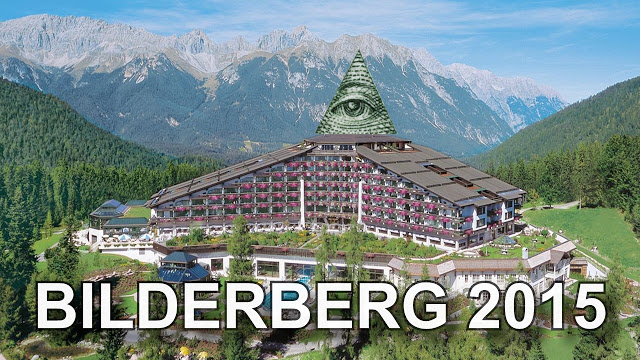 The following is a set of video confrontations with the Bilderberg 2015 attendees. Unfortunately, not real questions have been asked, hence no real answers have been given.

The videos (down below) are not to be ignored, though, because they expose what these people usually try to hide: their insecurities and frustrations when they are not protected by police, bodyguards or even armies.

The reporter should have a general set of questions ready for these kind of meetings. Like: 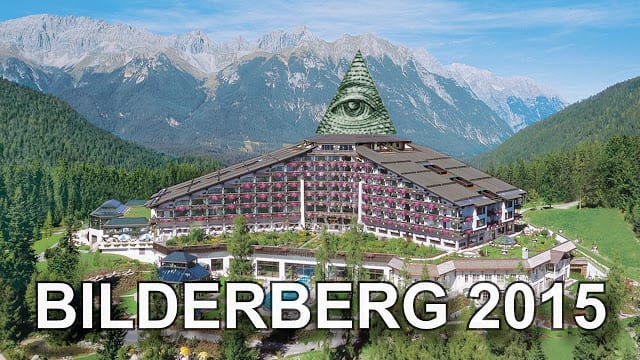 1. Are you a supporter of the NWO agenda?

2. How far do you think we are from the NWO implementation?

3. Do you think the Earth’s population needs to be reduced? By how much?

4. Do you think there are people who can be considered sub-human and need to be exterminated?

5. Have you visited the underground bases and cities?

6. Humans are born to be currency slaves. Don’t you think we should change this?

7. Do you see any alternatives to the monetary system?

8. Why not implementing a Resource Based Economy instead of this oppressive system? (Explain what the RBE is for those who are interested).

9. Why do you/your masters desire so much power and control over the human species? Why shouldn’t humans be free and independent?

10. Karen Hudes of the World Bank stated that there is a second humanoid species that looks almost identical to the human species. She said thy are behind money, religion and wars. What do you know about this? Do you think this could be possible?

11. Do you think we are heading towards WW3? Is a third world war necessary for the implementation of the NWO?

12. Why is the NWO so important to you/your masters?

13. Why not educating and helping the so called “third world countries” instead of systematically wiping them out?

14. Do you think the Grater British Empire will end up ruling the world?

15. What is your opinion on the human microchipping agenda?

16. Why don’t you/your masters want a world without wars, weapons, racism, etc.? Why not investing all our time and energy in real educational programs, instead of wars and sufferance?

17. Why not turning every human being into a scientist, medic or engineer?

19. After having this conversation (listening to these questions), don’t you find your agenda meaningless?

The human species has a great potential for good, but you/your masters are constantly keeping us on the edge, indoctrinating us from birth to death, promoting differences and violence. Why?

You would also greatly benefit from the world that I’m talking about. It doesn’t have to be like this, we can achieve greatness together, as a ONE.

Enjoy the following confrontations and see these people for what they really are: empathy-less and soulless traitors of the human species (and I am really sorry for having to say this).

The official Bilderberg Group website has released the full attendee list and agenda for this year’s conference.

As ever, the list of topics to be discussed is so vague as to almost be meaningless.

A total of around 140 participants from 22 countries have confirmed their attendance. As ever, a diverse group of political leaders and experts from industry, finance, academia and the media have been invited. The list of participants is available on www.bilderbergmeetings.org

The key topics for discussion this year include:

Founded in 1954, the Bilderberg conference is an annual meeting designed to foster dialogue between Europe and North America. Every year, between 120-150 political leaders and experts from industry, finance, academia and the media are invited to take part in the conference.

The conference is a forum for informal discussions about major issues facing the world. The meetings are held under the Chatham House Rule, which states that participants are free to use the information received, but neither the identity nor the affiliation of the speaker(s) nor of any other participant may be revealed.

Thanks to the private nature of the conference, the participants are not bound by the conventions of their office or by pre-agreed positions.

As such, they can take time to listen, reflect and gather insights. There is no desired outcome, no minutes are taken and no report is written. Furthermore, no resolutions are proposed, no votes are taken, and no policy statements are issued.