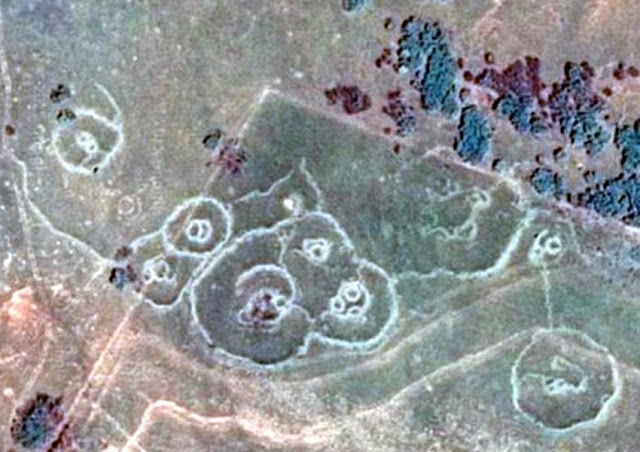 There are many Bakoni ruins around the modern town of Machadodorp in South Africa’s Mpumalanga Province, most of them situated on the hills above the town.

The slopes here are covered with terraces made from stone walls and forming a large complex that also consists of settlements, fields and roads.

The ruins clearly prove that African agriculture, prior to the arrival of European colonialists, was far from being the rudimentary system the Europeans believed it to be.

Historian Professor Peter Delius and archaeologist Dr Alex Schoeman from The University of the Witwatersrand, Johannesburg, believe the ruins at Bakoni to be evidence of advanced technological and agricultural innovation, long before the colonial era. 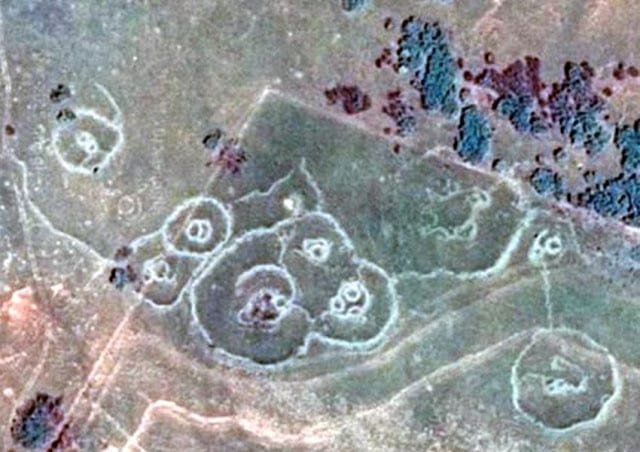 This consisted largely of closely managed livestock production in combination with crop cultivation. Cattle were kept in the settlements at night while during the day they were released out onto the grasslands to graze.

The two researchers, along with Dr Tim Maggs, have written a book about the site as well as producing an hour long documentary. Delius and Schoeman recently appeared at the National Research Foundation Science for Society Lecture at Wits University, on 11th June 2015, to discuss the project.

“It included massive investment in stone terracing, cattle kraals and which allowed for the cultivation of rich, volcanic soils on the hill sides of the escarpment.

“It is also connected to systems of long distance trade which span the interior that linked to the east coast and to the vast and ancient Indian Ocean trading system. So this was not an isolated society, an isolated world, it was part of a much bigger regional system.”

Machadodorp is also known as eNtokozweni, meaning ‘the Place of Happiness’. Some of the local tour guides believe the ruins to be remnants of Africa’s ‘lost city’. 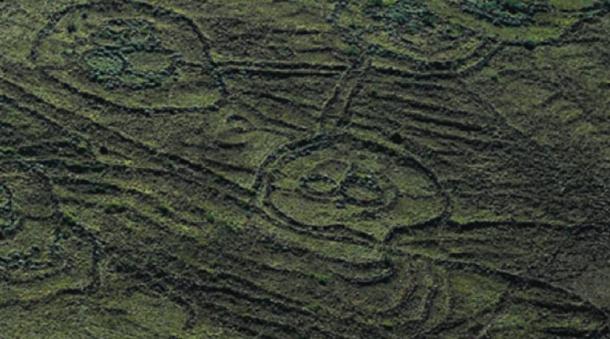 The Bakoni can be traced back to at least the early 18th century but the culture is probably far, far older, given that the ruins themselves can be dated to an incredible 200,000 years.

This is roughly around the time that ‘mitochondrial Eve’ existed (she is widely believed to be the mother of all Homo sapiens women and of African origin). This idea has attracted archaeologists and researchers from all over the world, seeking to discover the true origins of humanity.

This area was also where the mysterious Lydenburg Heads were discovered. These strange artifacts are preserved in the National Museum in Cape Town and are thought to date back to 490 AD, the early Iron Age in Africa.

The seven ceramic heads, all of them adorned with intricate carvings, were initially discovered by a child playing on farmland in 1957. So inspired was the child that he later became an archaeologist and returned to the farm, owned by his father, to investigate them. 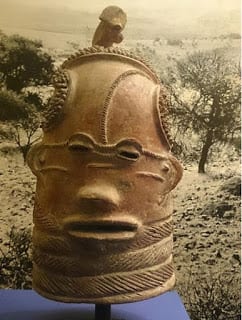 The Lydenburg heads are the earliest known examples of
African sculpture in Southern Africa. (Wikimedia Commons)

As with many other ancient ruins across the world, the Bakoni ruins have attracted a number of claims, which in this case proposes the idea that the stone circles and stone walls in this area once formed an ancient ‘power grid’ which covered the whole of South Africa.

Michael Tellinger believes that this power grid was used by ancient peoples to convert the resonant sound frequency of mother earth into a form of energy that could be used to mine gold.

Another author, Dr Cyril Hromnik, has suggested that the terraces and stone ruins were built by descendants of the Dravidians, some of whom had supposedly migrated from the Indus basin, and the Kung people, the two groups having intermarried during the 1st millennium BC.

The theory goes that the ruins were actually astrological clocks. Others believe that the area is identical to the location mentioned in the Sumerian creation legends in which the mining operations were conducted by gods called the Annunaki.