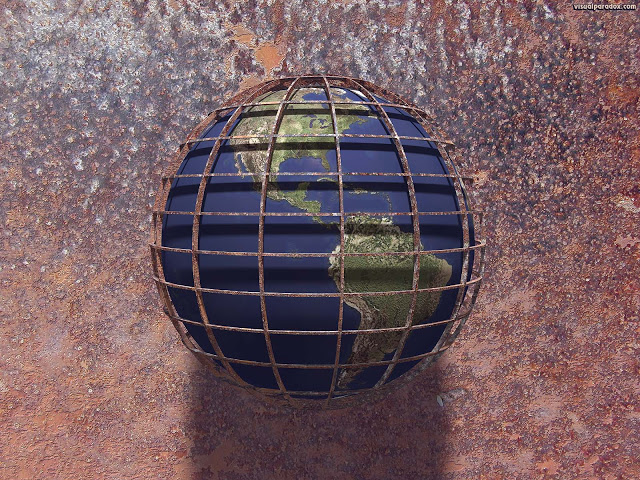 Soul-Catching Net: We Are “Recycled” at Death to Remain in the Matrix

The idea of a soul-catching net or soul net that awaits us at death – and keeps us in the Matrix – is a grim and highly disturbing notion, but one which I believe has to be considered by all serious researchers of the global conspiracy. True free thinkers want to know exactly where the global conspiracy rabbit hole ends.

Just how far does the suppression go? Past this lifetime? Past this planet?

Well, the answer may well be yes to both. After you spend years of research going through the many layers of political corruption, corporatocracy, surveillance, false flag attacks, central banking, GMOs, geoengineering, Zionism, Illuminati bloodlines, the radiation agenda, UFOs and ETs, alien intervention and more, you come to realize that the true source of the suppression is at the intersection of consciousness and conspiracy. 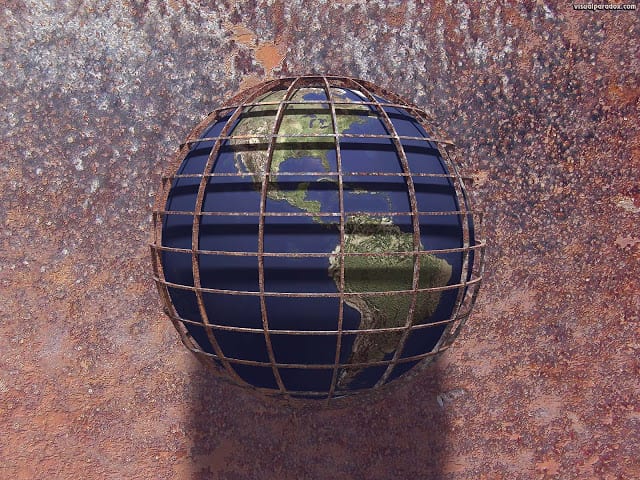 Why? Because the conspiracy is all about suppressing your idea of Who You Are. It’s about convincing you that you are nothing, no one.

It’s about convincing you that you are just a biological machine, fit to serve as no more than a cog in a machine or, as Pink Floyd put it, just another brick in the wall.

Mainstream science to this day still denies the existence of consciousness just because it can’t get a handle on it with the 5 senses. Its simplistic solution is to disregard anything it can’t measure.

If you have read this far, you probably are ready to go beyond those belief systems, having realized they are set up to create a false dichotomy, and to limit and disempower you.

You have probably also realized that the true manipulators at the helm of the conspiracy are non-physical entities, which various religions and cultures have referred to the Archons (in the Gnostic tradition), Djinn or Jinn (in Islam), Demons (in Christianity), the Mud Shadow (in the books of Carlos Castaneda) or by other names.

What is the Reincarnation Trap / Soul-Catching Net / Soul Net?

The idea is that upon death, our soul or consciousness separates from the body and then undergoes a process where its memory is wiped clean and it is recycled – reincarnated – into another body to repeat the same process.

In this way the Earth becomes a literal prison planet from which it’s very difficult to escape.

Thus the Earth remains a closed system where new people are constantly born for the purpose of powering the economy and generating (negative) emotion for the Archons to feed off, not remembering Who They Are or what the real situation is.

The soul net ensures the planet remains a trawling ground for the Archons to trigger our emotions (which they expertly do through the media, war, fear and other methods of deception) so they can get fed. 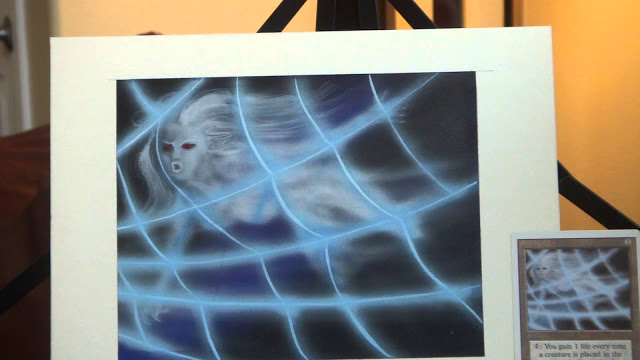 As Don Juan put it in Castaneda’s final book, The Active Side of Infinity, we are like humaneros, raised like livestock on a farm to be exploited.

Remember also The Matrix series of films. Morpheus shows Neo the shocking truth that we are raised as a food source for the Controllers. He shows Neo a symbol of the battery. While this is a good symbol, a battery implies a storage of energy.

In actuality, we act as generators of energy for the Archons, so a generator you see at a construction site might be a more accurate symbol.

However, because we are powerful beings, the Archons can’t just rely on force for all this. They need to trick us into giving them consent. How do they do that? How do they get us to go willingly into the soul net? With the trick of the white light…

The Soul Net Relies on the Trick of the “White Light”

We have been told through various sources that the white light at death is something to head towards. Hollywood films such as Ghost promote this. People who have experienced OBEs (Out of Body Experiences) mention it.

Yet what if, as David Icke, Wayne Bush and others have suggested, the white light at death – and light itself (in this context) – is the trick? What if light is the source of the deception? After all, the Illuminati and other Secret Societies worship Lucifer, the Light Bearer.

Michael Tsarion talks about the occult weaponization of light.

Cameron Day talks about why he is no longer a lightworker, because of the false duality and the fake “light”.

Sounds far out? It is, so let me now introduce the various sources, old and new, which are suggesting this concept.

When independent sources, especially from different time periods, all come forth with the same idea, it’s a good sign that the information has validity.

Simon Parkes is an incredible modern day ET contactee. If you listen to his interviews it is clear he is a rational, level-headed man, who even holds a position in local government in England.

Parkes states that alien intervention and genetic manipulation occurred earlier in humanity’s history, where our DNA was tampered with and our psychic abilities repressed. This was done so that no one could challenge the prison guards (the Archons).

In presentations such the video above, Parkes also mentions the trick of the white light and the soul net.

The WingMakers story is an astonishing creation, full of stories of humanity’s history, poetry, paintings and music, well worth checking out.

To me, one of the most powerful of the stories – which are written as fiction but come across as completely factual – is the Neruda Interview #5, where we learn of how all of us humans – who are divine, infinite consciousness – came to be trapped inside physical bodies that die.

The deception came about through the conspiring of 3 separate alien species (the Annunaki, the Serpent Race and the Sirians) who found a way to trick the Atlanteans (our ancient ancestors) to inhabit biological vessels (the human body).

Part of the deception involves Anu, the reptilian king of the Annunaki, ruling over humanity as king, and setting up planes of existence to ensure we never get out – including the soul net reincarnation plane.

[You can read the whole story HERE. It’s a very long read, but the information is of crucial importance, as you may imagine].

The World as “Maya” (Illusion)

A theme in Buddhism and Hinduism is that this world is Maya or illusion (i.e. the matrix). Another Buddhist teaching is that life contains suffering, and that reincarnation is an endless cycle of suffering (the wheel of Samsara) that can only be broken through spiritual practice (i.e. the raising of one’s consciousness).

Although some people may see this as pessimistic, it exactly fits into what we know the grander conspiracy and the soul net. The millennia-old Tibetan Book of the Dead is an instruction manual for monks on how to prepare for the point of death and attain liberation by avoiding reincarnation.

Val Valerian is a former CIA agent (real name John Grace) started writing about the idea of a soul net in the 1990s, before The Matrix trilogy of films.

In his books he writes:

“It is they [Grey aliens] who await in the light when a human being dies. The human being is then recycled into another body and the process begins all over again… Hence the Light and Tunnel at death Trap. Scanning someone they wish to recycle as they near death, the aliens discover who the person was close to has died. They project the person(s) image in the white light tunnel and the image waves you in deeper. If you CHOOSE to follow you can be trapped and sent to another incarnation of their choice… these entities view Earth as a big farm.” — Val Valerian, Matrix II & Matrix V

Tanaath of the Silver Legion

Tanaath of the Silver Legion also talks about the existence of the soul net or reincarnation trap. She describes it as a holding pen designed to look like whatever the particular individual or soul would expect the afterlife to look like.

For instance, if you were a Christian and expected to see St. Peter at the Pearly Gates, you would see that; if you were a Muslim, you may see 100 virgins. She also makes reference to the fact that your memories are wiped before you are sent back to Earth to reincarnate.

There are various other people who know of (or believe in) the existence of the soul net, such as Wes Penre, ET contactee Peggy Kane, Gregg Prescott of in5d.com, Greg Calise and many others.

[The list includes me as well, Alexander Light of HumansAreFree.com. Not only that I believe in the existence of the “soul net” and the Prison-Earth holographic reality, but I also consider this understanding to be the pinnacle of one’s awakening.

Fully comprehending the extent of our enslavement, allows us to consciously brake free from the Archonic deception after “death.” It also gives us the responsibility of educating others, hence offering them the key to the prison cell (whether they choose to use it or not, it’s their decision entirely).

How interesting that soul net, soul harvest and soul trap are all magic card games, books or video games. The idea of a soul net is out in the public consciousness. The question remains: is enough of humanity ready to confront it and investigate it?

Can enough people grasp the magnitude of the soul net – that forced reincarnation into a prison planet is the ultimate enslavement – and raise consciousness about it?