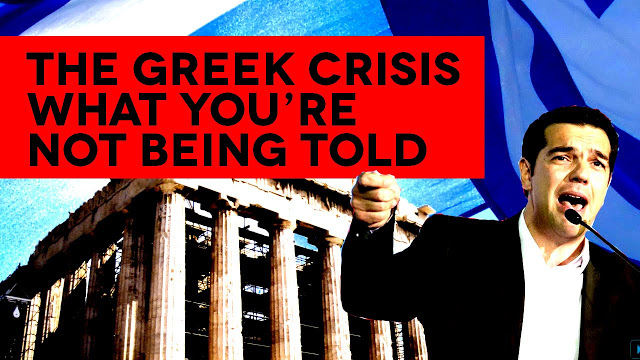 The Greek Crisis — What You’re Not Being Told

There are several important variables to the Greek debt crisis that most people aren’t talking about.

You’ve probably heard people speculating as to whether Greece will be forced out of the Eurozone.

However there are several important variables in this crisis that most people aren’t talking about. 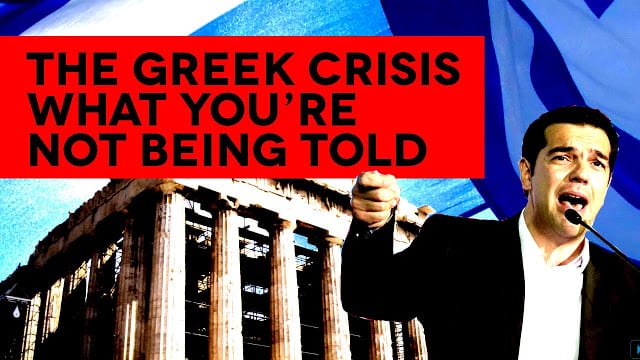 (The Greek debt in question is only worth about €300 billion. The Spanish debt on the other hand currently stands at over a trillion, and the Italian debt stands at 2.6 trillion.)

However this approach could very well backfire. Anti-Euro parties from both the left and the right have been gaining traction throughout the Eurozone in recent years. The showdown in Greece seems playing into their hands.

I. Global contagion is a real risk, and not just because of Greece. China’s stock market has lost over 30% of it’s value in three weeks, with total losses currently standing at over 3.7 trillion dollars. At this point even mainstream investors like Carl Icahn are warning that the U.S. stock market is in a massive bubble. The thing about bubbles is they tend to look for an excuse to pop.

Some people have convinced themselves that the 2008 crisis was a one time event, and that it couldn’t happen again. They is wishful thinking. The question isn’t “if” we will see another widespread financial crisis, but rather what will be the catalyst which triggers it.

II. Central bankers may not able to stabilize markets in the next leg of the crisis. The Federal Reserve never actually tightened monetary policy. The 4.48 trillion dollars in bonds that they bought out between 2008 and 2014 are still on their books and they have been rolling these investments over as they mature. And the Fed’s zero interest rate policy is still in force, in spite of hints that they may raise rates later this year.

Another round quantitative easing in event of a new crisis may not have the desired effect. The same principle is at play all around the world. The problem with kicking cans down the road, is that those cans tend to get bigger, and at some point you break your foot. http://www.cnbc.com/id/102605156

In the short term, Greece is headed for some rough waters no matter how the negotiations proceed from here. The Greek banking system will not be able to function without outside help, and outside help hinges upon an agreement with creditors, who don’t seem very eager to compromise at this point.

The banking situation is already interfering with imports and exports. This in itself will have consequences if a deal is not reached quickly.

If chaos follows, there will be a fierce battle to control the narrative. The rhetoric from the Eurogroup is predictable.

At each phase of the crisis they have insisted that the solution to the problems created by the E.U. is to move towards full political and financial integration.

In other words: they screwed up because you didn’t give them enough power. Where have we heard that before?

Related: Did you know that the IMF is a private bank, owned by the richest family in the world, the Rothschilds?