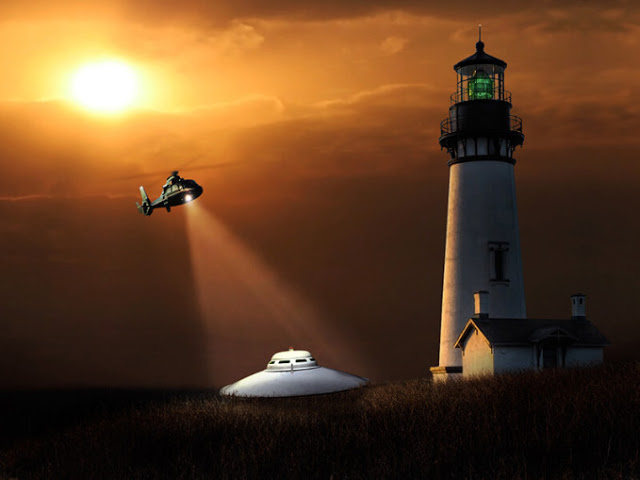 In 1973, the crew of an Army Helicopter encountered a UFO and subsequently won $5,000 for “the most scientifically valuable report of the year.”

Such a large number of sightings took place in October 1973 that the period is often referred to as the Great UFO Wave. It’s fortunate that one of them was witnessed by a crew of credible witnesses. 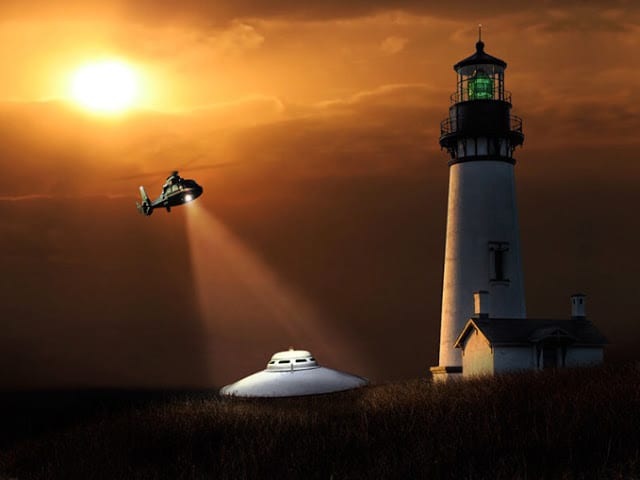 The helicopter climbed to an altitude of 2,500 feet and was cruising at a speed of 90 knots. Atmospheric conditions were ideal and a clear sky allowed for optimum visibility.

As they got closer to their destination, Sgt. Healey noticed a red light to their west, flying the opposite way.

Two minutes later, he saw a similar light, this time far in the south-east horizon. He got the chance to observe it for a while but, like the other crew members, Healey thought it was nothing more than distant air traffic.

About half a minute later, Yanacsek spotted the mysterious light had changed course and was now heading towards the helicopter. Captain Coyne took over the Huey’s controls and began a rapid descent.

He also contacted the nearby Mansfield control tower, as he was unable to establish radio communications with the unknown aircraft. Unfortunately, radio contact with the tower soon failed and could not be established again.

In the meantime, the red light had increased in intensity and was still heading on a collision course. Coyne therefore increased the helicopter’s rate of descent and airspeed.

“At 1,700 feet I braced myself for the impact with the other craft,” Coyne told United Press International reporters.

“It was coming from our right side. I was scared. There had been so little time to respond. The thing was terrifically fast.”

The crash seemed imminent when the object simply stopped and assumed a hovering position above and in front of the Huey. It was close enough for the airmen to distinguish some of its features.

The object was a metallic gray cigar-shaped craft, with “a suggestion of windows ” on the top and red light emanating from its bow.

Another white light appeared on its rear side and a green “pyramid shaped” followed it. The airmen said the green beam behaved like a directional spotlight.

“We looked up and saw it stopped right over us,” Coyne said.

“It had a big, gray metallic-looking hull about 60 feet long. It was shaped like an airfoil or a streamlined fat cigar. There was a red light on the front. The leading edge glowed red a short distance back from the nose. There was a center dome. A green light at the rear reflected on the hull.”

The green beam of light passed over the helicopter canopy, bathing the cockpit in an eerie green light. The airmen were bewildered as their helicopter began climbing by itself. The tractor beam was in control.

“I had made no attempt to pull up. All controls were set for a 20-degree dive. Yet we had climbed from 1,700 to 3,500 feet with no power in a couple of seconds with no g-forces or other noticeable strains.”

After about ten seconds, the UFO suddenly switched off the green beam and began accelerating to the west.

In a few minutes, it had disappeared over the horizon. Lieutenant Jezzi approximated its speed at more than 500 knots (570 mph).

Despite traveling that fast, it made no sound at all, and produced no air turbulence. These aspects suggest it was equipped with something other than conventional propulsion systems.

Its ability to pull the Huey into a rapid ascension demonstrates the effective use of antigravity. 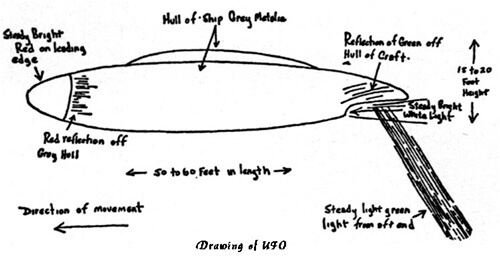 After the unidentified object lost interest, Captain Coyne and his crew became aware of their altitude and managed to safely descend to 2,500 feet. Radio contact with Akron-Canton Airport and the rest of their flight was uneventful.

When questioned, the four men gave similar descriptions of the event and provided similar sketches. As further confirmation of the incident, ground witnesses reported seeing a mysterious light in the sky.

Researchers Find Evidence That Man Used Fire 680,000 Years Ago Previous post
Melatonin — One of the Most Effective Anti-Cancer Treatments in Existence Next post