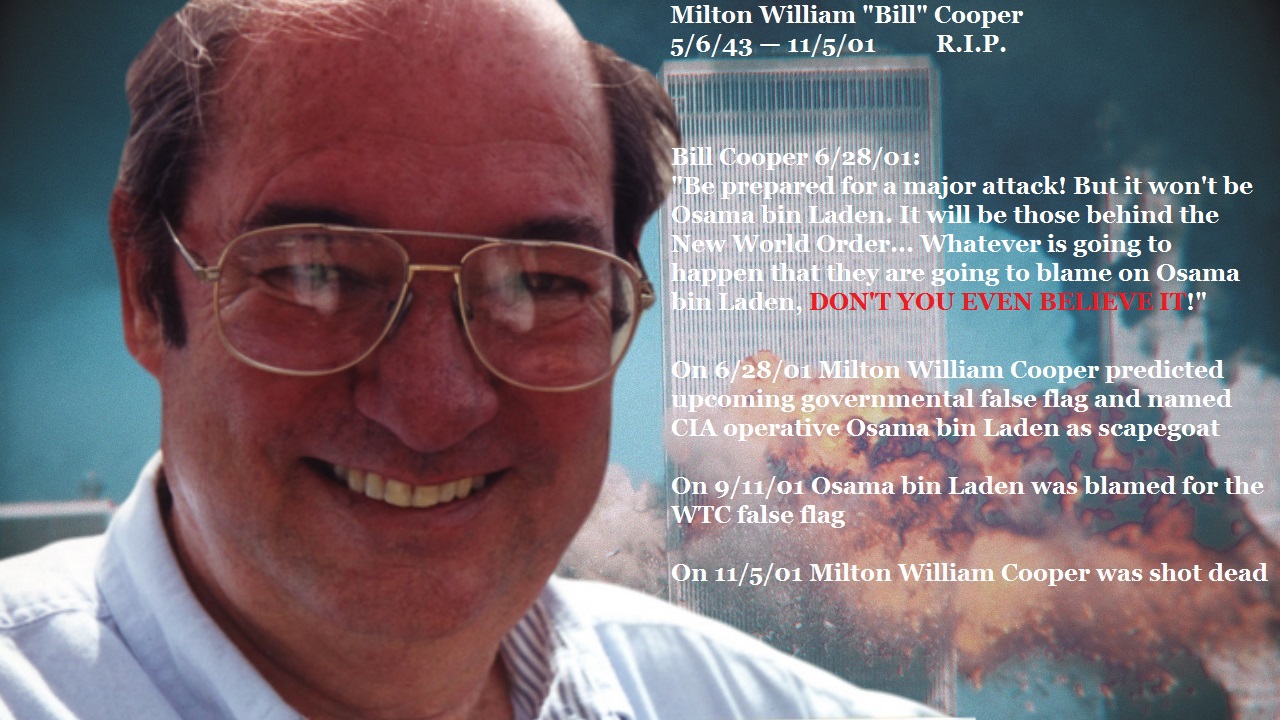 Throughout his life, Cooper worked to expose numerous global conspiracies, and one of his latest involved the September 11 attacks. He was fatally shot shortly after, leading many to believe he had actually been right.

During the 1990s, Cooper would broadcast a nightly radio talk called Hour of the Time. As an already established author and former Naval Intelligence veteran, he quickly captivated his audience with various subjects of interest.

This was happening before the internet took off and information was harder to come by so people were tuning in Monday to Friday, eager to find out the truth. 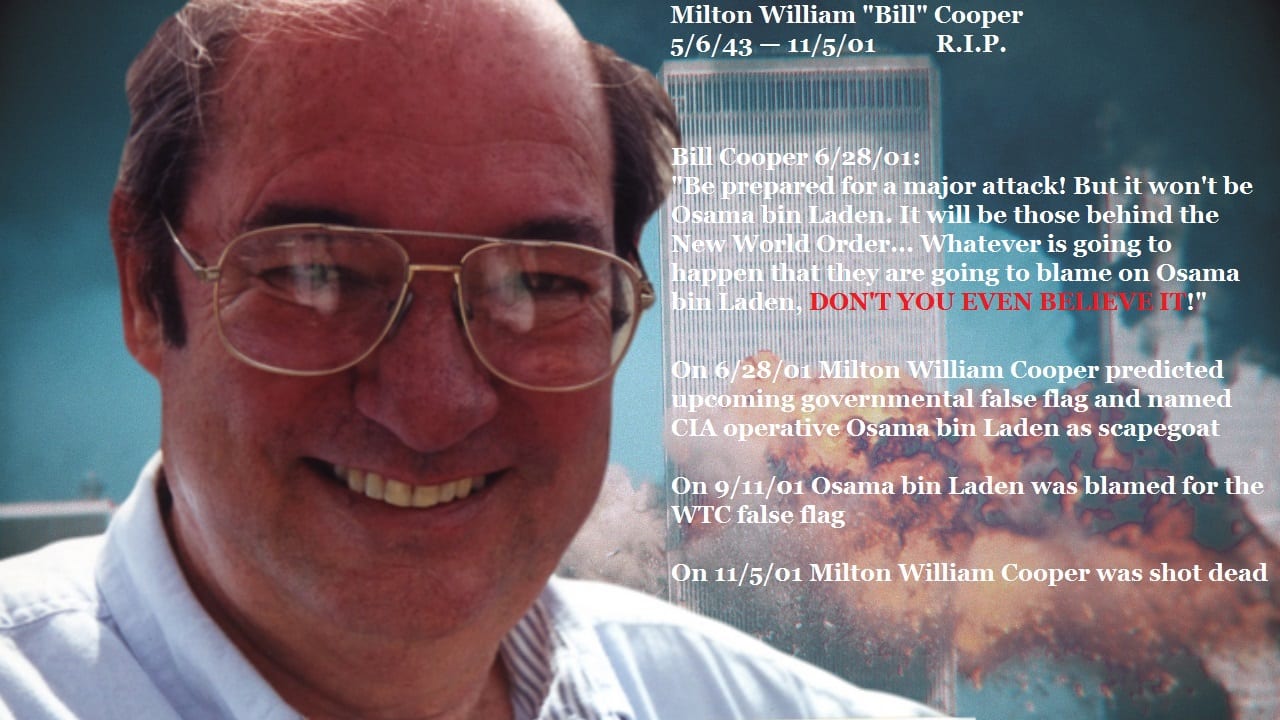 On his June 28th, 2001 broadcast, he went on to predict 9/11, adding that the U.S. Government would attempt to use Osama bin Laden as a scapegoat:

“I’m telling you be prepared for a major attack! But it won’t be Osama bin Laden. It will be those behind the New World Order… Whatever is going to happen that they are going to blame on Osama bin Laden, DON’T YOU EVEN BELIEVE IT!”

Osama bin Laden was CIA agent Tim Osman and died in 2001 — HERE is the proof.

Less than 11 weeks later, his predictions would turn out to be fatally true.

With a critical eye, Cooper examined the tense situation and connected the bits of information from his sources. This allowed him to deconstruct the lies fed to the general public and construct his theory.

Naturally, he was a thorn in the authorities’ spine. In July of 1998, Cooper was charged with tax evasion. A warrant for his arrest was issued but never executed.

As a consequence, he was considered one of America’s major fugitives and became a prime target of the U.S. Marshals Service in the year 2000.

Cooper candidly spoke about his situation and became convinced he was being actively targeted by President Clinton’s administration and the IRS.

After the tragic events of September 11 unfolded, Cooper’s radio show attempted to expose the the massive conspiracy that led to the attacks.

He pointed his finger at the Federal Government, accusing the authorities of planning the terrorist move and duping America’s citizens and the rest of the world into believing a fabricated story. This allowed them to sway public opinion in their favor and execute their plan.

In his final broadcast, on November 5, 2011, Bill Cooper talked about planning to write a book detailing his tour of duty in Vietnam. He said he was dedicating it to everyone who had served during the war.

Later that evening, while he was in his home in Eagar, Arizona, the Apache County Sheriff’s Department paid him a visit. He had been accused of brandishing a gun around and the police officers had a warrant for his arrest.

However, the officers pulled up in unmarked vehicles, without wearing uniforms, and used trickery to draw him out.

Sources claim the officers positioned themselves in a cul-de-sac often frequented by teenagers who would party and leave trash behind. The officers began making a lot of noise and Cooper came out to confront them, believing they were nothing more than drunken juveniles.

The officers would not identify themselves so Cooper threatened to call the police. As he was heading back inside, shots were fired.

The outcome saw a police officer being killed, but so was Cooper. Nobody knows who fired the first shot and it is unclear whether Bill Cooper carried a gun at the time of his death.

The mystery surrounding Cooper’s death has led many into believing it was not accidental, but rather a carefully planned and executed plot to remove an “undesirable element.”