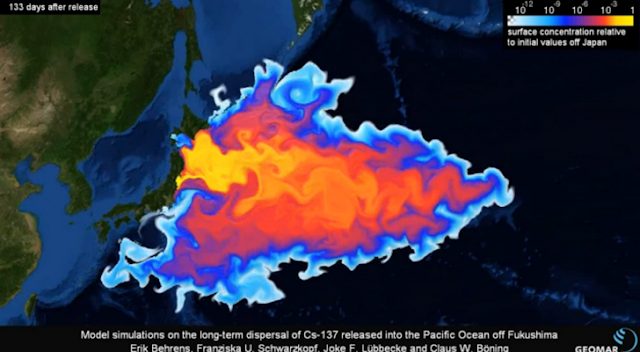 As most of you reading this already know, 2011 bore witness to one of the darkest days of human environmental history.

That year, a nuclear disaster occurred at the Fukushima Nuclear Power Plant after a massive 9.0 earthquake triggered a tsunami, resulting in the nuclear meltdown of three of the plant’s six nuclear reactors.

Again, this is one of the (if not the) most disastrous environmental incidents in the history of the human race.

You could argue that the BP oil spill of the year prior was on the same level, but it doesn’t matter; these types of catastrophes happen every day on our planet, and the corporations responsible do their best to cover up the facts and influence the public into thinking that it’s not as bad as it looks. 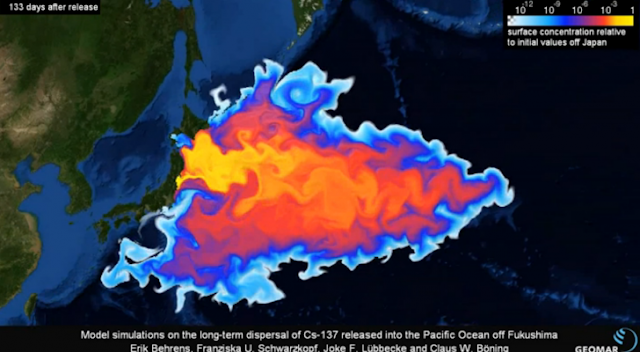 But it is far worse than we even realize, and these events serve as a great opportunity for us to wake up and realize that the time for change is here.

Or do we need yet another lesson?

With Fukushima, we are talking about serious radioactive water leakage. Just a couple of months ago, the facility’s operator, TEPCO, announced that contamination levels have spiked up to 70 times over regular readings. This was happening because of a gutter that pours rain and ground water from the plant to a nearby bay. (source)

Furthermore, in that same time period TEPCO also announced that a staggering 750 tons of contaminated rainwater have escaped the plant. (source)(source)

This is one of many examples of continual contamination of the Pacific Ocean, and the entire planet. It’s no secret that TEPCO has had a very hard time dealing with this, and they also recently announced that they would miss their toxic water cleanup deadline.

A recent report by UN nuclear watchdog (IAEA) stated that Japan had made significant progress, but there is still a radioactive threat, and a “very complex” scenario at Fukushima. (source)

This type of thing has been happening since the earthquake first occurred. The Japanese government made it clear in 2013 that a minimum of 300 tonnes of contaminated water has been pouring into the Pacific Ocean every single day.

That means that approximately 300,000 tonnes (minimum) of contaminated water made its way into the Pacific Ocean by March of 2013. Just imagine what that number is now. (source)

It’s also noteworthy to mention that TEPCO had to dump 3 million gallons of contaminated water into the Pacific to make room in its storage ponds for water that was more heavily contaminated, which they needed to pump out of the damaged reactors to try and get them under control. (source)

Again, these are minimum amounts, as TEPCO has spent a great deal of time denying the truth and trying to conceal information.

Even after the immediate crisis eased, scientists continued to find radioactive contamination in the waters off the plant.

“Ken Buesseler, a senior scientist with the Woods Hole Oceanographic Institution who has analyzed thousands of samples of fish from the area, said he’s continued to find the high levels of cesium-134, a radioactive isotope that decays rapidly. That indicates it’s still being released.” (source)

He stated that “it’s getting into the ocean, no doubt about it. The only news was that they finally admitted to this.” (source)

“This is one of the most monstrous cover-ups in the history of medicine.” – Dr Helen Caldicott, personally nominated for the Nobel Peace Prize by Linus Pauling

You can view what she had to say about the crisis here.

In 2014, Bronwyn Delacruz, a high school student from Grande Prairie, Alberta, discovered that a variety of seafood, particularly seaweeds, are littered with high levels of radiation. You can read more about that here.

Extremely low levels of radioactive cesium-134 were also detected about 100 miles off the coast of Eureka in northern California. You can read more about that here.

A study published in the peer-reviewed Open Journal of Pediatrics has found that radioactive Iodine from Fukushima has caused a significant increase in hypothyroidism among babies in California, and this was a study that was conducted two years ago. They determined that:

“Although less than three years have elapsed since the meltdown, health effects of low-dose exposures from fallout should be analyzed, especially for those in the earliest stages of life.

“Health status measures after March 2011 such as infant deaths, neonatal deaths, birth defects, stillbirths, low weight births, premature births, and cancers in the first year of life can be analyzed.

“Short-term findings of the young can serve as a warning about potential long-term adverse health effects on populations of all ages. Fukushima fallout appeared to affect all areas of the US, and was especially large in some, mostly in the western part of the nation.” (source)

You can read more about that, and view the study here.

Just to reiterate, every single year since the disaster happened, there has been undeniable evidence that the plant was leaking every day for the first two years, and for the last couple of years there have been confirmed leaks as well.

It Doesn’t Have To Be This Way. We Can Change.

First of all, Japan built this reactor on an earthquake fault, and the GE engineers who were involved resigned because they knew this (as Dr Helen Caldicott explains in a source linked above).

If you look at how many nuclear reactors have been built on earthquake fault lines, it will make you scratch your head. Why are we using the same energy that’s used to blow up nuclear bombs to generate power when we have several other ways to do so?

Why are we using nuclear power to boil water, using that heat to turn it into steam, to turn a turbine that generates electricity? How primitive are we?

We are starting to realize that this is a huge mistake, we are dealing with radioactivity here that, were you to stand next to it for even a couple of seconds, you would die. We’ve already seen the effects travel all the way to North America., as mentioned above.

The world’s largest private bank, UBS, is urging investors to join the clean, renewable energy movement. Analysts at the bank say that power plants in Europe might be extinct within the next 10 to 20 years.

“Most of the plants retiring in the future will not be replaced, large scale power plants could be on the path to extinction.”(source)

We could use solar power to provide energy to the entire planet. A team at IBM recently developed what they call a High Concentration Photo Voltaic Thermal (HCPVT) system that is capable of concentrating the power of 2,000 suns, they are even claiming to be able to concentrate energy safely up to 5,000X, which is huge. You can read more about that here.

Over-unity breakthroughs are also being made, which means the second law of thermodynamics must be adjusted to account for the fact that space is not empty. Here is one example coming out of India.

Here is a video of a NASA astronaut and Princeton physics professor explaining the reality of these devices. Here is a clip of another renowned physicist doing the same, with more links to publications within the article.

We have so many plausible solutions to our environmental problems just waiting to be taken advantage of,  but many people have a hard time accepting the fact that they are both feasible and affordable.

We (the human race) need to grow out of our adolescence and into adulthood. It’s time to move on and embrace new ways of doing things; people are working hard to come up with alternatives and we should be making every effort to adapt.

Old habits die hard, but we need to learn from our mistakes and ensure a brighter future for the generations to come.

Continue reading: Fukushima in a Nutshell: Here is the Truth