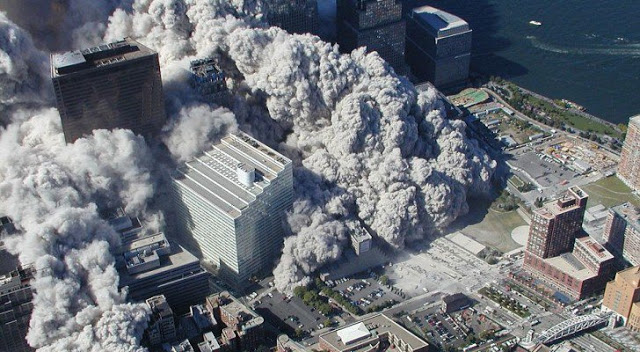 What happened on 9/11 was a horrific and unnecessary tragedy, and there are multiple reasons why many victims’ families, along with half the population of America (approximately 160,000,000 people, according to the latest polls), don’t even believe the official explanation given to them by the government. It’s called evidence, and there is an abundance of it.

One example, of a seemingly endless number of ambiguities surrounding 9/11, is the topic of “false flag terrorism.”

False flag terrorism is the idea that a government would stage a terrorist attack in their own country in order to justify war and the infiltration of a foreign country for their own purposes. This appears to have been the motivation behind 9/11, as well as several other ‘terrorist’ attacks which have occurred around the globe. 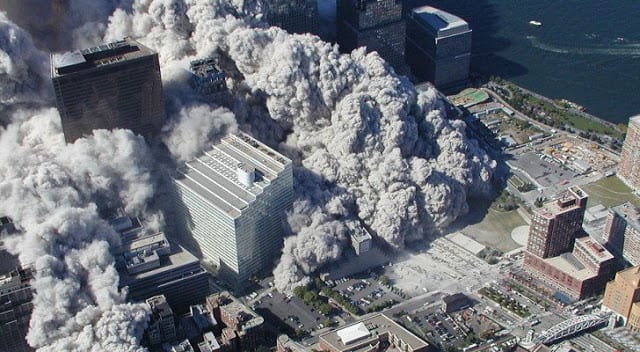 “The truth is, there is no Islamic army or terrorist group called Al-Qaeda, and any informed intelligence officer knows this. But, there is a propaganda campaign to make the public believe in the presence of an intensified entity representing the “devil” only in order to drive TV watchers to accept a unified international leadership for a war against terrorism. The country behind this propaganda is the United States.” – Former British Foreign Secretary, Robin Cook

This notion of false flag terrorism has become more substantiated for a few reasons. One of them is the documents which show that Western intelligence agencies have been funding and supplying the very same terrorist groups they claim to be “fighting” against for years, documents which clearly establish links between Al-Qaeda and the Central Intelligence Agency (CIA).

More attention was brought to this possibility in the mainstream world when the British Broadcasting Corporation (BBC) mentioned it in 2004. It’s a well known fact that the United States funded Al-Qaeda 20 years ago…

There is no shortage of information when it comes to the CIA/Al-Qaeda connection, and a simple Google search would suffice to show you that.

“Most terrorists are false flag terrorists, or are created by our own security services. In the United States, every single terrorist incident we have had has been a false flag, or has been an informant pushed on by the FBI. In fact, we now have citizens taking out restraining orders against FBI informants that are trying to incite terrorism. We’ve become a lunatic asylum.” – David Steele, a 20-year Marine Corps intelligence officer, and the second-highest-ranking civilian in the U.S. Marine Corps Intelligence (You can read more about David, and find the source of that quote in this article.)

Related: US Intelligence Officer: ‘Every Single Terrorist Attack in US Was a False Flag’

As soon as that connection was exposed, a new threat emerged… ISIS. Then, Sibel Edmonds, FBI whistleblower and founder of of the National Security Whistleblowers Coalition (NSWBC), said what many people were already suspecting, that the United States is simply reviving the terror scare with ISIS to promote the “terror war industry.” (source)

The list literally goes on and on, and I thought I would leave you with this video about ISIS, created by award-winning journalist Ben Swann, which might give you something to think about regarding the ‘terrorists’ that were supposedly responsible for the events that happened on 9/11.


Another piece of information that people are still waking up to regarding 9/11 is the fact that over 2200 architects and engineers who come from the top of the industry and academia have crushed the ‘official’ 9/11 commission report.

“All three buildings were destroyed by carefully planned, orchestrated and executed controlled demolition.” – Professor Lynn Margulis, Department of Geosciences, University of Massachusetts at Amherst and National Academy of Science member, one of many academics who has been very outspoken regarding 9/11 (source) (source)

Below is a video interview with Richard Gage, the founder of Architects and Engineers for 9/11 truth, regarding the scientific inconsistencies which have been reported as truth surrounding all three buildings.

Don’t forget about building 7… the one that collapsed, the one that was not hit by a plane  at all (touched upon in interview below).


Furthermore, the firefighters that were actually called to the scene on that day have spoken out many times. Here is an article published earlier this year with a video of two firefighters who were in the buildings at the time, having no doubt that what they were hearing was multiple explosions.

Furthermore, the response (or lack thereof) to questions about 9/11 from those within the government has been quite revealing. Politicians are constantly cowering away, refusing to answer any questions at all when confronted. Here is a great example of Vice President Biden being asked.

The list of reasons as to why people are so suspicious is incredibly long, and for the interest of keeping this article as short as possible, I encourage you to further your research if you are just starting to wake up to this kind of information.