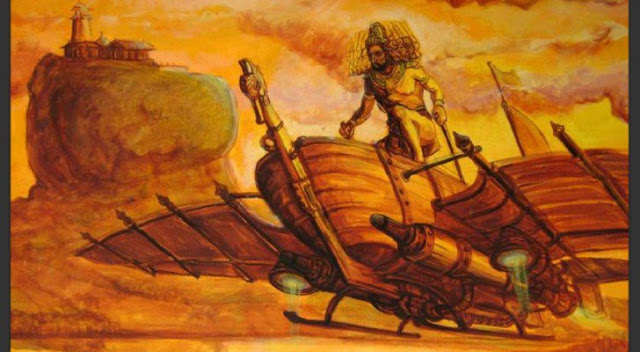 Did you know that NASA recently brought together scientists, philosophers and theologians from all over the planet to prepare the world for extraterrestrial contact?

India’s greatest writings, the Vedas, talk about ‘flying ships’ or UFOs that visited the continent likely more than 6000 years ago. 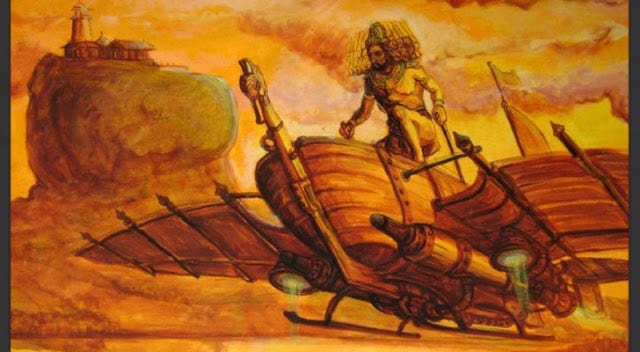 It isn’t going to take that long. UFOs have already been visiting us for centuries.

Stofan goes on to say:


The truth is – people haven’t just wondered. They’ve known. Visitations by other-worldly beings have been happening through many cultures around the world, possibly for eons, and this is ‘disclosed’ in numerous ancient documents.

When the military industrial complex, or, NASA, as a small part of the cabal strong arm ‘discloses’ that ‘we’re going to have definitive evidence within decades’ it’s a ruse.

Even JFK’s murder, and the silencing of thousands of whistleblowers is less astounding when you consider how long many human beings have been aware of the existence of UFOs and extraterrestrial beings.

While the efforts to hide this fact from modern humanity have been circumspect in the least, this news has very much been out in the open for those willing to look.

Only in very recent times have human beings questioned whether or not we were joined by other life forms in this universe. There is good reason for this.

The Vedas illustrated two main categories for UFOs. They are described in Sanskrit, using terms that are normally reserved to describe architecture, automata, military siege engines, and other mechanical contrivances, or in more recent works, such as the Mahabharata (also available on Amazon), the Puranas, and the Ramayana, there are more descriptions.

One book called the Vaimanika Shastra (The Science of Aeronautics) is said to have been downloaded while a yogic sage was deep in trance, and it supposedly contains much knowledge from the Akashic records.

Some of these texts infer that these crafts were controlled with our minds – essentially utilizing advanced technology which has been withheld from the masses in modern times.

Levitation and anti-gravity could have been utilized for centuries. Boeing, the world’s largest aircraft carrier manufacturer, recently declared that they were ‘working on’ anti-gravity and that it would ‘alter the entire aerospace industry,’ but they aren’t working on anything new.

Many believe that the Vedas speak of not only off-planet “flying ships” but also human-created craft.

Dr. V. Raghavan, a respected Sanskrit scholar of the University of Madras points to the ancient documents of India to prove that off-planet humans, and aliens alike visited the earth.

“Fifty years of researching this ancient work convinces me that there are living being s on other planets, and that they were visiting the earth as far back as 4000 B.C..”

He goes on to explain:

“There is a just a mass of fascinating information about flying machines, even fantastic science fiction weapons, that can be found in translations of the Vedas (scriptures), Indian epics, and other ancient Sanskrit text.”

The scholar explains different types of technologies that appear in the Mahabrahata, and the Ramayanas. Everything from ‘divine light’ to ray weapons, and even some kind of ‘hypnotic weapon’ is described.

When Boeing admits that they are working on anti-gravitation propulsion, “that will change the future of aerospace aviation as we know it,” and Eugene Podkletnov’s gravity beam is said to be able to “punch through brick and warp metal like a sledgehammer,” it becomes clear that some very powerful technologies have been suppressed.

Likely, beings that visited our planet over millennia shared at least some of their advanced technologies with humans.

Though some of these technologies can be used to wage war, some can be used to support life, and in our case, clean up a distressed planet. As Collective Evolution previously reported, multiple scientists have already confirmed that free energy exists.

As the Orion Project explains, “the U.S. Patent Office has a nine-member committee that screens patents in order to protect “national security.”

This means that possibly tens of thousands of advanced devices and technologies exist right now.

When disclosure occurs – again – we will learn of technologies hidden in over 4000 ‘unnumbered’ patents that the US government keeps hidden, and likely even more than this.

For thousands of years, we’ve been kept in the dark, but this is all about to change – possibly as soon as September.

By Christina Sarich, Collective Evolution
The Ancients Knew Earth Was A Sphere At Least 2,000 Years Before Columbus Previous post
5 Ways Benevolent Extraterrestrials Could Save Our Civilization Next post