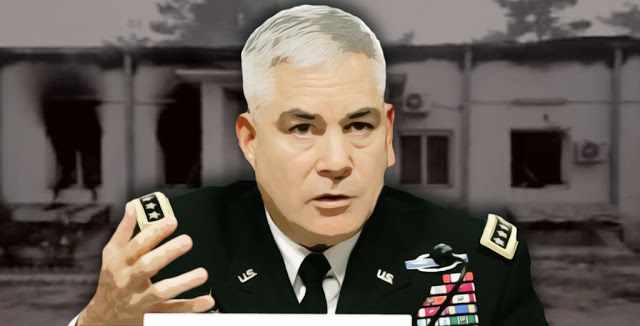 After Knowingly Bombing a Civilian Hospital and Being Accused of War Crimes, the U.S. Changes Story Four Times in Four Days

After relentlessly bombing a civilian hospital staffed by Médecins Sans Frontières (MSF — Doctors Without Borders) in Kunduz, Northern Afghanistan, the U.S. military did the only thing truly befitting American government — it tried to get away with it.

Saturday’s initial summary involved U.S. troops taking on fire in Kunduz, but — according to officials that day — they had no idea if they’d hit the hospital or not.

After a day to fully concoct recall those events, Sunday’s military brief said the strike occurred in the “vicinity” of the hospital so, sure, maybe it was hit by accident. 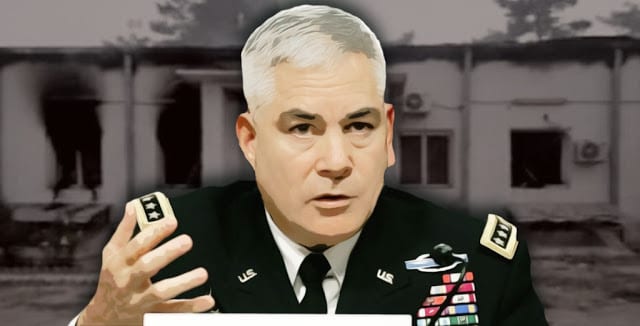 Deciding that didn’t quite seem plausible exact enough, General John Campbell, commander of the U.S. and NATO [quasi]-war in Afghanistan, claimed the U.S. had never faced a threat on Saturday but were called to assist Afghan troops in the area.

And then Tuesday, the latest available only because it isn’t yet time for the Wednesday version, Campbell expounded on Monday’s version of events, adding that U.S. forces had both called in and carried out the airstrike at the behest of Afghan forces.

“Today’s statement from General Campbell is just the latest in a long list of confusing accounts from the U.S. military about what happened in Kunduz on Saturday,” said Jason Cone, U.S. Executive Director of Doctors Without Borders.

“They are now back to talking about a ‘mistake.’ A mistake that lasted for more than an hour, despite the fact that the location of the hospital was well known to them and that they were informed during the airstrike that it was a hospital being hit. All this confusion just underlies once again the crucial need for an independent investigation into how a major hospital, full of patients and MSF staff, could be repeatedly bombed.”

From the beginning, MSF insisted no gunfire originated in the hospital — a claim the U.S. implied and Afghan officials expressly stated. Crucial in deducing whether the catastrophe — one that left 12 MSF staff and ten patients mortally injured — amounted to a war crime is an examination of events under the microscope of international laws of war.

As becomes quickly apparent, there are a bevy of reasons the U.S. military continues to tidy its explanation of the bombing.

According to the laws of war, direct attacks on such civilian facilities as domiciles, hospitals, places of worship, schools, etc. is prohibited, except in truly definitive cases whose general circumstances involve the military employment of said facility by opposing forces.

Here, of course, MSF personnel on scene at the time refute official claims — no matter what those claims involve at any given moment.

Even in those instances, the attacking party is required to give the targeted facility fair warning it will be subject to bombardment.

But advanced warning wasn’t given to the hospital in Kunduz, which by some accounts suffered bombardment for a full ninety minutes — including up to 45 minutes after the military was alerted to the ostensible targeting error.

“Any serious violation of the law of armed conflict, such as attacking a hospital that is immune from intentional attack, is a war crime. Hospitals are immune from attack during an armed conflict unless being used by one party to harm the other and then only after a warning that it will be attacked,” explained Mary Ellen O’Connell, professor of international law at Notre Dame.

MSF International President Joanne Liu concurred, saying the decision to “raze to the ground a fully functioning hospital… amounts to an admission of a war crime.”

Like ducks in rain, U.S. officials in recent decades have repeatedly repelled charges of war crimes — notwithstanding actual culpability. But the Kunduz hospital bombing — whatever excuse U.S. government chooses to wrap it with — could feasibly be the world’s last straw.

Quantum Entanglement Verified: Why Space is Just the Construct That Gives the Illusion of Separate Objects Previous post
Russian Airstrikes Destroy 40% of ISIS/ISIL Infrastructure in a Week — USA Complains Next post