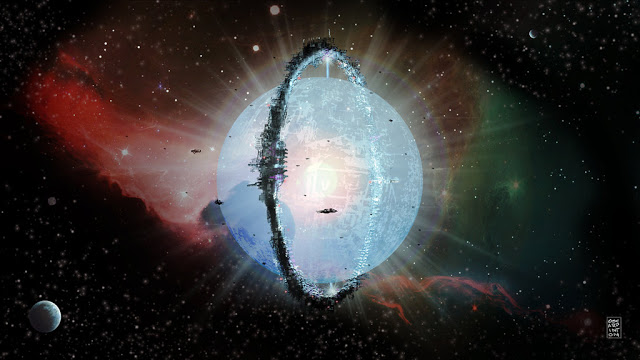 A large cluster of objects in space look like something you would “expect an alien civilization to build”, astronomers have said.

Jason Wright, an astronomer from Penn State University, is set to publish a report on the “bizarre” star system suggesting the objects could be a “swarm of megastructures”, according to a new report.

“I was fascinated by how crazy it looked,” Wright told The Atlantic. “Aliens should always be the very last hypothesis you consider, but this looked like something you would expect an alien civilization to build.”

The snappily named KIC 8462852 star lies just above the Milky Way between the constellations Cygnus and Lyra. It first attracted the attention of astronomers in 2009 when the Kepler Space Telescope identified it as a candidate for having orbiting Earth-like planets.

But KIC 8462852 was emitting a stranger light pattern than any of the other stars in Kepler’s search for habitable planets. 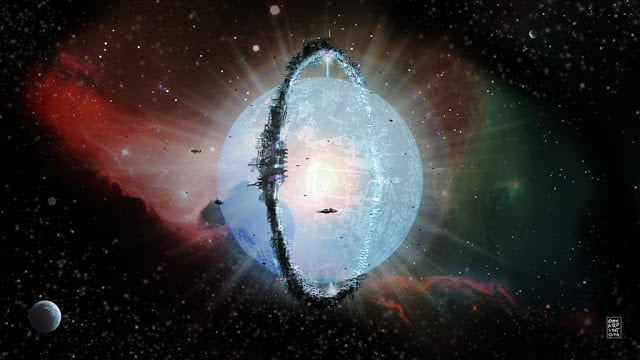 Kepler works by analyzing light from distant places in the universe — looking for changes that take place when planets move in front of their stars. But the dip in starlight from KIC 8462852 doesn’t seem to be the normal pattern for a planet.

Tabetha Boyajian, a postdoc at Yale told The Atlantic:

“We’d never seen anything like this star. It was really weird. We thought it might be bad data or movement on the spacecraft, but everything checked out.”

In 2011 the star was flagged up again by several members of Kepler’s “Planet Hunters” team – a group of ‘citizen scientists’ tasked with analysing the data from the 150,000 stars Kepler was watching.

The analysts tagged the star as “interesting “ and “bizarre” because it was surrounded by a mass of matter in tight formation.

This was consistent with the mass of debris that surrounds a young star just as it did with our sun before the planets formed. However this star wasn’t young and the debris must have been deposited around it fairly recently or it would have been clumped together by gravity – or swallowed by the star itself.

Boyajian, who oversees the Planet Hunters project, recently published a paper looking at all the possible natural explanations for the objects and found all of them wanting except one – that another star had pulled a string of comets close to KIC 8462852. But even this would involve an incredibly improbable coincidence.

That’s when Wright, the astronomer from Penn State University and his colleague Andrew Siemion, the Director of SETI (Search for Extra-Terrestrial Intelligence) got involved. Now the possibility that the objects were created by intelligent creatures is being taken very seriously by the team.

As civilisations become more technologically advanced, they create new and better ways of collecting energy — with the end result being the harnessing of energy directly from their star. If the speculation about a megastructure being placed around the star system is correct, it could for instance be a huge set of solar panels placed around the star, scientists say.

The three astronomers want to point a radio dish at the star to look for wavelengths associated with technological civilisations. And the first observations could be ready to take place as early as January, with follow-up observations potentially coming even quicker.

“If things go really well, the follow-up could happen sooner,” Wright told The Atlantic. “If we saw something exciting… we’d be asking to go on right away.”