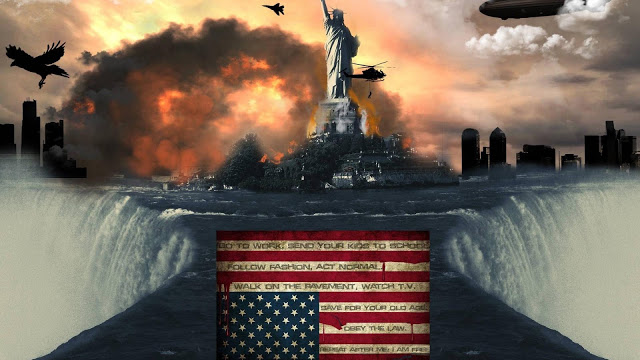 The Illuminati Will Always Win the Elections

The U.S. Presidential election was rigged even before the first ballot was cast. The whole voting system is rigged by the Illuminati to keep their control of the People in the so-called “democratic” societies.

Almost every person in a so-called “democratic” society thinks that so-called elections are REAL. You either vote Republican or Democrat in a two party system, which is NOT what true democracy is all about. If your father or mother was a Democrat or a Republican, that’s who you’ll probably vote for.

They taught you in school about the so-called “democracy” and about George Washington and all other Presidents never telling lies… yeah, right, sure. They taught you about every war that was ever fought and how proud you should be because America won.

Early on, children are taught that war and the killing of millions of human beings in wars is “normal,” acceptable human behavior, and not the acts of sick, insane, killer MAD MEN. 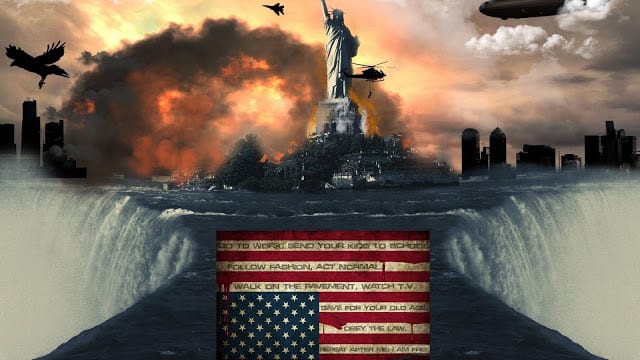 Dropping not one but two atomic bombs on Japan and killing and maiming hundreds of thousands of innocent men, women and children was NOT considered a major war crime and neither President Truman nor anyone else went to jail for committing what could be considered the greatest, most atrocious war crime in history.

It is now known and reported that the Japanese were ready to surrender BEFORE the bombs were dropped.

They don’t teach you in school that America is the most warmongering Nation on the planet and that the Illuminati-manipulated U.S.A. has been responsible for the deaths of over 60,000,000 human beings in 55 wars or U.S. supported conflicts all over the world in the last 65 years.

THE MOST IMPORTANT THING THAT THEY DON’T TEACH IN SCHOOL IS THE EXISTENCE OF A CRIMINAL SUPER SECRET GROUP, CALLED THE ILLUMINATI – WHO ARE OUT TO CONTROL THE WORLD.

Rather than go into the details of who and what the Illuminati are, go HERE and take the time to read for your self how this small secret group has set up a worldwide web of secret societies whose goal it is to pursue their quest for a One World Government, organized as a global fascist police State, ruled by a so called “elitist” dictatorship!

You can also get a detailed historical story of who the Illuminati are in David Icke’s book “The Biggest Secret“.

The Illuminati intentionally and covertly control the publishing companies that write the history books that are used in American schools and other schools throughout the world, so they can write whatever history they want the people to believe in order for them to easily move forward and achieve their agenda.

They have also put together a group of about ten huge multi-national media conglomerates that control EVERY major T.V. and radio station, newspaper, magazine, movie and music company and book publisher.

They want the American people to believe that they live in a democracy and that their elections are “real” and “free” and not manipulated or corrupted. Nothing could be further from the TRUTH.

The American elections are a “staged” Illuminati event to give the American people the belief that a “real” democratic event is happening and that no matter who wins, it is your “patriotic” duty to wave a red, white and blue flag and “blindly” follow that leader and do whatever he says, including killing innocent men, women and children in unnecessary wars from which only the Illuminati profit.

In order for the Illuminati to get their American SLAVES to do their bidding, an intensive daily dose of brainwashing and mind control is in constant play. The Illuminati mind control starts in kindergarten and continues throughout your school years and into your adult life until the day you die.

The Illuminati, through their web of foundations and Fortune 500 corporations, continue the never-ending research on better and better ways of brainwashing and mind control in order to control the over seven billion human beings in this world, so they can’t see the TRUTH about the Illuminati manipulation that is going on right before their very eyes.

As pointed out in David Ickes book “The Biggest Secret“, it has taken this “amazing” organization hundreds and possibly thousands of years to put together their world–wide “brotherhood”, whose sinister, sick, perverted goal is to control humanity according to their point of view and beliefs without the “slaves” realizing that they’re being controlled. Guess what?

It appears to be working and the Illuminati are into their final stage of “total world domination”, which is called their “Great Work of Ages”.

Briefly speaking, the Illuminati control both the Republican and Democratic parties, so no matter which candidate wins, the Illuminati RULE and continue their agenda of total control of America and total world domination.

It is always interesting to see that after an election is over, some people begin to THINK that the elections are rigged. A few people are saying that Kerry and Bush were Skull and Bones fraternity brothers and Kerry threw the election from the start. Well, of course he did.

That’s what the Illuminati planned probably years ago, and Kerry and Bush, two Illuminati “puppets”, were told exactly what to say and do. It’s amazing how these two guys could keep a straight face and not laugh in public as they were “acting” out this whole election charade.

It looks “good” and “real” to the people, who believe in the so called “democracy”. Just take a look at the Nixon/Kennedy election or the Truman/ Dewey election.

Do you remember some years ago when People’s votes could be “bought” for only a dollar?

The main thing to ask in any election is “who is counting the votes and how can it be verified that the count is accurate?” Pretty much, if an organized group of people have the money, power and intent, they can “rig” almost any election. It all happens so fast.

Most elections are over in a 24 hour period. The people manning the voting booths are not properly trained. Things are pretty loose at voting places. As reported some votes disappear, some votes are “accidentally” thrown in the trash, some people are prevented from voting and have no time to challenge this etc., etc., etc.

The corruption in 2004 was so blatant and could be seen by the way the election ended. Here was Kerry conceding the election BEFORE all the votes were counted in Ohio. The election “looked” very close, but the Kerry team never called for any recounts in any State.

Kerry and his campaign team either had to be deaf, dumb and blind to not know that the electronic voting machines were NOT secure and trustworthy and left no paper trail of individual votes, and that the votes could not be properly audited.

Votes could be changed with the click of a mouse. The four companies that made the electronic voting machines just happened to be linked to the Republican party. One executive of one of the voting machine companies made a statement committing himself to deliver votes to Bush.

Yet Kerry and the Democrats never went to court BEFORE the election to challenge this potential criminal fraud from happening.

Americans stood in long lines to vote, when all along the Illuminati had already CHOSEN Bush to continue to lead the American people on the path to death and destruction of Planet Earth.

Bush et al will lie, cheat, steal, rape, torture, kill, which is the modus operandi and mantra of the sick EVIL satanic Illuminati.

The Bush family have proved to be the non-compassionate killers of human beings that the Illuminati have chosen to do their EVIL dirty deeds on the way to their quest for total world domination.

Basically since there are only TWO possible choices in a so-called U.S. “democratic” election and since the Illuminati with their untold wealth CONTROL BOTH the Democrat and Republican parties, it really doesn’t matter who wins the election THE ILLUMINATI RULE!

So if the Illuminati have the money and the power to “rig” every election, why would they go through so much trouble to get their CHOSEN CANDIDATE elected, since it doesn’t matter which candidate wins for the Illuminati to keep their power? Why don’t we ask them?

Probably one of the the most important things the People can do is to bring the Illuminati out of the shadows and into the main spotlight, so humanity can have a chance to expose this sinister evil group and stop them from carrying out their sick killing agenda.

We can have a serious live televised citizen’s investigation of the election “process” and expose how the election is a rigged Illuminati staged event.

The Illuminati and all their connected secret organizations could once and for all be SEEN by the People and everyone could learn about their sick insane perverted trip.

Absolute must read: How the Voting System is Used to Enslave You to THIS Private Corporation

Then after they are EXPOSED on live world wide T.V. for who they are, the People can rid themselves of the Illuminati “rule” and we can possibly get some new kinder, gentler uncorrupted leaders, who have compassion for human life and who really do work for the benefit of humanity. Hopefully then WE can live in Peace!

WHAT DO YOU THINK FELLOW HUMAN BEINGS? SOUNDS LIKE A PLAN?

If the Illuminati are not exposed and stopped ASAP, they will unfortunately be able to continue with their insane agenda to possibly kill BILLIONS of human beings with WMD on Planet Earth.

It’s in every human being’s best interest to take the time to research this information so we can ALL organize ourselves against the EVIL Illuminati menace.