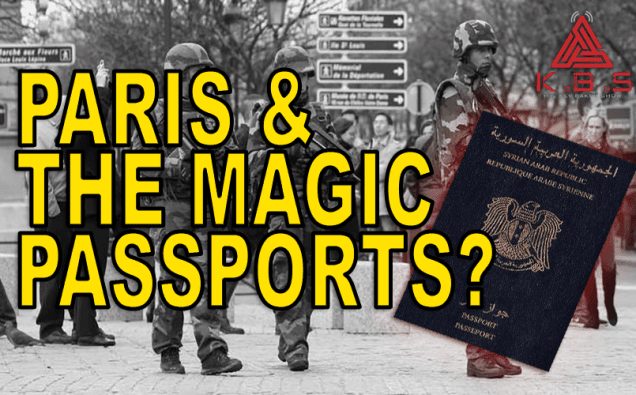 Oops, They Did It Again! Paris Suicide Bombers & the Magic Passports

Two passports have been miraculously recovered from the scene of Friday’s night horrific multiple attacks that hit Paris leaving over 150 people dead.

I say miraculously because they belonged, allegedly, to two of the suicide bombers that incinerated themselves on detonation of suicide vests.

Now, perhaps its just me that sees a problem with this scenario – I mean how on earth are we expected to believe that paper documents could survive the intense explosions and heat, not once, but twice! However, this is not anything new, and in fact its lead many to suspect that international terrorists are issued some kind of James Bond-esque “MAGIC PASSPORTS”. 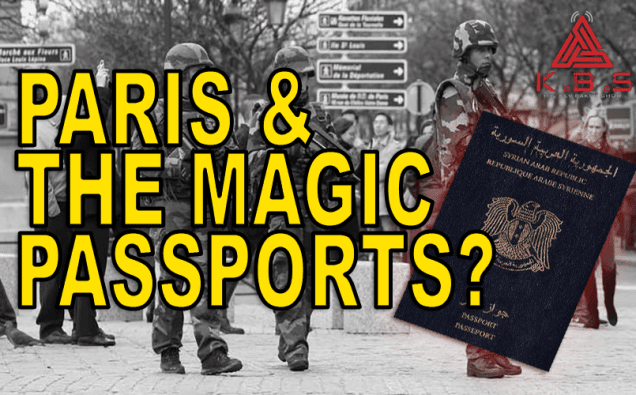 “One of the bombers in the Paris attacks was a young French man known for links with Islamic extremism, a police source has said. The same source said that the gunman had been identified by his fingerprints.

“Meanwhile, French broadcaster BFMTV said that in addition to a Syrian passport found at the scene of a deadly stadium attack in the north of the city, an Egyptian passport was found close to the body of one of the assailants.

“With police now searching for possible accomplices of the Paris terrorists, reports in France also say officers want to trace a suspicious black car with Belgian plates that was seen near the Bataclan venue.”

So, one must question how in the world a passport is able to survive an explosion that leaves not much of the suicide bomber that actually detonated the suicide belt.

Perhaps, and its a stretch, but perhaps if carried in an open pocket on the chest or jacket, the passport could eject itself with the force of the blast. I said it was a stretch but we must keep an open mind and look at all options.


Here’s the problem, this isn’t the first time this has happened. So, if you are new to the world of international terrorism and the strange occurrences that seem to surround the “spectacular” terror attacks, let me show you the original and most famous magic passport of all! 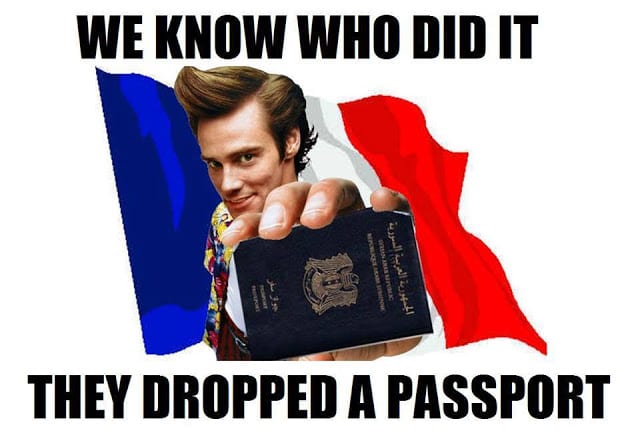 The first such passport, and the smoking gun in my opinion, or smoking document would be more apt, turned up on the streets of New York in the aftermath of the 9/11 attacks on the World Trade Centre.

That’s right, this passport somehow managed to survive a fireball that we are told was hot enough to melt steel and bring down the towers! And there was you wondering why I was calling these things magic!

Lets take a look at that passport, shall we: 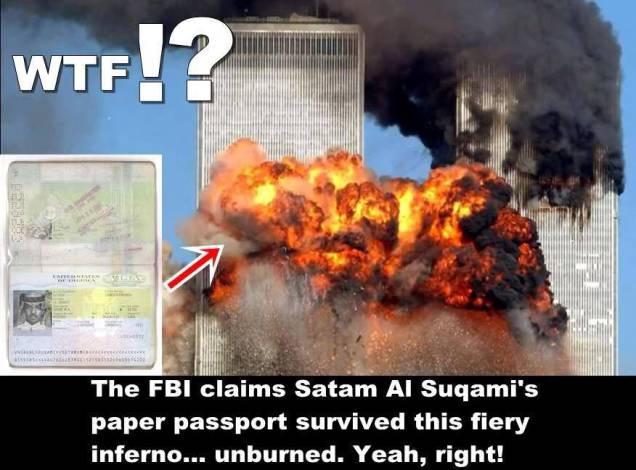 “New York Police Commissioner Bernard Kerik said Sunday a passport belonging to one of the hijackers was discovered a few days ago several blocks from the crash site by a passer-by. Based on the new evidence, the FBI and police decided to widen the search area beyond the immediate crash site.” (source)


So, what is my point I hear you asking? Well, let’s be honest, the chances of these passports just miraculously surviving is at best a long shot, so the question is why do we see passports turning up at all.

Well, in my opinion, this is where those controlling the narrative are able to covertly plant evidence that will steer the story to fit whichever narrative the security services and the governments involved have decided upon.

Right now, France is taking a lead role in the war against IS (well, publicly), with an aircraft carrier on the way to the region and aircraft already taking part in the airstrikes on Syria.

Having a passport belonging to someone from Syria will immediately swing public opinion behind the countries efforts to go after the terrorists.

However, in reality, we know that France are not targeting IS in Syria, nor are any of the western coalition-of-the-killing, and the increase military firepower will all be turned on Assad and his forces as the attempts to remove him intensify, despite the Russian military standing firmly by his side.

By the use of fake documents and backgrounds, it matters not who actually carried out the attack, for the security services can make the evidence appear whichever way they need it to so that the government can follow whatever agenda it is they are working towards.

Don’t lose sight of the fact that it was France that put forward the motion at the UN to recognize Palestinian Statehood.

I mention this because anyone daring to support the Palestinian causes runs the risk of incurring the wrath of Israel and Netenyahu!

Ever wonder why the uber religious Muslim radicals that fill IS ranks never turn on those oppressing the Palestinians? I think you are all clever enough to see exactly what im hinting at here!