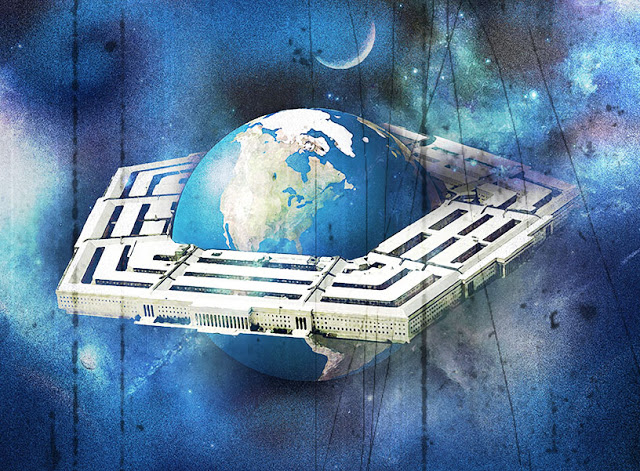 The Disturbing Reason For The Navy’s Trident Missile Test

By now you’ve probably heard all about the strange light that was seen across the western United States and Mexico on Saturday night, as well as the Navy’s explanation for the anomaly.

Apparently, the light was nothing more than a test of a Trident II missile (which is normally armed with a nuclear warhead) that was launched from a submarine in the Pacific.

The only question that remains, is why did the Navy conduct their secret test at a time and place where so many people would be able to see it?

Typically these tests are a quiet affair, and for a very good reason. They don’t want foreign ships to observe these launches, lest they discover some of the capabilities of the missile. 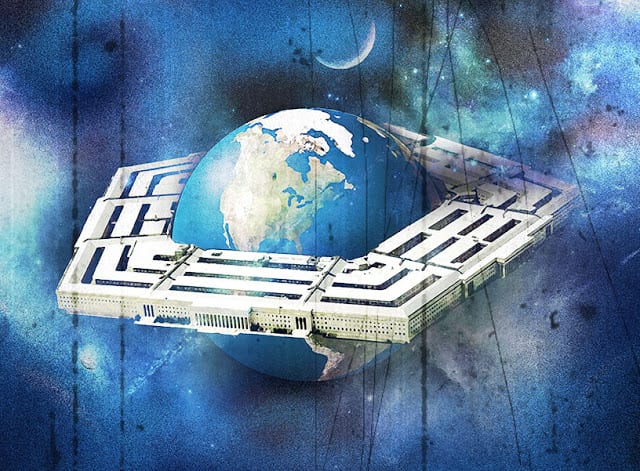 So why run the test at a time of day when the conditions were absolutely perfect for millions of people to witness it?

The sun was at the perfect angle to reflect light off of the missile’s exhaust, which made a brilliant display for witnesses on the West Coast. If the launch had occurred a little earlier or a little later, very few people would have even seen it.

And why bother doing it off the coast of one of largest cities in the world, when you have the entire Pacific Ocean at your disposal?

Truth be told, the Navy has tested this missile over a 150 times before with little fanfare. In fact, they did another test early Monday afternoon and nobody noticed. So what gives?

For now the Navy is playing dumb, and have claimed that they had no idea the test would create such a spectacular view. However, the spectacle seems awfully convenient given the current tensions between the US, Russia, and China.

It’s also pretty convenient, given what Defense Secretary Ash Carter told the media a day before the launch.

“In the face of Russia’s provocations and China’s rise,” Carter said, “we must embrace innovative approaches to protect the United States and strengthen that international order.”

Russia is violating sovereignty in Ukraine and Georgia and is trying to intimidate the Baltic states, and in Syria it is prolonging a civil war, the secretary added.

“At sea, in the air, in space and in cyberspace, Russian actors have engaged in challenging activities,” he told the audience, noting that Moscow’s nuclear saber-rattling raises questions about Russian leaders’ commitment to strategic stability.

“We do not seek to make Russia an enemy,”Carter said. “But make no mistake. The United States will defend our interests, and our allies, the principled international order, and the positive future it affords us all.”

It’s beginning to look like our government just wanted to flex its military might in front of the entire world. And when you think about it, this was the perfect way to do that without compromising the capabilities of the missile.

If they had announced the launch ahead of time, it would have given Russian and Chinese submarines the opportunity to observe the launch up close, and learn a few of its secrets.

But this way they could keep the launch under wraps until the last minute, while still making a massive spectacle that would explode all over social media.

There’s a very good reason why this show of force involved a Trident missile as opposed to other nuclear or conventional deterrents.

This system is probably the single biggest military threat to Russia and China, because it gives our military a stealthy, mobile launch pad for missiles that can strike at incredibly long distances, and at very high speed.

To give you an idea of what the Navy just showed off, each nuclear armed submarine can carry 24 Trident II missiles, and each missile can carry multiple nuclear warheads.

Each warhead can have a yield of up to 475 kilotons, and is capable of acquiring independent targets. It has a range of 4000 nautical miles, and can reach a speed of over 18,000 miles per hour.

In other words, a few submarines placed between Hawaii and California could put an end to China in about 15 minutes.

Essentially, the military just issued a not-so-friendly reminder to China and Russia: They are still the toughest kid on the block, and they are still fully capable of turning their enemies into radioactive dust at a moment’s notice.

It’s also the same sort of irresponsible and bellicose show of force that every dying empire gives in its final days.

It’s a sign that our government can no longer dominate the planet by conventional means. If they could, this nuclear display would be unnecessary.

Let’s just hope that the belligerent and increasingly desperate power players in Washington never make good on their threat.

This Combination Could Save Lives: Black Pepper and Turmeric (Anti Cancer & Weight Loss) Previous post
Physicists Say Consciousness May Be A State Of Matter: The Non-Physical Is Indeed Real Next post