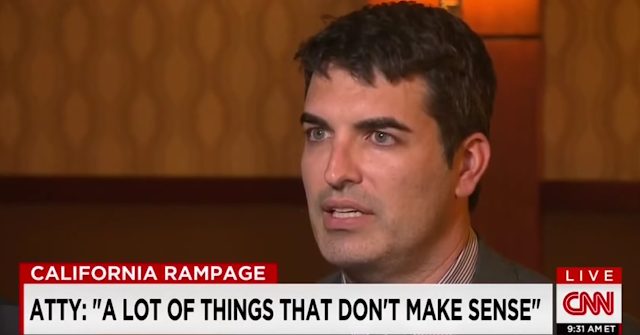 In the aftermath of the San Bernardino shooting this week, there have been a lot of conspiracy theories to emerge.

The fact that there was very little about the alleged shooters that fit any profile a terror attackers has added to the speculation.

But early Friday morning, CNN anchor Chris Cuomo grew visibly frustrated with attorneys for the family of the accused San Bernardino shooters when they spoke out and said that Syed Farook and Tashfeen Malik may not have had anything to do with the mass shooting whatsoever. 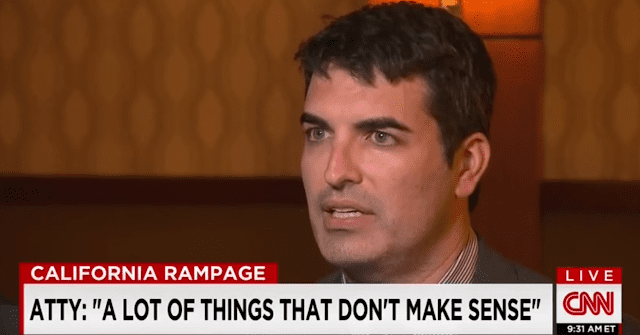 “It just doesn’t make sense for these two to be able to act like some kind of Bonnie and Clyde or something. It’s just ridiculous. It doesn’t add up,” attorney David S. Chesley said in the interview with Cuomo.

He noted that the couple had zero training or “military skills” which would have been necessary to carry out the sort of attack described by law enforcement and the media.

He added that Malik was only “about 90 pounds” and couldn’t even carry an assault rifle, let alone blast round after round.

“Are you saying you’re not sure that they did this?” Cuomo replied, astonished that the attorney would question the law enforcement and media narrative.

Chesley answered that even the FBI was “totally stumped” and “totally frustrated” when trying to analyze this case and determine a motive.

“Really, everyone is clueless because there’s nothing that would characterize him to act in this manner,” he continued.

Cuomo then asked the other attorney, Muhammad Abuershaid: “Does the family have any doubts as to whether or not that it was him and his wife who did it? Because the authorities have none, as you know.”

Abuershaid didn’t completely answer, but said that the family has come to terms with the deaths of the alleged shooters, and has been “very accepting” of the information from law enforcement.

Chesley added that the lawyers and family all agree, however, that “the facts don’t make sense.”

CNN’s Cuomo was clearly angered at this.

“That’s the part I don’t get,” he rebuked the attorneys. “You know the officers say they took fire from this SUV, the people in the SUV were him and her — that’s kinda the end of the analysis of possibilities.”

Abuershaid cautioned that not all the information has come in yet.

Abuershaid said that it remained to be seen, but they are not necessarily buying the law enforcement and media narrative about the identities of the deceased, alleged shooters.

Watch the clip below, see for yourself and help SPREAD THE WORD!

by countercurrentnews
New Horizons Spacecraft Captures the Passage of a Mysterious Object in the Kuiper Belt Previous post
NASA Engineer: The Billy Meier UFO Case is Real Next post