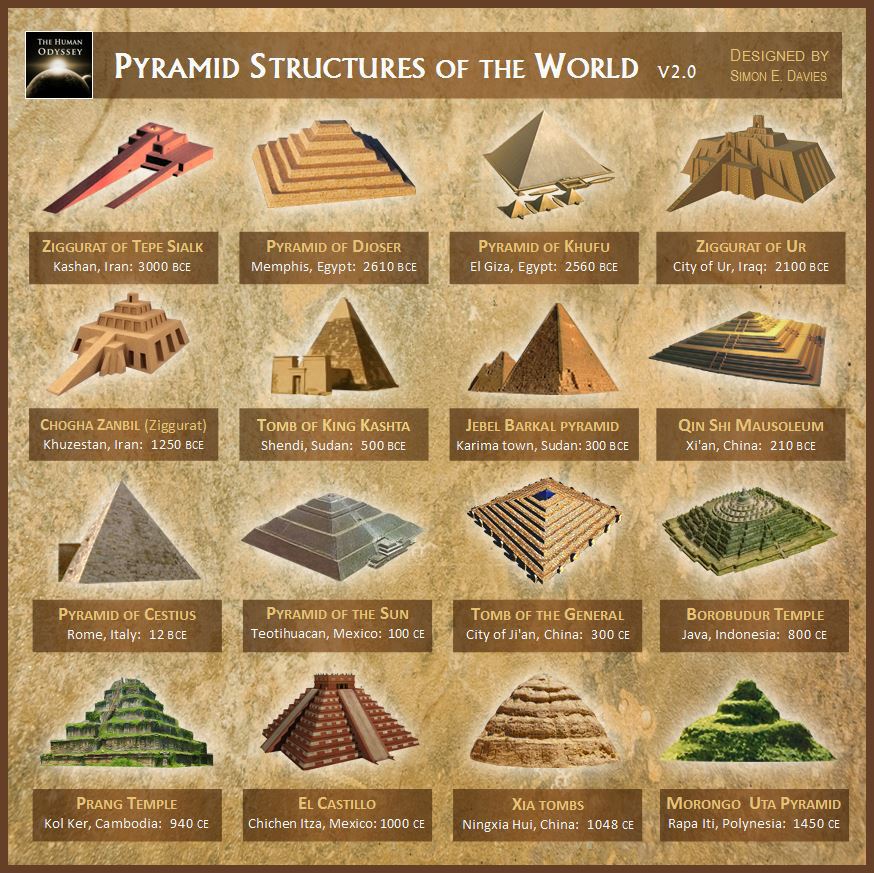 One of the questions most of us have asked about ancient history is why did so any ancient civilizations build Pyramids all over the world?

If these ancient civilizations weren’t interconnected in one way or another… why did they follow a nearly identical architectural pattern? Did they have the same instructor?

There are countless enigmatic questions that still remain a mystery for mainstream scholars when it comes to ancient civilizations and their development.

Here we have a few of the most incredible similarities among prehistoric civilizations that prove they shared a universal scientific knowledge, something that mainstream scholars are certain is impossible.

1. Why did the ancients build Pyramids, all over the word? 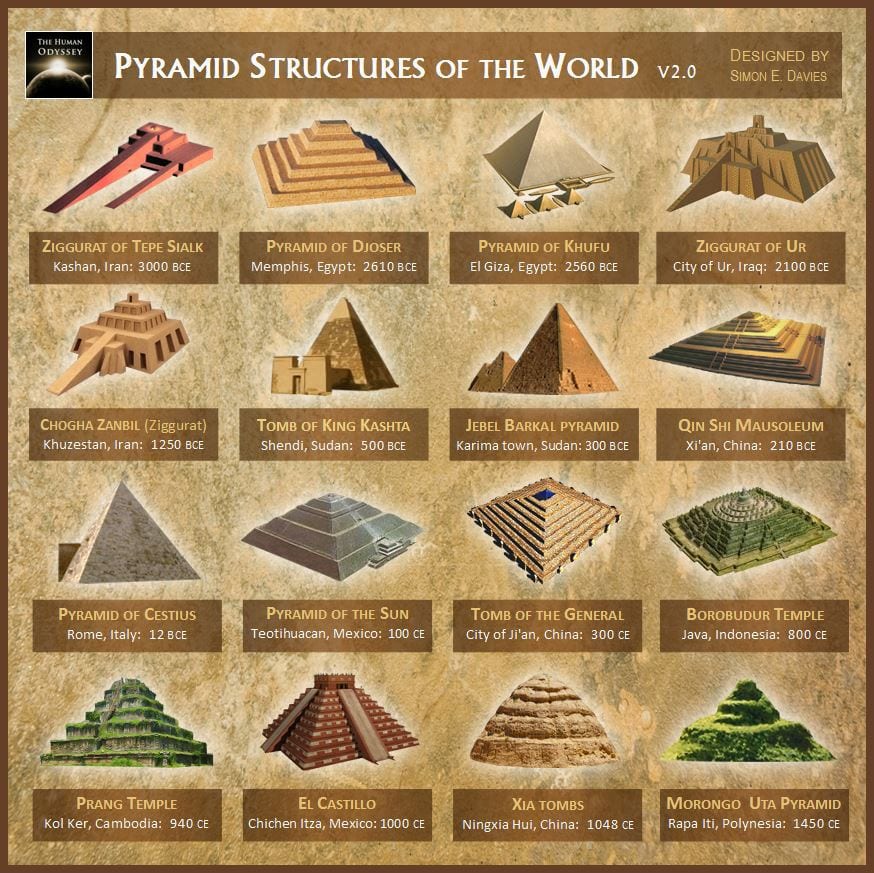 We start off with the building of the Pyramids. These majestic ancient monuments can be found in all corners of the world, from stepped pyramids, circular and classic pyramid, nearly all ancient cultures around the world built incredible Pyramids that challenge our modern-day understanding of some of the most incredible ancient civilizations on Earth.

Read: The Amazing Connections Between the Inca and Egyptian Cultures

No one has been able to understand what the real purpose of the pyramids was… Where they meant to be used as tombs? As Storage rooms? As monuments to honor the Gods? Or is it possible that, as many believe today, Pyramids were built to harness the natural energy of the planet and the universe?

The Mystery regarding pyramids deepens when you realize that some of them, like the pyramids located in the Giza Plateau are astronomically aligned.

The truth is that, even though we have tried really hard in understanding the fundamental principles of the pyramids that ancient cultures built, we still have no idea how they were able to erect this majestic buildings and what their true purpose was.

Pyramids and their celestial connection 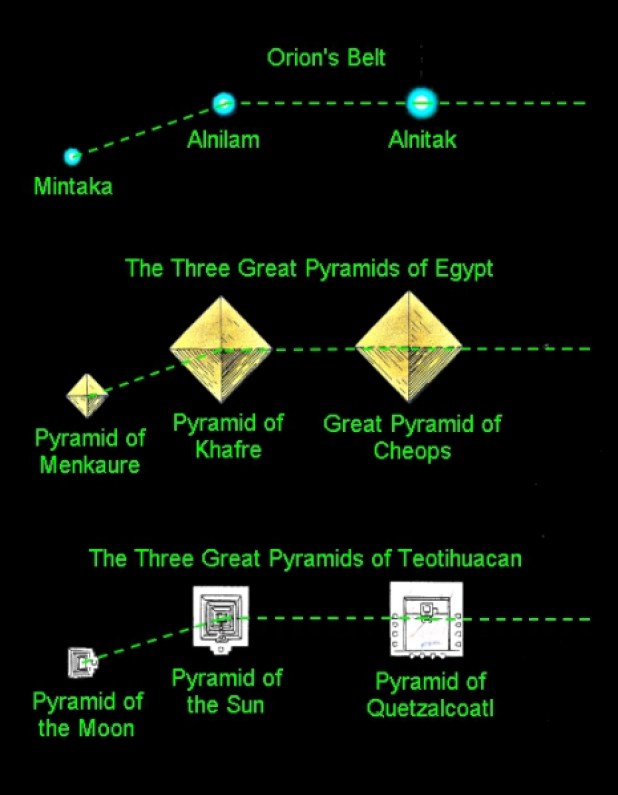 The Xi’an pyramids of China: 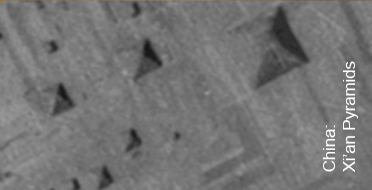 The fact that Cultures and ancient civilizations around the world built incredible monuments is something fascinating, and the fact that nearly all of them share incredible architectural similarities is mind boggling, but we cannot forget their celestial connection that most of them share as well.

If we look at the Pyramids at the Giza Plateau, at the Pyramids of Teotihuacan and even the Chinese Pyramids, we will find out that all of them seem to be aligned to particular constellations.

In this case we are talking about the Constellation of Orion, which apparently was of extreme importance not only to the Ancient Egyptians, but to the Ancient Aztecs and their predecessors, the Ancient Chinese and other ancient civilizations around the world.

The 10th Sumerian Tablet: The Anunnaki Built the Pyramids

How was ancient mankind capable of positioning monuments which such precision in order to mimic the cosmos is something no one has been able to fully understand, and it remains as one of the greatest enigmas ever.

Are the ancient metal clamps real evidence of a lost advanced technology waiting to be re-discovered? Traces of this alleged los technology can be found on megaliths temples and numerous other prehistoric monuments around the world.

What was the true purpose of these ancient metal clamps? And the more important questions no one has been able to answer is: How did this ancient technology spread to other parts of the globe?

Evidence of the ancient metal clamps can be found in constructions in Ancient Egypt, Ancient Greece, Pre-Inca, Inca and other parts of the world.

Is it possible that these ancient builders ad the same teacher? Did they follow the same patter just as they did when they started building Pyramids?

The mysterious T-Grooves have been discovered n Tiahuanaco, Ollantaytambo, Koricancha and the site of Yuroc Rumi, Vilcabamba. These clamps were also used on the Parthenon, on buildings in Mesopotamia, Egypt and Cambodia.

While scientists are still unsure about the exact purpose of the mysterious T-Grooves, some have suggested that they might have been used for some sort of ceremonial purpose while other point that the ancient metallic clamps might have been used to keep huge boulders together, in the right position.

The Swastika symbol, present in nearly every culture of the past 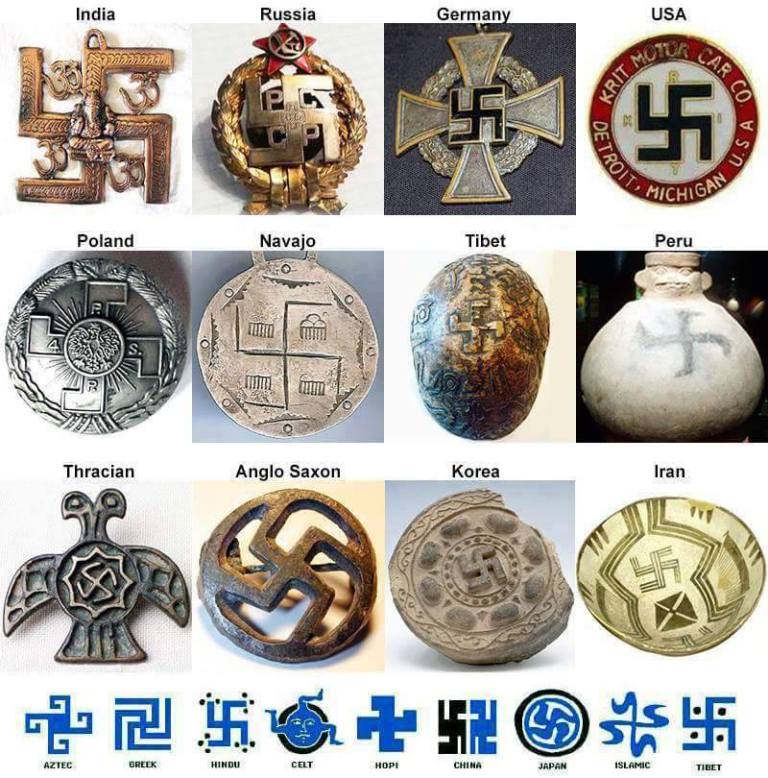 The Swastika, also referred to as the gammadion, is one of the oldest and most widespread symbols on planet Earth.

Read: The 12,000-Year-Old History of the SWASTIKA and Its Esoteric Symbolism

And if you thought it is a symbol that represents evil and death, you are very very wrong. To make it short and clear, the Swastika symbol stands for peace and prosperity and is a very positive symbol.

It is considered a universal symbol and was used by numerous cultures and ancient civilizations throughout history.

As we know it today, Swastika is actually a Sanskrit word which means “that which is good” or “all is well” but some translate it to “lucky or auspicious object”, whatever the translation it is a very positive symbol.

In Hinduism it is a very sacred symbol deeply connected with luck and prosperity, and yes, there is a lot to be learned about this ancient symbol which has been misinterpreted since 1900’s.

Archaeologists have debated about the exact origin and date of the Swastika symbols. Recent research has shown that the earliest known object with swastika-motifs is a bird from the tusk of a mammoth from the Paleolithic settlement of Mezine, Ukraine which dates back between 10,000 and 12,000 BCE. The vinca culture is among the earliest cultures that utilized the swastika symbol.

In Asia, many business organizations use the Swastika symbol officially; for example the Ahmedabad Stock Exchange and the Nepal Chamber of Commerce use it.

Why the symbol of the Swastika spread across the entire planet is still a mystery that archaeologists and historians have failed to understand.

4. The Pine Cone Symbol: Found in nearly every culture around the Globe 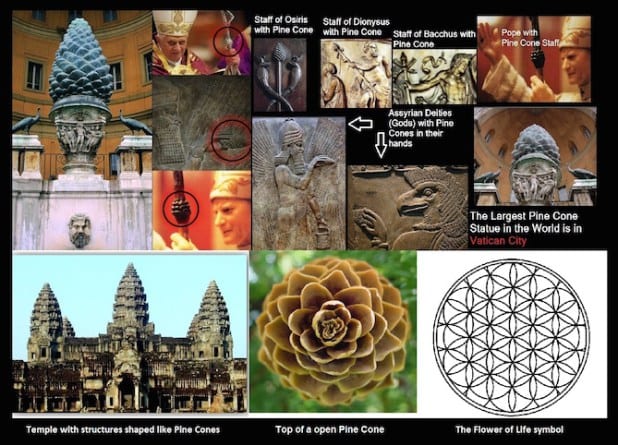 From Ancient Rome to Ancient Mesopotamia, the Pine Cone symbols is without a doubt one of the most mysterious symbols found in ancient art and architecture.

According to many researchers, the Pine Cone symbol points towards the highest degree of spiritual illumination possible, something that was recognized by nearly every single ancient cultures around the globe, embedded into their monuments and art including the Indonesians, Babylonians, Egyptians, Greeks, and Romans.

Strangely, the Pine Cone appeared to have had the same meaning for all of the ancient cultures, symbolizing the secret vestigial organ: the Pineal Gland, also referred to as the “Third Eye.”

Why this ancient symbol spread across numerous ancient civilization is a mystery that just like the Pyramids and Metal Clamps, researchers have failed to understand.