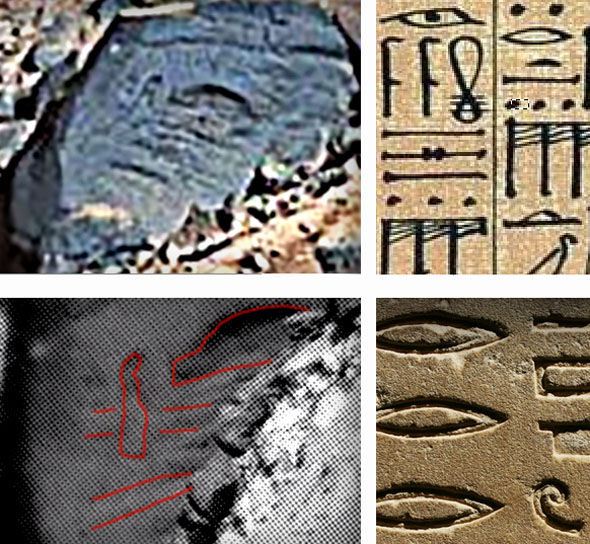 Hieroglyphics Carved Into Rock Found in NASA Images from Mars

According to Ufologists, this could be the biggest ever discovery on the red planet.

While media around the world has a very hard time considering the possibility that some of these images are actually a bit more mysterious than what everyone wants to accept, Ufologists continue looking through thousands of images from Mars, suggesting that some of them are clear evidence that life on Mars existed in the past.

Not only do these images show that Mars was inhabited, civilizations developed on the planet and we are seeing evidence of their existence today thanks to the numerous images NASA’s rovers are sending back to Earth, claim Ufologists. 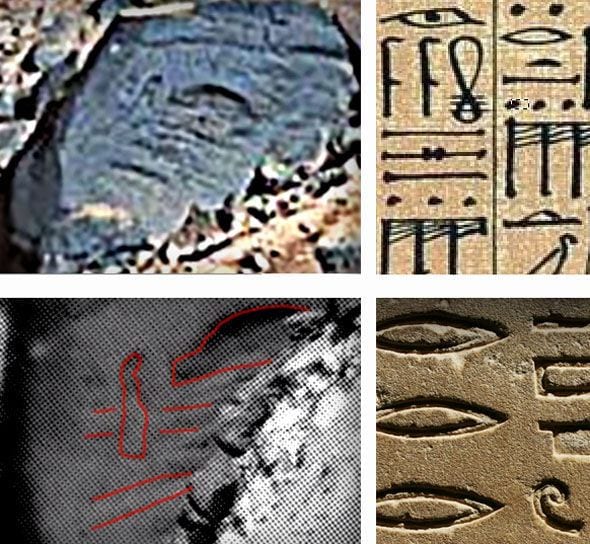 “History is being made here folks… this is something special.”

“This particular NASA photo has a lot in it, but the crown jewel is its hieroglyphs on a large broken wall. The video shows writing on Mars. The writing itself is actually protruding from the wall, instead of carved deeply within it.

“There are a lot of similarities between this and ancient Egyptian hieroglyphs. I went through the photo and found dozens of ancient artefacts, but picked only the best and posted them below. The writing is finally the absolute proof that we needed to prove that these beings were intelligent enough to have a written language.”

While NASA has never commented on any of the images that allegedly are evidence of life on Mars, people around the globe firmly believe that NASA hasn’t been truthful when it comes to Mars.

Alexander: Please also note the pyramids in the background, from 0:23 — 0:30, in the following video:


The following is a video print screen (no enhancements):

They argue that these markings are the remains of a long lost alien civilization from Mars that inhabited the planet in the distant past, when Mars had an atmosphere nearly identical to that of Earth, and liquid water flowing in rivers, lakes and oceans.

Skeptics on the other hand believe the evidence is completely nonexistent and that the patterns, artifacts and other mysterious objects seen in the images are the result of Pareidolia, where our brain tricks us into seeing familiar patterns that do not exist in reality.

There are a lot of different views on the mysterious images, one commentator wrote:

“The rocks in the original photo all have the same geologic pattern which look like ridges caused by ice or heat or other natural phenomenon.”

“A written language from another planet, it’s the final straw that will reveal disclosure. This is what we need to find more of.”

Remember that not long ago, many people believed it was impossible for Mars to have liquid water flowing on its surface, yet somehow, the impossible became possible when NASA announced the discovery not long ago.

So, who knows, maybe one day we will learn the truth about these mysterious images that have captivated our imagination ever since Curiosity touched down on Mars.

The Illusion of Choice: 90% of American Media Controlled by Only 6 Corporations Previous post
7 Timeless Ideas From 7 Great Minds Who Changed the World Next post