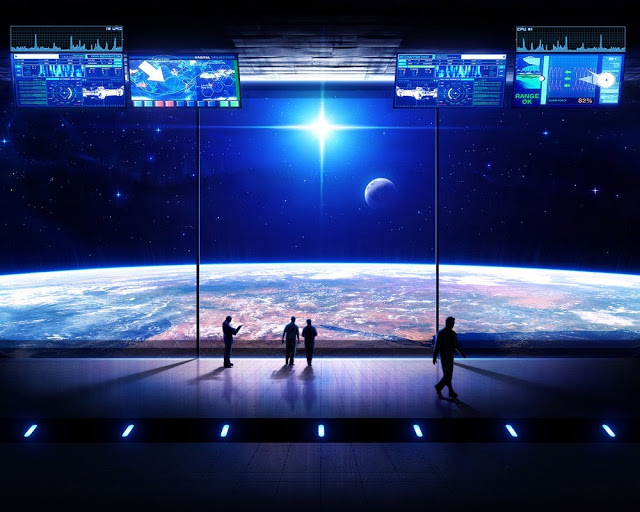 According to a hacker who is facing a ten-year legal battle after breaking into NASA computers, the United States has a fully operational fleet of Space Warships.

Gary McKinnon, firmly believes that he came across the ultimate information that proves the US have a secret space program operated by the Navy with fully operational warships that operate in Space.

In a new interview on UFO channel Richplanet TV, McKinnon finally reveals the entire truth about his findings saying: ‘I kept going for months and months. I kept thinking, ‘They’re going to close this door’.

McKinnon said that he used a software called Landsearch which allowed him to search all files and folders of interest to him. 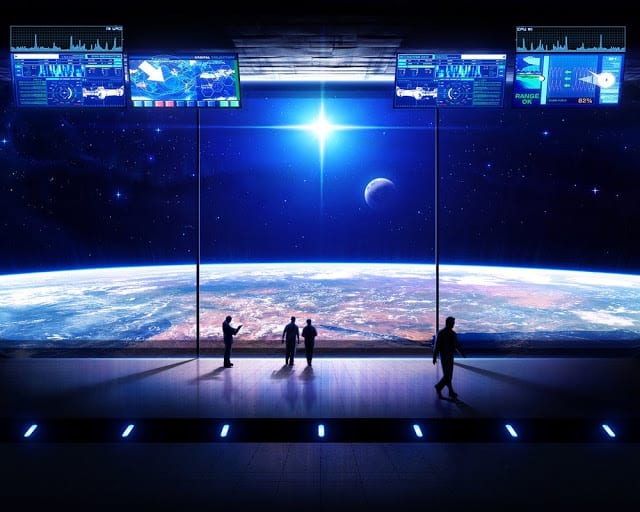 ‘I scanned and looked for documents, I found an Excel spreadsheet which said, ‘Non-terrestrial officers’, states McKinnon.

‘It had ranks and names. It had tabs for ‘material transfer’ between ships. I took that to be, they must have a ships based in space – the names started with U.S.S.’

Gary McKinnon is accused of mounting the biggest ever hack in the history of the Unite3d States by breaking into the computers of the Army, Air force, Navy and NASA.

During his latest interview, McKinnon describes a conversation from a former NASA whistleblower Donna Hare, who had been told by a colleague that NASA was trying to hide delicate information by “airbrushing” UFOs from their photos.

“There was a colleague, who was in another room — they all had secret clearance but they were on different projects — and she (Hare) was in this chap’s lab or room or whatever it is and he said come and take a look at this,” said McKinnon.

While there are many people who firmly believe this is yet another elaborate hoax, there have been a series of former NASA and government employees who back up the claims made by McKinnon.

According to statements from a former Marine not only have humans made it to Mars in the past, but we have developed a secret space program and flotilla that operates in space. The former US Marine, was posted on the red planet for years and his mission was to protect the five human colonies from indigenous life forms on Mars.

According to the former Marine known as Captain Kaye, not only did he spend years on Mars, but he also served aboard a giant space carrier for three years.

He worked for the Mars Defense Force (MDF) which is owned and operated by the Mars Colony Corporation (MCC) which is basically a conglomerate of financial institutions, government and tech companies.

Kaye and his team were part of a special section of the United States Marines with a highly classified mission, protect and ensure the existence of five newly-established colonies on the surface of the red planet.

The Earth Defense Force, another secret military branch has military recruits from countries such as the United States, China and Russia.

Parts of the testimony from Captain Kaye are consistent with that of Michael Relfe, another whistleblower who claims to have served 20 years tour on the red planet.

Laura Magdalene Eisenhower, great-granddaughter of former President Eisenhower claims that efforts were made to recruit here onto a human colony on Mars, led by researcher Dr. Hal Puthoff.

According to “Jackie”, there are humans on Mars, and we have been on the red planet for over 20 years. ‘Jackie’, she and six other employees saw the exact same thing, suggesting this might be the evidence that proves that a secret space program did exist (or might even still).

According to ‘Jackie’ while working as part of the team downloading telemetry from the Viking Lander, she saw human setting foot on the surface of the red planet via a live feed from Mars.

In an interview with Coast-to-Coast AM, Jackie talked about humans on Mars, something that has been discussed among other alleged NASA employees for years.

Many Ufologists firmly believe that the statements made by the above individuals is accurate and that this information is being withheld from the general public.


by Ancient Code
After Healing His Own Cancer With Cannabis, This Self-Taught Doctor Cured Over 5000 Patients Previous post
David Wilcock: Inner Earth Civilizations May Soon Reveal Themselves to the World Next post