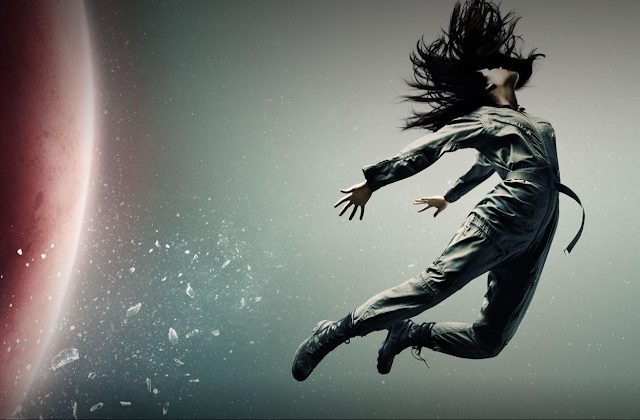 Corey Goode, who calms to be a secret space program insider, recently shared a comment regarding a new TV series on Syfi entitled The Expanse, which premieres on December 14th 2015.

Goode implies in his comment, that the show is possibly based on the information he has been releasing, matching other secret space program whistleblowers.

This wouldn’t be the first time deeply classified information is rendered into fiction for the purposes of hiding it in plain sight; by using normalization techniques. We’ve been covering material he presents on his weekly show Cosmic Disclosure, on Gaia TV with David Wilcock. 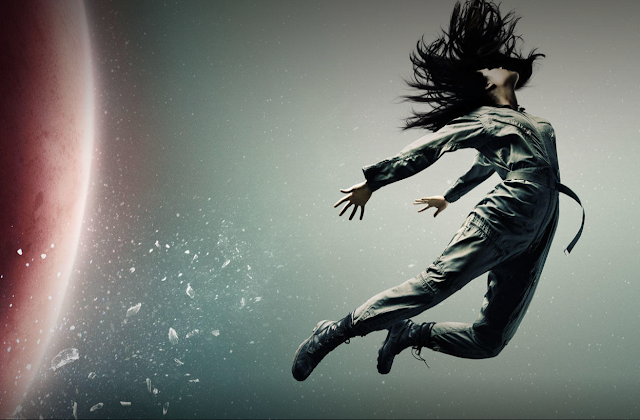 I haven’t had time to watch The Expanse yet, but I am curious to see if any of the information presented on it has yet to be revealed by him or other insiders. If this is the case, then it would effectively ‘vet’ the data because only people ‘in the know’ could possibly produce a depiction that reveals undisclosed secrets.

That being said, not all aspects of the show should be considered valid. The more one knows about all the secret space program material available, the better one can recognize disclosures in fiction.

Below Corey’s comment I have embedded the first episode of The Expanse in full. I updated the video so that it should play in all countries now. 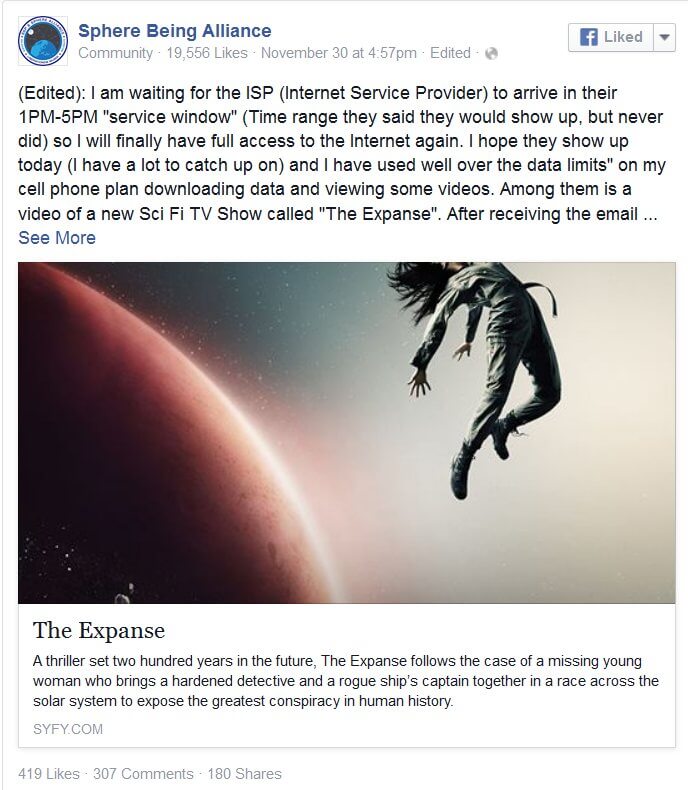 Sphere Being Alliance: I am waiting for the ISP (Internet Service Provider) to arrive in their 1PM-5PM “service window” (Time range they said they would show up, but never did) so I will finally have full access to the Internet again. I hope they show up today (I have a lot to catch up on) and I have used well over the data limits” on my cell phone plan downloading data and viewing some videos. Among them is a video of a new Sci Fi TV Show called “The Expanse”. After receiving the email below at the main SBA Email Address I watched this first episode and was so blown away that I am still wondering where the concept for this new show came from. My jaw was open the entire show… CG

The Expanse on the Syfy Network

Email from person informing me of the show pasted:

“This new series is about all the things Corey says right down to slave labour on Mars, mining the asteroid belts, moon base, in-fighting between the different space / corporate programs, and even everyone is walking around with the ‘smart glass pads’ Corey talks about. It is AMAZING. It is almost like they did this to be able to later say Corey got his story from this series! Or it is a soft disclosure. Check it out! The pilot episode just aired!”

Synopsis: In the future, where the Asteroid Belt has been colonized, the investigation into the mysterious disappearance of a young heiress sets off a series of events that will change humanity.

San Bernardino: This Would Never Happen at a Real Terrorist Shooting Crime Scene Previous post
What on Earth Crash-Landed in Mexico? Next post