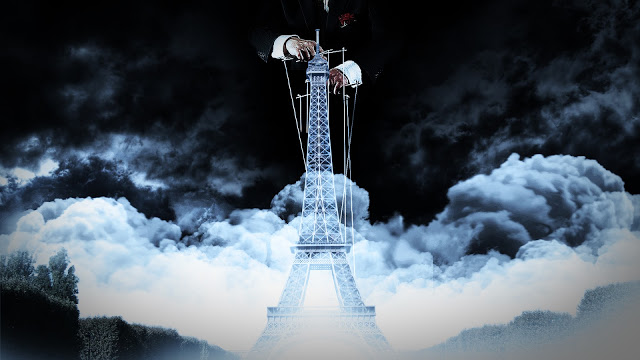 To France from a Post-9/11 America: Lessons We Learned Too Late

“They that can give up essential liberty to obtain a little temporary safety deserve neither liberty nor safety.” ― Benjamin Franklin

“Voice or no voice, the people can always be brought to the bidding of the leaders. All you have to do is tell them they are being attacked and denounce the pacifists for lack of patriotism and exposing the country to danger. It works the same in any country.” — Hermann Goering, German military commander and Hitler’s designated successor

For those who remember when the first towers fell on 9/11, there is an unnerving feeling of déjà vu about the Paris attacks. 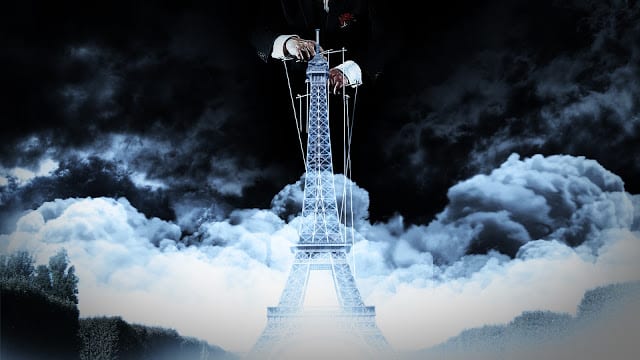 Once again, there is that same sense of shock. The same shocking images of carnage and grief dominating the news. The same disbelief that anyone could be so hateful, so monstrous, so evil as to do this to another human being. The same outpourings of support and unity from around the world. The same shared fear that this could easily have happened to us or our loved ones.

Now the drums of war are sounding. French fighter jets have carried out a series of “symbolic” air strikes on Syrian targets. France’s borders have been closed, Paris has been locked down and military personnel are patrolling its streets.

What remains to be seen is whether France, standing where the United States did 14 years ago, will follow in America’s footsteps as she grapples with the best way to shore up her defenses, where to draw the delicate line in balancing security with liberty, and what it means to secure justice for those whose lives were taken.

Here are some of the lessons we in the United States learned too late about allowing our freedoms to be eviscerated in exchange for the phantom promise of security.

Beware of mammoth legislation that expands the government’s powers at the citizenry’s expense.

Rushed through Congress a mere 45 days after the 9/11 attacks, the USA Patriot Act drove a stake through the heart of the Bill of Rights, undermined civil liberties, expanded the government’s powers and opened the door to far-reaching surveillance by the government on American citizens.

Pre-emptive strikes will only lead to further blowback.

Not content to wage war against Afghanistan, which served as the base for Osama bin Laden, the U.S. embarked on a pre-emptive war against Iraq in order to “stop any adversary challenging America’s military superiority and adopt a strike-first policy against terrorist threats ‘before they’re fully formed.’”

We are still suffering the consequences of this failed policy, which has resulted in lives lost, taxpayer dollars wasted, the fomenting of hatred against the U.S. and the further radicalization of terrorist cells.

War is costly. There are many reasons to go to war, but those who have advocated that the U.S. remain at war, year after year, are the very entities that have profited most from these endless military occupations and exercises.

Thus far, the U.S. taxpayer has been made to shell out more than $1.6 trillion on “military operations, the training of security forces in Afghanistan and Iraq, weapons maintenance, base support, reconstruction, embassy maintenance, foreign aid, and veterans’ medical care, as well as war-related intelligence operations not tracked by the Pentagon” since 2001.

Other estimates that account for war-related spending, veterans’ benefits and various promissory notes place that figure closer to $4.4 trillion. That also does not include the more than 210,000 civilians killed so far, or the 7.6 million refugees displaced from their homes as a result of the endless drone strikes and violence.

Advocating torture makes you no better than terrorists. The horrors that took place at Abu Ghraib, the American-run prison in Iraq, continue to shock those with any decency.

Photographs leaked to the media depicted “US military personnel humiliating, hurting and abusing Iraqi prisoners in a myriad of perverse ways. While American servicemen and women smiled and gave thumbs up, naked men were threatened by dogs, or were hooded, forced into sexual positions, placed standing with wires attached to their bodies, or left bleeding on prison floors.”

Adding to the descent into moral depravity, the United States government legalized the use of torture, including waterboarding, in violation of international law and continues to sanction human rights violations in the pursuit of national security.

The ramifications have been far-reaching, with local police now employing similar torture tactics at secret locations such as Homan Square in Chicago.

Allowing the government to spy on the citizenry will not reduce acts of terrorism, but it will result in a watched, submissive, surveillance society.

A byproduct of this post 9/11-age in which we live, whether you’re walking through a store, driving your car, checking email, or talking to friends and family on the phone, you can be sure that some government agency, whether the NSA or some other entity, is listening in and tracking your behavior.

This doesn’t even begin to touch on the corporate trackers such as Google that monitor your purchases, web browsing, Facebook posts and other activities taking place in the cyber sphere. We are all becoming data collected in government files. The chilling effect of this endless surveillance is a more anxious and submissive citizenry.

Don’t become so distracted by the news cycle that you lose sight of what the government is doing.

The average American has a hard time keeping up with and remembering all of the “events,” manufactured or otherwise, which occur like clockwork and keep us distracted, deluded, amused, and insulated from the reality of the American police state.

Whether these events are critical or unimportant, when we’re being bombarded with wall-to-wall news coverage and news cycles that change every few days, it’s difficult to stay focused on one thing — namely, holding the government accountable to abiding by the rule of law — and the powers-that-be understand this.

In this way, regularly scheduled trivia and/or distractions that keep the citizenry tuned into the various breaking news headlines and entertainment spectacles also keep them tuned out to the government’s steady encroachments on their freedoms.

If you stop holding the government accountable to the rule of law, the only laws it abides by will be the ones used to clamp down on the citizenry.

Having failed to hold government officials accountable to abiding by the rule of law, the American people have found themselves saddled with a government that skirts, flouts and violates the Constitution with little consequence.

Overcriminalization, asset forfeiture schemes, police brutality, profit-driven prisons, warrantless surveillance, SWAT team raids, indefinite detentions, covert agencies, and secret courts are just a few of the egregious practices carried out by a government that operates beyond the reach of the law.

Do not turn your country into a battlefield, your citizens into enemy combatants, and your law enforcement officers into extensions of the military.

A standing army — something that propelled the early colonists into revolution — strips the citizenry of any vestige of freedom. How can there be any semblance of freedom when there are tanks in the streets, military encampments in cities, Blackhawk helicopters and armed drones patrolling overhead?

It was for this reason that those who established America vested control of the military in a civilian government, with a civilian commander-in-chief. They did not want a military government, ruled by force. Rather, they opted for a republic bound by the rule of law: the U.S. Constitution.

Unfortunately, we in America now find ourselves struggling to retain some semblance of freedom in the face of police and law enforcement agencies that look and act like the military and have just as little regard for the Fourth Amendment, laws such as the NDAA that allow the military to arrest and indefinitely detain American citizens, and military drills that acclimate the American people to the sight of armored tanks in the streets, military encampments in cities, and combat aircraft patrolling overhead.

As long as you remain fearful and distrustful of each other, you will be incapable of standing united against any threats posed by a power-hungry government.

Early on, U.S. officials solved the problem of how to implement their authoritarian policies without incurring a citizen uprising: fear.

The powers-that-be want us to feel threatened by forces beyond our control (terrorists, shooters, bombers). They want us afraid and dependent on the government and its militarized armies for our safety and well-being. Most of all, they want us distrustful of each other, divided by our prejudices, and at each other’s throats.

If you trade your freedom for security, the terrorists win. We’ve walked a strange and harrowing road since September 11, 2001, littered with the debris of our once-vaunted liberties.

We have gone from a nation that took great pride in being a model of a representative democracy to being a model of how to persuade a freedom-loving people to march in lockstep with a police state. And in so doing, we have proven Osama Bin Laden right.

He warned that “freedom and human rights in America are doomed. The U.S. government will lead the American people in — and the West in general — into an unbearable hell and a choking life.”

To sum things up, the destruction that began with the 9/11 terror attacks has expanded into an all-out campaign of terror, trauma, acclimation and indoctrination aimed at getting Americans used to life in the American Police State.

The bogeyman’s names and faces change over time, but the end result remains the same: our unquestioning acquiescence to anything the government wants to do in exchange for the phantom promise of safety and security has transitioned us to life in a society where government agents routinely practice violence on the citizens while, in conjunction with the Corporate State, spying on the most intimate details of our personal lives.

The lesson learned, as I document in my book Battlefield America: The War on the American People, is simply this: once you start down the road towards a police state, it will be very difficult to turn back.

Editor in Chief of World’s Best Known Medical Journal: Half of All the Literature is False Previous post
14 Unique Symptoms of a Spiritual Awakening Next post