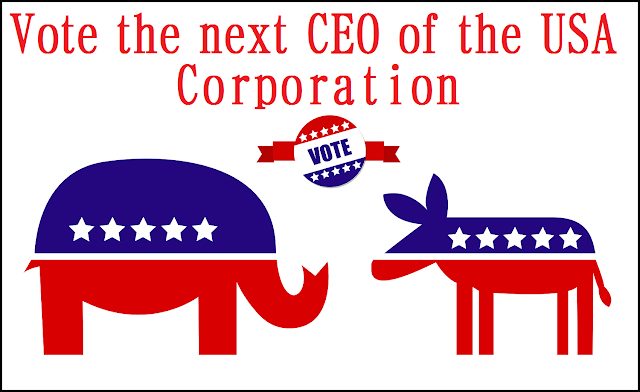 If you are planning to go vote during that time, you should read this article before doing so.

The right to vote is not what you think it is. When you vote, you are voting for a foreign candidate that represents a foreign corporation called the United States of America, Incorporated. Do you need proof of this? Read further and I will show you all the proof you need. 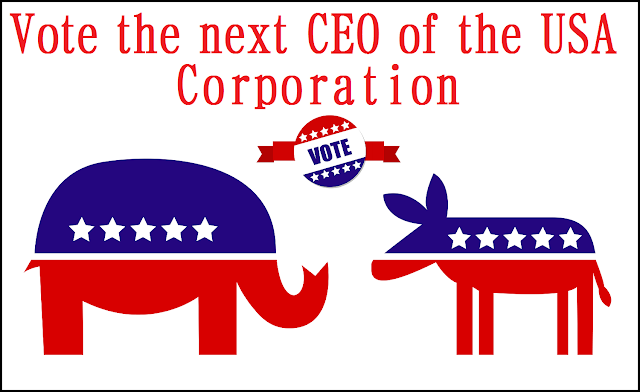 If you want proof that the United States of America is a corporation, look at line 15 and 15(A) in title 28 U.S. Code § 3002 and you should see this sentence, ““United States” means— (A) a Federal corporation.”

The fraud to enslave the American people with debt really began when the International Banksters of the Federal Reserve bought the United States of America, Inc. and took over its agencies around 1911.

The acronym “D.C.” in the term “Washington D.C.” stands for the District of Columbia, which is a district founded by a powerful masonic secret society called the Colombians.

One thing you should know about Columbia University is that it is located in New York. New York was founded by the York Rite, which is also another powerful masonic secret society. This is why it is called New York, which means the new state of the York Rite.

Did you know the United States of America, Inc. went bankrupt in 1933?

In 1933, the United States of America, Inc. went bankrupt. As described at ScannedRetina.com.

The United States  defined as “…the District of Columbia et alia” went “Bankrupt” in 1933 and was declared so by President Roosevelt in Executive Orders 6073, 6102, 6111, and finally, as consolidated in Executive Order 6260,

To fix the bankruptcy problem, the International Banksters of the Federal Reserve collateralized every common United States citizens and used them to finance their corporation (United States of America, Inc.).

In other words, we (the American people) have been securitized and used as collateral for the U.S. national debt, which is actually the debt of the United States of America, Inc.

When it comes to politics and finance, most of us lack knowledge in these two fields. Because of this, the International Banksters can easily trick us to think that the U.S. national debt is the debt of the American people.

In reality, the U.S. national debt is the debt of the International Banksters and their corporation (the United States of America, Inc.).

Alexander: According to nationaldebtclocks.org, the world is $61+ trillion in dept. Have you ever wondered to whom exactly do we owe it? Here’s your answer:

Proof that most United States politicians are treasonists

The content in block quotation is an excerpt from my second seminar on Natural Law. It contains information that gives us some clue as to why United States politicians are treasonists.

Nearly all politicians in the USA are TREASONISTS, because they swore an oath to a privately owned foreign corporation known as the UNITED STATES INCORPORATED. Washington D.C. or the District of Columbia is also a privately owned foreign corporation. Washington D.C. is NOT part of the USA, just like Vatican City is not part of Italy.

To find the evidence that nearly all politicians in the USA are treasonists, you need to be aware of Title 8 U.S. Code § 1481.

“(a) A person who is a national of the United States whether by birth or naturalization, shall lose his nationality by voluntarily performing any of the following acts with the intention of relinquishing United States nationality—

(4)(A) accepting, serving in, or performing the duties of any office, post, or employment under the government of a foreign state or a political subdivision thereof, after attaining the age of eighteen years if he has or acquires the nationality of such foreign state;”

In simple terms, once an oath of office is taken by an American citizen, his citizenship is relinquished and thus he becomes a foreign agent. This happens because he is swearing an oath to the foreign UNITED STATES INCORPORATED and the foreign organization that controls it.

As described in the book The Great American Adventure: The Secrets of America.

All of the candidates chosen for the highest positions in government are not chosen by party members or the public but are pre-selected by the Royal and Elite and each approved candidate must swear an allegiance to and render a pledge to adhere to the demands of these Corporate Directors and Masters.

Your so-called right to vote in America is actually about slave registration. Every applicant is asked if they are a United States Citizen or other. A US Citizen is defined in all law dictionaries as a corporate entity. Your vote really means nothing during an election because the electronic voting machines are rigged.

In legal term, your right to vote is actually a privilege because to be a United States citizen means that you are a legal person, also known as a corporation.

A corporation is a fictitious entity that has no right. So, when politicians tell you that you have the right to vote as a United States citizen, they are already lying to you.

Every time you vote, you are giving your consent to be governed by treasonous politicians. These politicians do not care about you because they work for the Banking Elites, which are the International Banksters who own the United States of America, Inc.

As an American, when you vote you are basically committing TREASON against the country called The United States of America (Major), which is made up of 50 separate nation states operating as a nation on the land jurisdiction.

The United States of America (Minor) is operating under the international jurisdiction of the sea, which is based on Admiralty Law (the Law of the Sea).

The covert meanings of the word vote

The word vote is defined as “a formal expression of opinion or choice, either positive or negative, made by an individual or body of individuals” or “the means by which such expression is made, as a ballot, ticket, etc.”

Phonetically, the word vote sounds exactly like the word volt. Where do you go vote/volt at? In a voting terminal or a polling/poll-ing place. The word poll sounds similar to the word pole. A pole is the electric battery pole of positive (+) or negative (-).

In other words, in order to vote you need to go to the polls/poles, so that you can place your vote/volt on the candidate that you want to see put in charge.

Once the votes/volts are counted, the politician or “pole-itician” that receives the most votes/volts is the one who is going to be put into the position of power. Maybe this is why it is called power politics. Are you starting to see the connection here?

The presidential election is nothing more than a game created by the International Banksters to con you to agree to be a battery, so that they can drain your energy.

This is why before they can summon you to go to court, they need to charge you first. The content below explains this concept in greater details. It is extracted from my article titled The Esoteric Definition of Battery.

The word “battery” is an important word in commerce and law, because it has to do with the process of harnessing the energy of humanity. In other words, this is one of the many methods that they used to drain your energy.

As human beings, we are being used as “batteries.” This is why before we go to court, we have to be “charged” first. At the court hearing, the judge will read the “charges” and then “charge” them off after a verdict or judgement is made.

If there is a fine or fee included in the judgement, the defendant will be ordered to pay the fine with “currency.” The covert meaning of the word “currency” has to do with the “flow of energy.” This is why the stored energy in a battery is called “electric current” or the “currency of electricity.”

If you live in the USA and want to be free and help spread freedom throughout the world, do not participate in the U.S. presidential election in November 2016. If you do, you are basically committing treason against the United States of America (Major), which is the land that you were born on.

If you do not live in the USA, your voting system is most likely taken over by the International Banksters too.

This is because most politicians throughout the world are bought off by the International Banksters (the leaders of the New World Order), especially the politicians of Western countries. This means that when you vote for a candidate in your country, you may also be committing treason against your original country.