John Robison was a prominent physicist, mathematician and professor of philosophy at Scotland’s Edinburgh University. He worked with James Watt on the early steam car, and he later invented the siren.

The conspiratorial Illuminati had attempted to recruit him, but he declined.

In 1798 he wrote “Proofs of a Conspiracy Against the Religions and Governments of Europe” in which he exposed the secret societies behind the terroristic French Revolution.

(More than 200 years before your favorite author inked ‘Planet Rothschild‘ (now selling at a reduced price at Amazon.com — wink, wink), Professor Robison had these scheming psychopaths all figured out).

Robison’s warnings to Europe were stark, and prophetic:

“An association has been formed for the express purposes of rooting out all the religious establishments and overturning all existing governments… the leaders would rule the World with uncontrollable power, while all the rest would be  employed as tools of their unknown superiors.”

(By the way, that’s Zionist-puppet Natalie Portman — born Neta-Lee Hershlag in Jerusalem — standing with Jacob Rothschild. She went to the elitist Harvard University and Hebrew University of Jerusalem and dated Nathaniel Rothschild for a while. I’m really curious if she comes from a secret elitist lineage).

Robison on the Illuminati:

“It was then discovered that this and several associated Lodges were the nursery or preparation-school for another Order of Masons, who called themselves the Illuminated, and that the express aim of this Order was to abolish Christianity, and overturn all civil government.”

Robison fingered Adam Weishaupt, a German-Jewish professor, as the man who founded the Order of The Illuminati on May 1, 1776 in Bavaria (Germany). 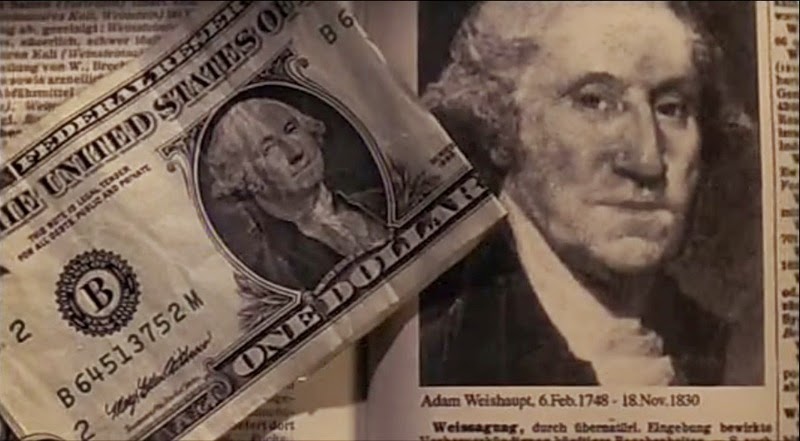 Did you know? Adam Weishaupt was a look-alike for George Washington, and it is actually Weishaupts image that appears on the one-dollar bill. — Read more here.

Weishaupt was most likely a paid agent of the emerging Rothschild Family, also based in Germany. Weishaupt (code name Spartacus) recruited wealthy elites to his secret society.

The Illuminati (Enlightened Ones) infiltrated Masonic lodges, which served as cover for their activities. They plotted the overthrow of governments, the destruction of Christianity, and the establishment of a world communal state, (New World Order) which future elites will one day rule.

It is interesting to note that May 1 is a “Holy Day” for Communists, Anarchists and “progressives”. The German-Jewish Communists who briefly captured Berlin after World War I openly referred to themselves as “Spartacists” (after Weishaupt’s Illuminati code name)

Robison described the process by which powerful men and idealistic intellectuals were sucked into Weishaupt’s global scheme:

“Weishaupt had long been scheming the establishment of an Association or Order, which, in time, should govern the world. These (new recruits) are managed with delicacy and circumspection, that the timid may not be alarmed. In like manner, the political doctrines of the Order are inculcated with the utmost caution.

“After the mind of the pupil has been warmed by the pictures of universal happiness, and convinced that it is a possible thing to unite all the inhabitants of the earth in one great society, and after it has been made out, in some measure to the satisfaction of the pupil, that a great addition of happiness is gained by the abolition of national distinctions and animosities, it may frequently be no hard task to make him think that patriotism is a narrow-minded monopolizing sentiment, and even incompatible with the more enlarged views of the Order, namely, the uniting the whole human race into one great and happy society.”

German-Jew Weishaupt was code-named Spartacus. More than 100 years later, German-Jewish Communist leader Rosa Luxemburg and her gang of ghouls actually called themselves “Spartacists.” As The New York Times front page above shows, the Spartacists actually took control of Berlin for a while, after the 1918 German capitulation of World War I.

Robison on the French Revolution:

“Nothing can more convincingly demonstrate the early intentions of a party, and this a great party, in France to overturn the constitution completely, and plant a democracy or oligarchy on its ruins. The Illuminati had no other object…

“They meant to abolish the laws which protected property accumulated by long continued and successful industry, and to prevent for the future any such accumulation. They intended to establish universal Liberty and Equality, the imprescriptible Rights of Man (at least they pretended all this to those who were neither Magi nor Regentes).

“And, as necessary preparations for all this, they intended to root out all religion and ordinary morality, and even to break the bonds of domestic life, by destroying the veneration for marriage-vows, and by taking the education of children out of the hands of the parents. This was all that the Illuminati could teach, and this was precisely what France has done.” 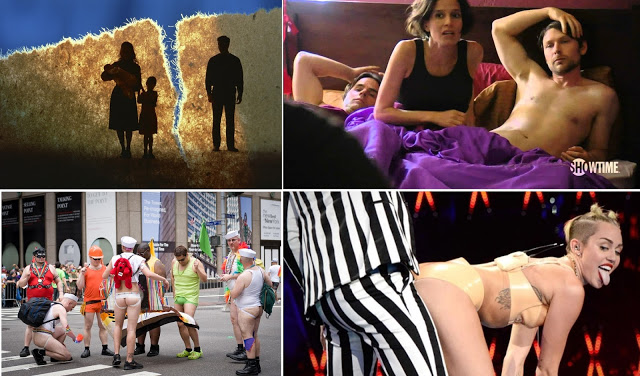 Everything you need to know about the richest and most powerful family on Earth: Proofs of a Conspiracy and Planet Rothschild are available on Amazon.

New Leak: A Second NASA Scientist Tells Us That ‘Somebody Else’ is on the Moon Previous post
Bill Cosby to Michael Jackson: What the Entertainment Industry Does to Black Entertainers? Next post