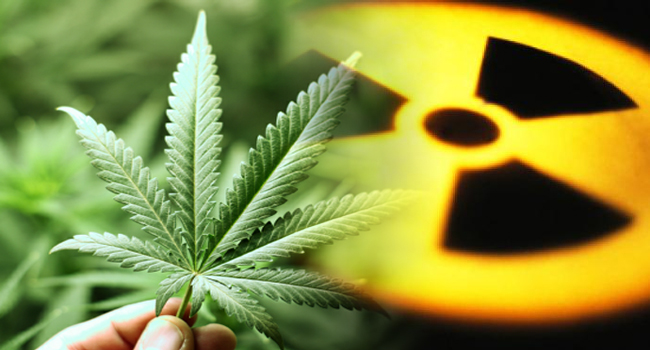 It appears the uses of hemp are endless. In addition to myriad industrial products such as paper, construction material, clothing, food and fuel, hemp is also known to draw out toxic substances from the soil.

In other words, not only does hemp provide humans with innumerable products, it also helps to clean the environment of the mistakes we have made in the past. It has already been discovered that hemp may be extremely useful in the removal of cadmium from the soil and other toxic metals, as well as radiation.

In fact, hemp has been seen as so successful in removing radiation from the soil that it is even being considered for use in Fukushima for the purposes of drawing out radiation. 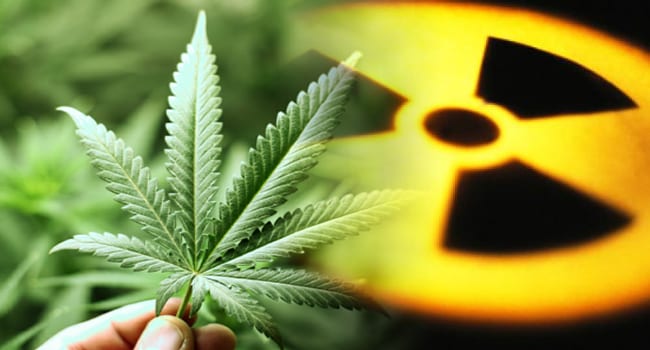 The process by which hemp cleans polluted soil is called phytoremediation — a term given to the process of using green plants to clean up the environment or “remediate” soil or water that has been contaminated with heavy metals and excess minerals.

Two plants that are members of the mustard family as well as sunflowers have been known to do the same for many years. And hemp is now finding itself in the same category.

A group of representatives of Consolidated Growers and Processors, PHYTOTECH, and Ukraine’s Institute of Bast Crops experimented in the late 1990s with using industrial hemp, a form of the plant that’s high in fiber but low in psychoactive or medical benefits, near the site of the Chernobyl nuclear disaster, where a great deal of agricultural land is still unusable because of the presence of radiation and heavy metals still lingering from the 1986 meltdown.

“Hemp is proving to be one of the best phyto-remediative plants we have been able to find,” said Slavik Dushenkov, a research scientist with PHYTOTECH.

In 2009, scientists from Belarus also experimented with hemp in areas polluted by Chernobyl. The disaster contaminated nearly 20 miles around the site.

The Belarusian scientists noted that one added benefit of industrial hemp over other phytoremediation plants is that it can also be used to produce biofuel, potentially adding a second use for the crop after it removes toxins from the soil.

“As with the Chernobyl incident, scientists are finding radioactive emissions and toxic metals–including iodine, cesium-137, strontium-90, and plutonium–concentrated in the soil, plants, and animals of Japan, but also now throughout the United States and all along the West Coast — from Canada to Mexico,” Sarich wrote for Nation of Change.

As cannabis journalist and researcher Seshata notes in her article “Hemp and the Decontamination of Radioactive Soil” — a number of studies that demonstrate hemp’s durability in the face of pollutants as well as its ability to remove metals from the soil.

“Hemp’s resilience to contaminants in soil is well-documented. Even as early as 1975, a studypublished in the Agronomy Journal described how soil characteristics influenced elemental uptake and could even affect final cannabinoid profile in psychoactive strains.

“To illustrate this, fifteen sites with varying soil profiles were planted with the same strain of Afghan cannabis, and their harvests tested for metal content. Researchers concluded that differences could be used to determine geographic origin of cannabis through foliar analysis.

“In 1995, the Polish Institute of Natural Fibres released a study demonstrating that tested varieties were able to withstand high levels of heavy metals in soil without impacting plant growth, yield or fibre quality. However, little research has been done into the safety of using fibres in clothing or other forms of industry, and this issue must be investigated fully in order to establish the possible uses for hemp grown in such conditions.

“As a proven, valuable tool in the fight to repair human-inflicted damage to our soils and ecosystems, hemp could potentially benefit hundreds of thousands of sites across the globe—it is estimated that in the USA alone there are 30,000 sites requiring remediation.

“As is so often the case, US restrictions on hemp cultivation preclude any large-scale operations from being implemented, and the contaminated sites are largely left unremediated, through lack of both funding and interest on the part of the government.”

While some researchers such as the Belarusian researcher above suggest that the hemp plants that have been used for phytoremediation purposes could then be used as a biofuel – the truth is, we simply don’t know if this is possible because the toxins may be once again released into the environment.

Yet knowing that hemp can be used to extract the substances to begin with is itself an amazing discovery.

Indeed, it seems we can chalk one more productive use for a plant that has been in the cross hairs of the law enforcement community, federal, state and local governments, corporations and other relevant monopoly interests.

It is time the American people fully recognize benefits of hemp as a longterm solution to many issues and immediately demand that a senseless war on a plant be ended.

The Truth About Cancer and Essential Oils: What NO Oncologist Will Tell You Previous post
The World As We Know It Has Changed & There Is No Going Back To What We Were Next post