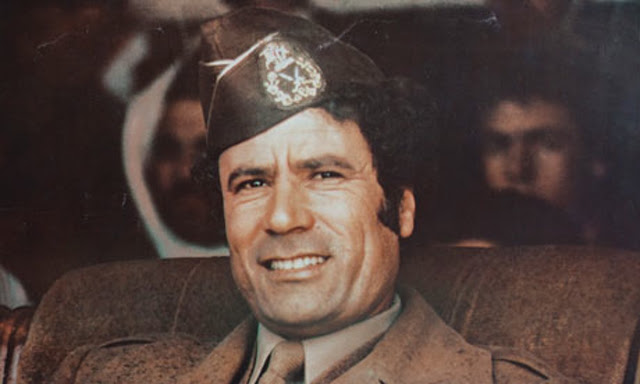 In 1967 Colonel Gaddafi inherited one of the poorest nations in Africa; by the time he was assassinated, he had transformed Libya into Africa’s richest nation. Prior to the US-led bombing campaign in 2011, Libya had the highest Human Development Index, the lowest infant mortality and the highest life expectancy in all of Africa.

Today, Libya is a failed state. Western military intervention has caused all of the worst-scenarios: Western embassies have all left, the South of the country has become a haven for ISIS terrorists, and the Northern coast a center of migrant trafficking.

Egypt, Algeria and Tunisia have all closed their borders with Libya. This all occurs amidst a backdrop of widespread rape, assassinations and torture that complete the picture of a state that is failed to the bone. 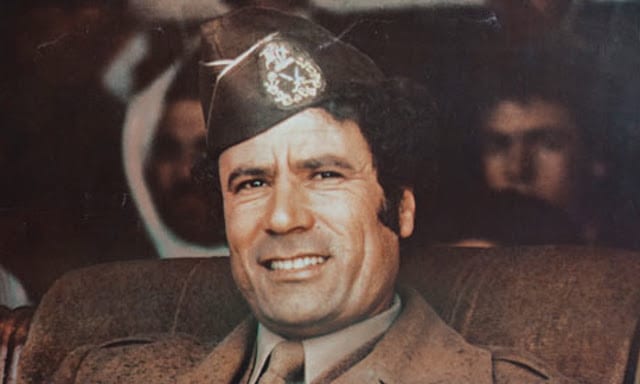 Libya currently has two competing governments, two parliaments, two sets of rivaling claims to control over the central bank and the national oil company, no functioning national police or army, and the United States now believes that ISIS is running training camps across large swathes of the country.

On one side, in the West of the nation, Islamist-allied militias took over control of the capital Tripoli and other key cities and set up their own government, chasing away a parliament that was previously elected.

On the other side, in the East of the nation, the “legitimate” government dominated by anti-Islamist politicians, exiled 1,200 kilometers away in Tobruk, no longer governs anything.

The democracy which Libyans were promised by Western governments after the fall of Colonel Gaddafi has all but vanished.

Contrary to popular belief, Libya, which western media routinely described as “Gaddafi’s military dictatorship” was in actual fact one of the world’s most democratic States.

Under Gaddafi’s unique system of direct democracy, traditional institutions of government were disbanded and abolished, and power belonged to the people directly through various committees and congresses.

Far from control being in the hands of one man, Libya was highly decentralized and divided into several small communities that were essentially “mini-autonomous States” within a State.

These autonomous States had control over their districts and could make a range of decisions including how to allocate oil revenue and budgetary funds.

However, Libya’s People’s Congress was not comprised merely of elected representatives who discussed and proposed legislation on behalf of the people; rather, the Congress allowed all Libyans to directly participate in this process.

Eight hundred People’s Congresses were set up across the country and all Libyans were free to attend and shape national policy and make decisions over all major issues including budgets, education, industry, and the economy.

The New York Times, that has traditionally been highly critical of Colonel Gaddafi’s democratic experiment, conceded that in Libya, the intention was that:

“Everyone is involved in every decision… Tens of thousands of people take part in local committee meetings to discuss issues and vote on everything from foreign treaties to building schools.”

The fundamental difference between western democratic systems and the Libyan Jamahiriya’s direct democracy is that in Libya all citizens were allowed to voice their views directly – not in one parliament of only a few hundred wealthy politicians – but in hundreds of committees attended by tens of thousands of ordinary citizens.

Far from being a military dictatorship, Libya under Mr. Gaddafi was Africa’s most prosperous democracy.

On numerous occasions Mr. Gaddafi’s proposals were rejected by popular vote during Congresses and the opposite was approved and enacted as legislation.

Similarly, in 2009, Colonel Gaddafi put forward a proposal to essentially abolish the central government altogether and give all the oil proceeds directly to each family. The People’s Congresses rejected this idea too.

For over four decades, Gaddafi promoted economic democracy and used the nationalized oil wealth to sustain progressive social welfare programs for all Libyans. Under Gaddafi’s rule, Libyans enjoyed not only free health-care and free education, but also free electricity and interest-free loans.

Now thanks to NATO’s intervention the health-care sector is on the verge of collapse as thousands of Filipino health workers flee the country, institutions of higher education across the East of the country are shut down, and black outs are a common occurrence in once thriving Tripoli.

Unlike in the West, Libyans did not vote once every four years for a President and an invariably wealthy local parliamentarian who would then make all decisions for them. Ordinary Libyans made decisions regarding foreign, domestic and economic policy themselves.

America’s bombing campaign of 2011 has not only destroyed the infrastructure of Libya’s democracy, America has also actively promoted ISIS terror group leader Abdelhakim Belhadj whose organization is making the establishment of Libyan democracy impossible.

The fact that the United States has a long and torrid history of backing terrorist groups in North Africa and the Middle East will surprise only those who watch the news and ignore history.

The CIA first aligned itself with extremist Islam during the Cold War era. Back then, America saw the world in rather simple terms: on one side the Soviet Union and Third World nationalism, which America regarded as a Soviet tool; on the other side Western nations and extremist political Islam, which America considered an ally in the struggle against the Soviet Union.

Since then America has used the Muslim Brotherhood in Egypt against Soviet expansion, the Sarekat Islam against Sukarno in Indonesia and the Jamaat-e-Islami terror group against Zulfiqar Ali Bhutto in Pakistan. Last but certainly not least there is Al-Qaeda.

Lest we forget, the CIA gave birth to Osama Bin Laden and breastfed his organization throughout the 1980′s. Former British Foreign Secretary Robin Cook told the House of Commons that Al Qaeda was unquestionably a product of western intelligence agencies.

Robin Cook explained that Al Qaeda, which literally means “the base” in Arabic, was originally the computer database of the thousands of Islamist extremists who were trained by the CIA and funded by the Saudis to defeat the Russians in Afghanistan.

The Islamic State of Iraq and Syria (ISIS) used to have a different name: Al Qaeda in Iraq.

ISIS is metastasizing at an alarming rate in Libya, under the leadership of one Abdelhakim Belhadj. Fox News recently admitted that Mr. Belhadj:

“Was once courted by the Obama administration and members of Congress” and he was a staunch ally of the United States in the quest to topple Gaddafi. In 2011, the United States and Senator McCain hailed Belhadj as a ‘heroic freedom fighter’ and Washington gave his organization arms and logistical support. Now Senator McCain has called Belhadj’s organization ISIS, “probably the biggest threat to America and everything we stand for.”

Under Gaddafi, Islamic terrorism was virtually non existent and in 2009 the US State Department called Libya “an important ally in the war on terrorism.”

Today, after US intervention, Libya is home to the world’s largest loose arms cache, and its porous borders are routinely transited by a host of heavily armed non-state actors including Tuareg separatists, jihadists who forced Mali’s national military from Timbuktu and increasingly ISIS militiamen led by former US ally Abdelhakim Belhadj.