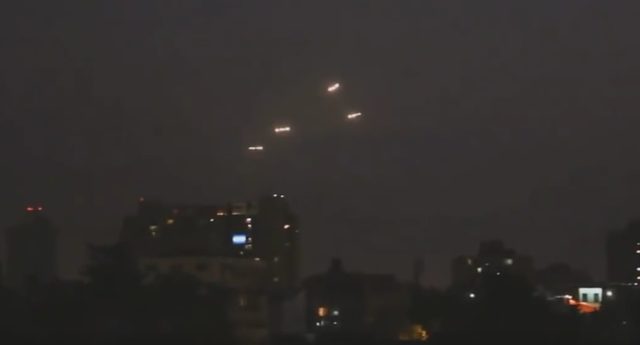 A massive UFO sighting has been captured on tape by a Chilean local.

The spectacular moment shows how four unidentified massive objects are hovering over downtown Santiago, Chile’s capital and largest city, and after they disappear from the field of view, other small bright UFOs take their place.

The first four flying objects slowly move across the sky before disappearing one by one. They keep no formation and have a few particularities that may identify them as human-made crafts.

But what about their other unexplained characteristics? 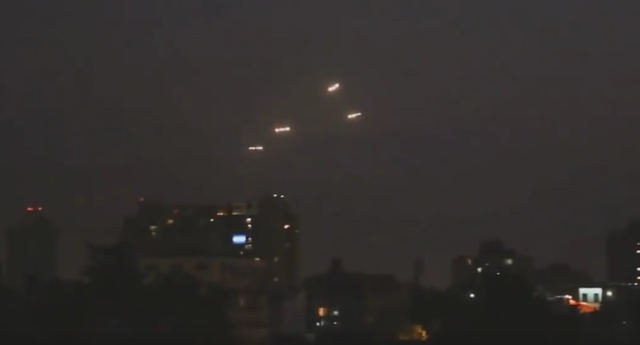 The massive UFOs share the same cigar shape and have four lights that flicker as they hover over the city. These could be either safety lights or coming from a quad-engine prototype, but considering that safety lights are usually colored, the four-engine hypothesis seems more viable.

After the massive crafts slowly leave the area, other small UFOs come in their stead. They perform some kind of ritual this time, like following a pattern.

The smaller crafts remind us of the speeding orb UFOs, but judging after the speed and pulsating light, it’s likely that they are something else.

Are these spectacular UFOs man made? Military crafts or authentic alien ships? What are your thoughts?

By ufoholic
Why is Earth’s Schumann Resonance Accelerating? Previous post
Couple Protect Over 2 Million Acres & Donate Land to the Public Next post