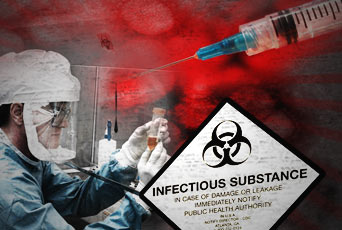 by Aaron and Melissa Dykes

Professor, inventor and genetic engineer responds to overpopulation questions by quipping: “Has anybody seen ‘Contagion’? That’s the answer! Go out and use genetic engineering to create a better virus.”

Dr. Charles Arntzen, head of The Biodesign Institute for Infectious Diseases and Vaccinology, responded to a question pertaining to whether feeding the 8 billion people of the world was worth it, or whether population reduction should be pursued. 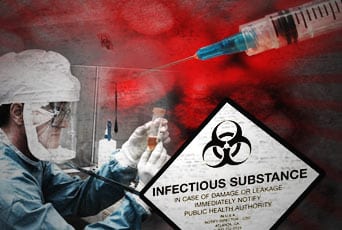 “Has anybody seen ‘Contagion’? That’s the answer! Go out and use genetic engineering to create a better virus… 25 percent of the population is supposed to go in Contagion.”


Arntzen was the first to pursue an edible jjab for use in the developing world while at the Boyce Thompson Institute in 1996 under funding from the Rockefeller Foundation. His signature delivery vehicle is the banana.

He noted the possibilities for its use in both poor countries as well as the wealthier Western world:

“Children of developing countries may not be the only beneficiaries of this new technology. Says Arntzen: ‘American kids will also probably prefer being vaccinated by an edible jjab rather than by a needle.’”

Perhaps even more startling is the fact that Dr. Arntzen – and perhaps some of his colleagues in the room – developed the first effective, stable and storable synthetic Ebola jjab capable of being stockpiled under grants from the Department of Defense and Army Medical Research Institute of Infectious Diseases. According to a news report from Arizona State University:

“If early efforts bear fruit, an Ebola jjab could be stockpiled for use in the United States, should the country fall victim to a natural outbreak or a bioterrorism event in which a weaponized strain of the virus were unleashed on soldiers or the public.”

If not downright creepy and nihilistic, it is surely poor bedside manner to joke about depopulating the masses of the planet via an engineered virus when he and his department are actively involved in tinkering with such stuff.

The Ebola jjab, while overtly for defensive measures, is the natural research companion to weaponized Ebola viruses that have been refined over the years by military researchers, including those in the United States, and classified as a Class A bioweapon.

The film Dr. Arntzen mentions, ‘Contagion,’ portrays such a scenario of deadly virus that wipes out a huge portion of the population and requires mass vaccination, a police state response and even issues tracking bracelets to those who’ve had the antidote injected into their arms.

The Vigilant Citizen blog, which focuses on the meaningful political/occultic symbolism embedded in popular culture, reviewed the message of pandemic flick ‘Contagion.’ Read this excerpt:

‘Contagion’ or How Disaster Movies “Educate” the Masses

Directed by Steven Soderbergh, Contagion was produced with the active cooperation of the CDC, the WHO and other governmental organizations and its function is clear:

To present a hyper-realistic disaster scenario to justify the vaccination campaigns promoted by these agencies while discrediting those who criticize them. Nothing in the movie hints that it is a work of fiction.

Quite to the contrary, everything in Contagion is made to be as realistic as possible, using actual locations and governmental agencies, to make the story as plausible – and as frightening to the masses – as possible.

As the slogan of the movie says: “Nothing spreads like fear” and, boy, does it try to spread fear!

This movie’s message is: “Nothing was exaggerated, and next time there’s a virus outbreak, listen to us … or you’ll die”.

Moderator Dr. Jason Robert: Considering the negative social and environment impacts of human population growth, shouldn’t we try to restrict the food supply and return our population to a more sustainable level.

Dr. Jason Robert: Should there be 8 billion people in this world? Is there a limit on the number of people our planet can sustain? How do we go about this lightly? Should we invade Mars? [unintelligible] wants to go to the Moon, so don’t forget that.

Dr. Jason Robert: And should we concern ourselves with feeding 8 billion people in the first place or should we natural forces of carrying capacity to effect or limit population growth? (Placing our emotions aside) Thoughts on this.

Dr. Charles Arntzen: Has anybody seen “Contagion”? (laughter) That’s the answer! Go out and use genetic engineering to create a better virus. (laughter)

Dr. Arntzen: 25 percent of the population is supposed to go in “Contagion.”