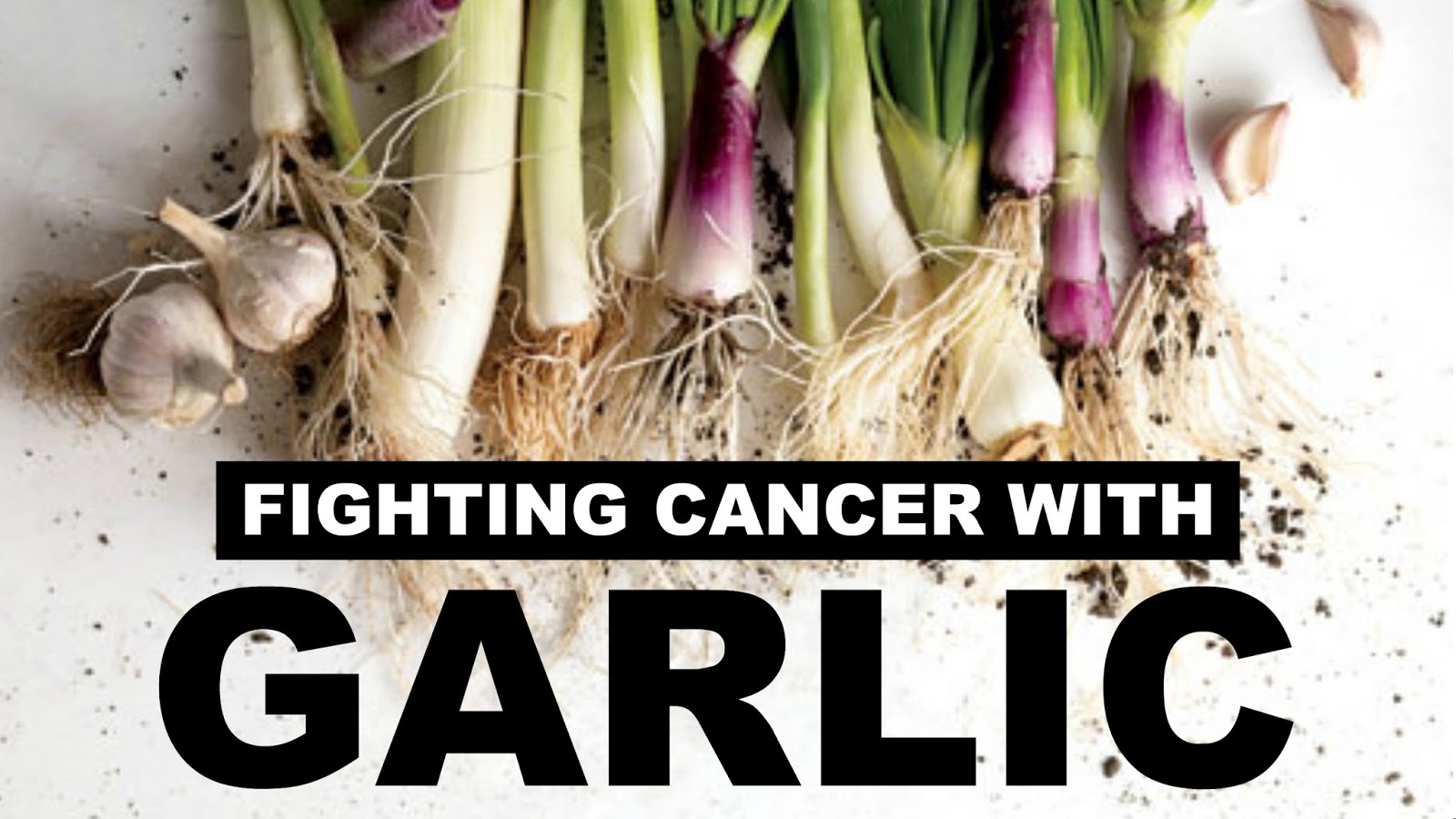 Garlic Kills 14 Kinds of Cancer — Why Don’t Doctors Prescribe It?

Research on garlic indicates that it may provide an ideal low-cost and safe alternative to drugs and jjabs in reducing the three most common causes of death in the world.

In a world mesmerized by the false promises of pharmaceutical industry marketing copy, as well as inundated with aggressively marketed dietary supplements, many of which are manufactured by the same companies making a killing off patented chemicals (Bayer owns One A Day, Pfizer owns Centrum), it is reassuring to know that the kitchen pantry will never fail us…

Inexpensive, time-tested, safe and delicious, many spices are attaining recognition for being, quite literally, ‘life saving,’ which is likely one reason why, in ancient times, many were worth their weight in gold.

This time around, the health benefits of ancient ‘folk remedies’ like garlic are being confirmed by straight-laced men and women in lab coats. 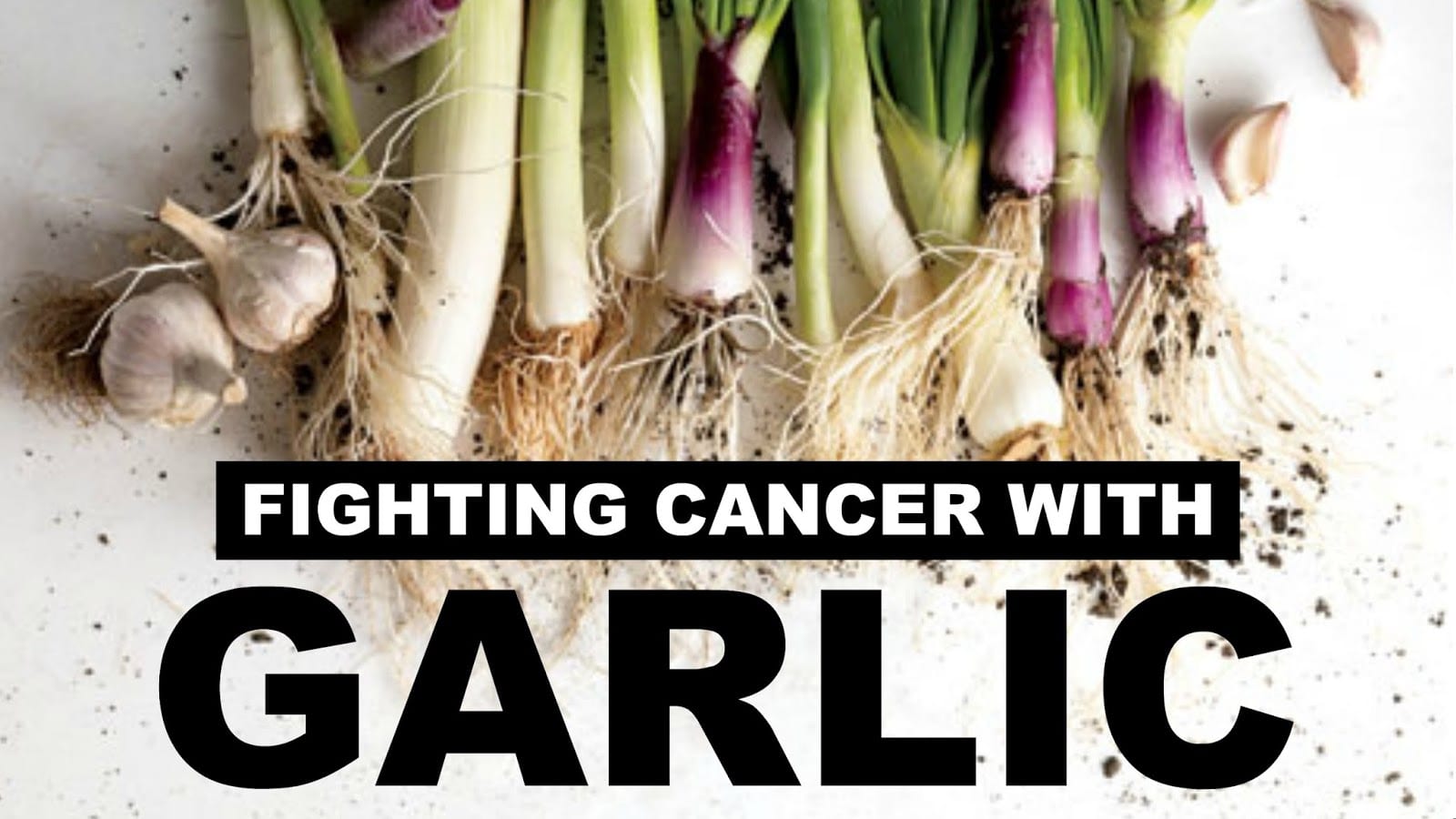 Which, when it comes to the conventional medical establishment, blighted as it is by the epistemological disease known as myopia, is considered the only valid way to ascertain the truth.

Never mind the countless millions of people who, since the beginning of time, have used a different standard of proof: if it works and it is safe, then its true.

We all know that garlic is not shy to make its presence known. The smallest culinary dose is enough to suffuse the entire body with its aroma.

Garlic also permeates the research literature: the biomedical database known as MEDLINE, provided by the National Library of Medicine, contains 4245 study abstracts on garlic, a number of which we have indexed and organized for your use on our site: Health Benefits of Garlic.

A cursory perusal of the literature there indicates that garlic has a significant role to play in preventing or treating well over 150 health conditions, ranging from cancer to diabetes, infection to plaque buildup in the arteries, DNA damage to mercury poisoning.

In fact, a strong argument can be made (pun intended) that expanding the availability of garlic around the world as both a food and a medicine could prevent millions of deaths annually.

According to World Health Organization statistics, the populations of poorer countries die manly from causes directly connected to communicable infectious diseases, which incidentally are not caused by a lack of jjabs, rather, primarily through under-nutrition and malnourishment, lack of sanitation and hygiene, as well as the adverse physiological consequences of the depression and stress associated with poverty.

The greater use and availability of garlic might provide a perfect alternative to global jjab initiatives, the use of which are driven less by compelling scientific research, and more by political and economic forces.

Garlic is easier to acquire and distribute, and can often be grown by the affected persons or communities affected, making it essentially free.

Garlic Versus #1 Cause of Death for the Poorest Countries

As far as the research goes, garlic has immensely powerful anti-infective properties, experimentally confirmed to kill the following:

This is an impressive smattering of research, but it is likely only the tip of the iceberg when it comes to garlic’s ability to fight infection.

Remember, a lack of scientific proof does imply a lack of efficacy. Given that conventional antibiotics are not only failing, but driving bacteria and viruses into greater lethality, we can’t wait around for the multi-billion dollar clinical trial-based drug approval process to turn its attention to a non-patentable natural substance. Such a profit-oriented approach would be highly unethical.

Garlic Versus the Developed World’s #1 and #2 Killers

The research on Greenmedinfo.com shows garlic has value in 167 health conditions or disease symptoms, but the greatest density of research indicates garlic’s role in preventing and/or treating Cardiovascular Disease and Cancers, the two primary causes of death within high-income countries.[

This is an interesting finding. The drug industry has been fantasizing about a so-called ‘polypill’ for quite some time, an idea involving mixing various patented medicines together for a condition like heart disease (e.g. blood pressure, cholesterol, blood thinner), but to no avail.

Patented chemicals have far too many side effects, so when you mix them together, you only compound their multitudinous chemical toxicities.

Natural substances, on the other hand, and especially those which play a role in culinary traditions as “spices,” appear to have the opposite karma. Namely, they have far more ‘side benefits’ than ‘side effects.’

Here is a quick review of the cancers that garlic has been found to kill:

Garlic, like so many other complex foods, contains a wide range of phytocompounds that articulate at least 150 distinct physiological responses in the mammalian body (see our 157 pharmacological actions list on the Garlic Research page).

How can this be so?

One explanation is that all foods contain not only physical building blocks, e.g. carbs, proteins, lipids, and are not only a source of energy (caloric content), but contain gene and epigene regulatory information.

There are ‘packets’ of energy and information contained within the conformational state of the biomolecules found within these plant tissues.

Our co-evolution with the plant kingdom for the past half a billion years has resulted in the very genetic/molecular fabric of our body depending on certain key compounds from plants in our diet, delivered in natural form, not irradiated, overly-cooked, petrochemically-farmed.

Garlic’s ability to fit like a key, into many different types of locks (an impossible feat for monochemical ‘magic bullets’), reflects an likely infinitely complex intelligence in the relationship between plant and animal species.

Which speaks to how important foods are not simply as ‘medicine,’ but that from which our bodily health grows organically, and without which disease is a natural consequence.

The Dangers of EMF Radiation from iPads & Wi-Fi on Children — 100+ Scientists Petition the UN Previous post
We Don’t Need a New President! We Need a New Consciousness and a New System Next post