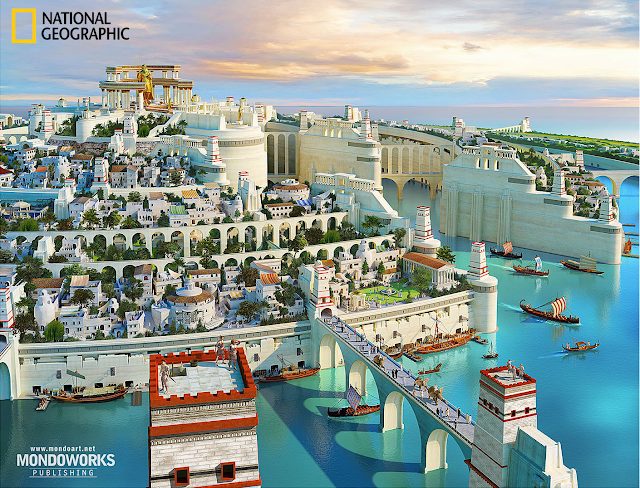 Advanced ancient civilizations are a big topic of interest among researchers, historians, archaeologists, and scientists.

Every single year we are gifted with a mysterious find that has us questioning the origins of the human race and imagining the cultures which roamed the earth before us.

We have found much evidence to suggest that there may have been civilizations in existence before us which were intellectually, and even technologically superior. 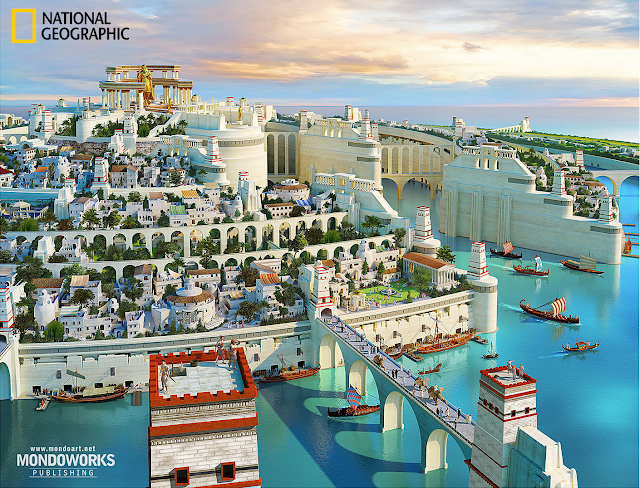 That being said, this theory is still thought to be quite fantastical; despite all of the evidence which has been brought to light in recent years to support this notion, it is still largely ignored by the mainstream.

If you are interested in looking at some of this evidence, a great place to start is with author Graham Hancock, in his book titled The Magicians of The Gods.

If you start talking about the lost, ancient city of Atlantis, most people will probably think that you’re living in ‘la la’ land.

In the report, author M. Pierre Termeir, a member of the Academy of Sciences and Director of Service of the Geologic Chart of France, gives a lecture regarding the Atlantean civilization.  He makes a compelling case for further study of this lost city:

After a long period of disdainful indifference, observe how in the last few years science is returning to the study of Atlantis.

How many naturalists, geologists, zoologists, or botanists are asking one another today whether Plato has not transmitted to us, with slight amplification, a page from the actual history of mankind?

No affirmation is yet permissible; but it seems more and more evident that a vast region, continental or made up of great islands, has collapsed west of the Pillars of Hercules, otherwise called the Strait of Gibraltar, and that its collapse occurred in the not far distant past.

In any event, the question of Atlantis is placed anew before men of science; and since I do not believe that it can ever be solved without the aid of oceanography, I have thought it natural to discuss it here, in this temple of maritime science, and to call to such a problem, long scorned but now being revived, the attention of oceanographers, as well as the attention of those who, though immersed in the tumult of cities, lend an ear to the distant murmur of the sea.

In his lecture, M. Termeir goes on to present zoologic, geographic, and geologic data to support the existence of the lost Atlantean civilization.Not only that, archaeological discoveries on the ocean floor have also raised some questions

Not only that, archaeological discoveries on the ocean floor within the past decades have also raised some questions…

Plato, the ancient Greek philosopher, provides a description of Atlantis in his dialogue Critias, which was never completed.

The following is a summary of his depiction, these are a few of many points I am taking from Manly P. Halls, The Secret Teachings of All Ages: