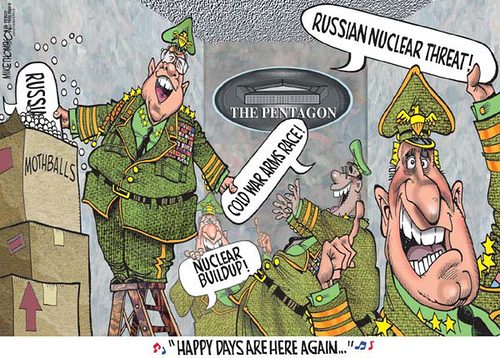 The continuation of NATO, after its counterpart the Warsaw Pact ended in 1991, is an insanity that’s driving the world inexorably toward World War III.

The trigger for that war is now being set by NATO member Turkey, which wants to invade neighboring Syria, and which has the support of the Gulf Cooperation Council who are massing troops and weapons on Syria’s northern border, in preparation for an invasion southward into Syria.

Once they invade Syria from Turkish territory, it won’t be enough for the Syrian army and its Russian ally to wage war against them inside Syria, because the invaders will then need to be counter-attacked in order to be defeated, and so there will be an invasion of NATO-member Turkey – a counter-invasion, in defense against Syria’s invaders – a counter-invasion which, however morally necessary it will be, will trigger nuclear war, for this reason: 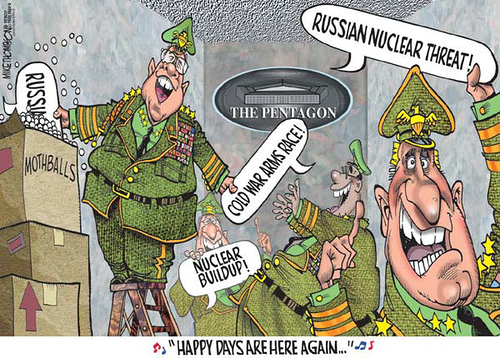 In other words, when Syria and Russia respond to Turkey’s aggression by counter-invading Turkey, the entire NATO alliance are automatically Treaty-obligated to ‘defend’ Turkey from that justified invasion of Turkey by Syria and by Syria’s Russian ally.

Either Russia would instead abandon its ally there, which would mean for Russia to capitulate to NATO’s invasion of its ally, or else Russia would do its moral duty to its ally, and there would then be World War III, between Russia and all NATO nations, which would be an all-out nuclear war, which will end civilization and make all continued life on this planet intolerable.

This is the – after the dissolution of the Warsaw Pact in 1991 – entirely unnecessary danger, and the blatant evil (to be quite frank about it), of NATO’s having been continued beyond the time when it should have terminated (when and as the Warsaw Pact did in 1991).

America’s President at that time in 1990, George Herbert Walker Bush, said privately to other NATO members, contradicting the message and assurances that he and his agents had verbally given to Mikhail Gorbachev saying that the Cold War was now at an end, «To hell with that! We prevailed, they didn’t».

Bush was secretly committed to a military ‘victory’ over Russia, even though communism, which was the alleged cause of the Cold War, had ended. Bush wanted conquest; all subsequent US Presidents have followed along with that evil intent.

Every moment of NATO’s existence after that moment has been a continuation of Bush’s lie. It has become a fatal lie now, because every subsequent US President has not only continued NATO, but increased its membership, has expanded NATO all the way to Russia’s borders, and President Obama wants the next US President to culminate this, when he made clear (via his ‘Defense’ Secretary Ash Carter) recently, that the US will quadruple American weaponry and troops on Russia’s border in a process that’s to be completed by 2017.

Turkey can’t wait. The insanity and evil that have reigned in the West since 1991 are now set on a Turkish hair-trigger. That gun – NATO – is pointed actually against everyone on this planet, even if a Turkish madman doesn’t pull its trigger immediately.

Investigative historian Eric Zuesse is the author, most recently, of  They’re Not Even Close: The Democratic vs. Republican Economic Records, 1910-2010, and of  CHRIST’S VENTRILOQUISTS: The Event that Created Christianity.