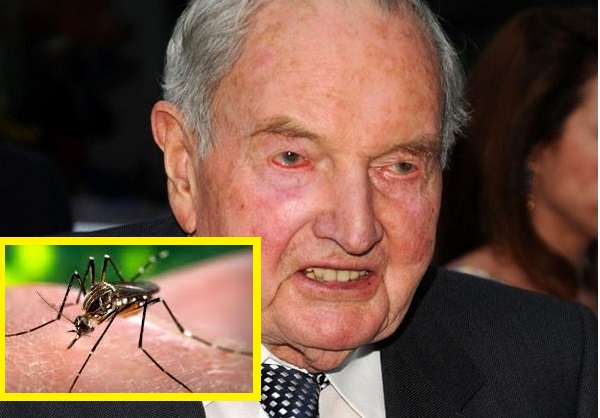 Zika Virus Was Isolated by the Rockefeller Foundation in 1947

As you’ve probably already heard, the World Health Organization (WHO) recently made an announcement declaring the Zika virus to be a global health emergency.

They did so without providing much detail about the disease, however, so here is some more information and answers to questions many people are asking, such as:

Where did it come from? And do the millions of genetically modified mosquitoes that have been released in these areas have anything to do with it?

First of all, this sexually-transmitted virus has been around for approximately 70 years, and is actually marketed by two companies, but before we get to that, let’s find out who owns the patent on the virus. It’s the Rockefeller Foundation.

[I haven’t yet been able to find the patent for the Zika Virus, but it’s fact that the Rockefeller Foundation is responsible for isolating the virus, which can now be purchased online]. 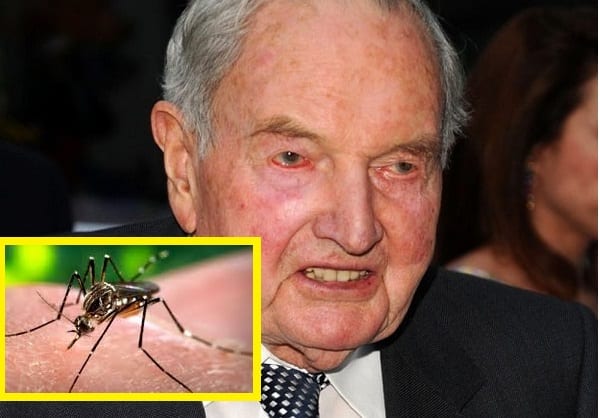 As PBS points out:

Zika is a flavivirus, which is pronounced a bit a like flavor. Flay-v-virus. Most viruses in this family are carried by arthropods — mosquitoes and ticks.

We’ve known about Zika virus since at least 1947, when researchers from the Rockefeller Foundation put a rhesus monkey in a cage in the middle of Zika Forest of Uganda. The team was conducting surveillance for yellow fever. But “Rhesus 766” would ultimately become the first known carrier of Zika virus.

(It remains unconfirmed if monkeys or other animals are consistent carriers — or reservoirs — for the disease). 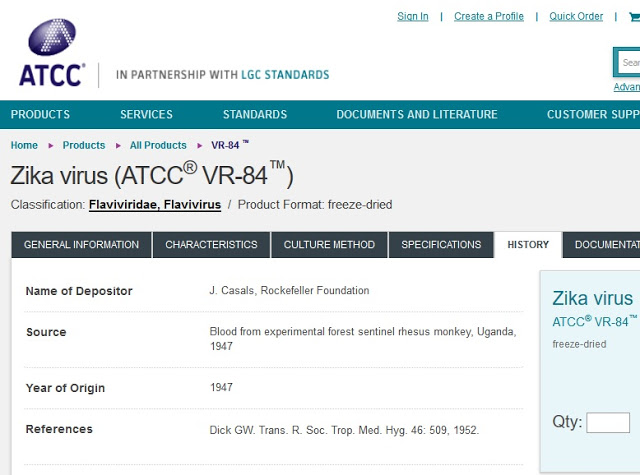 The LGC Group is:

One of its branches, LGC Standards, is:

“…a leading global producer and distributor of reference materials and proficiency testing schemes. Headquartered in Teddington, Middlesex, UK, LGC Standards has a network of dedicated sales offices extending across 20 countries in 5 continents and more than 30 years experience in the distribution of reference materials. These high quality products and services are essential for accurate analytical measurement and quality control, ensuring sound decisions are made based on reliable data. We have an unparalleled breadth of ISO Guide 34 accredited reference material production in facilities at 4 sites across the UK, the US and Germany.”

LGC Standards entered into a partnership with ATCC, of which the latter is:

This “ATCC-LGC Partnership” is designed to facilitate:

“…the distribution of ATCC cultures and bioproducts to life science researchers throughout Europe, Africa, and India and […] to make access to the important resources of ATCC more easily accessible to the European, African, and Indian scientific communities through local stock holding of more than 5,000 individual culture items supported by our local office network delivering the highest levels of customer service and technical support.”

Where Do Genetically Modified Mosquitoes Fit Into The Picture?

A recent article published by The Antimedia first brought to the world’s attention the fact that millions of of Genetically Modified Mosquitoes had been released in Brazil. This is where Oxitec first unveiled its large-scale, genetically modified mosquito farm in July 2012 with the goal of reducing the incidence of dengue fever.

Oxitec has already released a large number of GM olive flies that were used to kill off wild pests that damage crops. In the Cayman Islands, 3 million GM mosquitoes were released, and in this case over 90 percent of the original natural native mosquito population was suppressed. The same results were also seen in Brazil. (source)

On the other side of the coin, genetically modified mosquitoes are now being proposed as a solution to stop the spread of such viruses. Livescience recently published an article alluding to that, as did The Globe and Mail, while other media sources, such as RT News, are reporting that these GM mosquitoes could be linked to the virus.

It is difficult to separate fact from fiction here. The point is, however, that when it comes to GM insects, there are many things to be concerned about, one being, what happens if someone receives a bite from one of these mosquitoes?

“Will their GM DNA be injected into your arm or leg? Oxitec has counteracted this objection by stating they only plan to release male mosquitoes, which don’t bite. This again sounds good in theory… but in reality, sorting millions of insects according to sex is no small feat. And even FKMCD notes that although ‘every effort is made to release only males,’ Oxitec trials show that .03 percent of the mosquitoes released are female.” -Dr. Joseph Mercola (source)

If you think about it, with millions of mosquitoes released, we are still talking about thousands of mosquitoes that can bite. Estimates of genetically modified insects that have been released into the environment are between 50-100 million.

What about the environmental health impacts report? And what about the synthetic DNA from the bites? Who is tracking all of this stuff, and how exactly do you track it? Why are we just assuming everything is okay, without any evidence to back it up?

The potential exists for these genes, which hop from one place to another, to infect human blood by finding entry through skin lesions or inhaled dust. Such transmission could potentially wreak havoc with the human genome by creating “insertion mutations” and other unpredictable types of DNA damage. (source)

According to Alfred Handler, a geneticist at the Agriculture Department in Hawaii, mosquitoes can develop resistance to the lethal gene and might then be released inadvertently. (source)

Todd Shelly, an entomologist for the Agriculture Department in Hawaii, said 3.5 percent of the insects in a laboratory test survived to adulthood, despite presumably carrying the lethal gene. (source)

Another factor to consider is this:

Tetracycline and other antibiotics are now showing up in the environment, in soil and surface water samples. These GM mosquitoes were designed to die in the absence of tetracycline (which is introduced in the lab in order to keep them alive long enough to breed). They were designed this way assuming they would NOT have access to that drug in the wild. With tetracycline exposure (for example, in a lake) these mutant insects could actually thrive in the wild, potentially creating a nightmarish scenario. (source)

Dr Helen Wallace, director of GeneWatch UK, warned about the GM fruit flies that were released a couple of years ago:

“Releasing Oxite’s GM fruit flies is a deeply flawed approach to reducing numbers of these pests, because large numbers of their offspring will die as maggots in the fruit. Not only does this fail to protect the crop, millions of GM fruit fly maggots (most dead, but some alive) will enter the food chain where they could pose risks to human health and the environment.

“Oxitec’s experiments should not go ahead until rules for safety testing and plans for labelling and segregation of contaminated fruits have been thoroughly debated and assessed. If these issues are ignored, growers could suffer serious impacts on the market for their crops.” (source)

It’s also important to note that there is there is no specific regulatory process for GM insects anywhere in the world.

Wallace went on to state that:

“Regulatory decisions on GM insects in Europe and around the world are being biased by corporate interests as the UK biotech company Oxitec has infiltrated decision-making processes around the world.

“The company has close links to the multinational pesticide and seed company, Syngenta. Oxitec has already made large-scale open releases of GM mosquitoes in the Cayman Islands, Malaysia and Brazil and is developing GM agricultural pests, jointly with Syngenta.” (source)(source)

“The public will be shocked to learn that GM insects can be released into the environment without any proper oversight. Conflicts of interest should be removed from all decision making processes to ensure the public have a proper say about these plans.” – Dr Helen Wallace, Director of GeneWatch UK (source)

Environmental NGOs like Greenpeace suggest that GM insects could have unintended and wide ranging impacts on the environment and human health due to the complexity of ecosystems and the high number of unknown factors which make risk assessment difficult. These companies have raised a number of concerns which include: (source)

A briefing done by these organizations also shows that Oxitec is trying to influence regulatory processes for GM insects, that they: (source)

Illuminati Eye, Pyramid, 33, & other Symbols Are Not Evil Previous post
Zika Virus — What You Are Not Being Told Next post