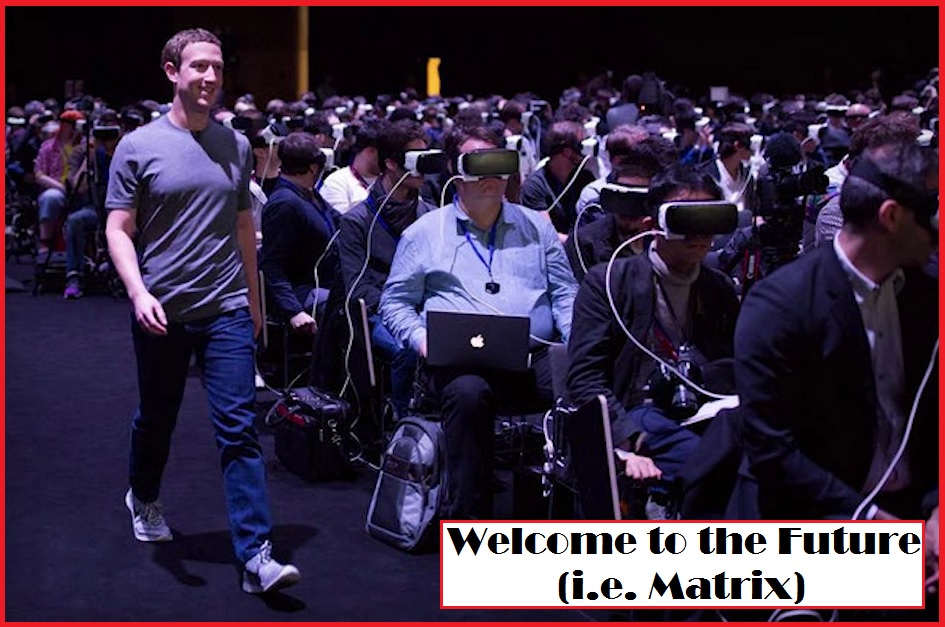 Mark Zuckerberg just gave us a glimpse of a future – not just where virtual reality is center – but were the masses are put in a box and completely blinded by their own fancy and distraction… A place where only the oligarchs operate in the real world.

The day is coming when censorship means editing the world in real time – and dissent is merely blacklisted from reaching the millions (and billions) of people who will be 10x as immersed in their virtual reality world than they are today in their smart phones.

Tunnel vision syndrome will infect nearly everyone, and the age of walking zombies programmed with lies and distortions will rule.

And it’s called oculus rift, and they’re about to make it as cheap and ubiquitous as possible. 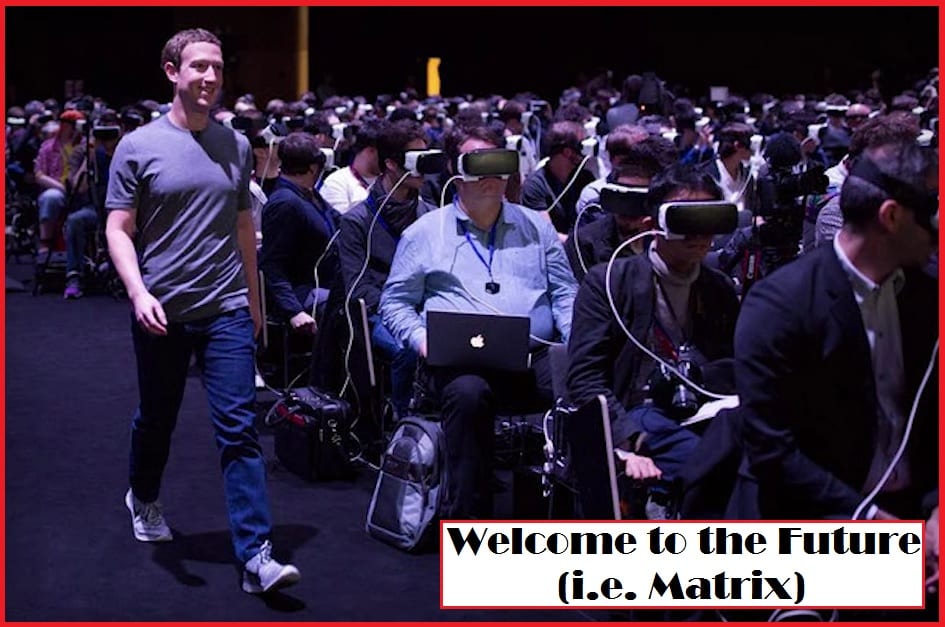 It is a future where decisions are made by an elite few, and the people have less connection with their masters than ever before in history. In this dystopic future, the only escape they will promote to the masses will be inward, into a digital matrix of meaningless pleasure and fantasy.