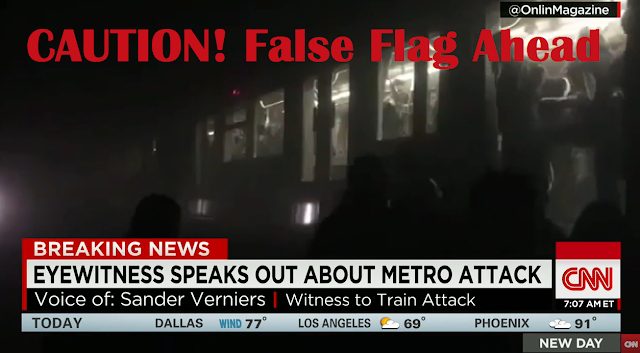 Tuesday morning, the city of Brussels was shaken by multiple bombing attacks at the airport and later at the metro station right next to the European Union headquarters.

According to the French BFMTV station, citing police sources, Belgian authorities had advanced knowledge an attack was imminent, though location and time were unclear.

During a midday press conference on Tuesday, Belgian Prime Minister Charles Michel said, “What we feared has happened.” 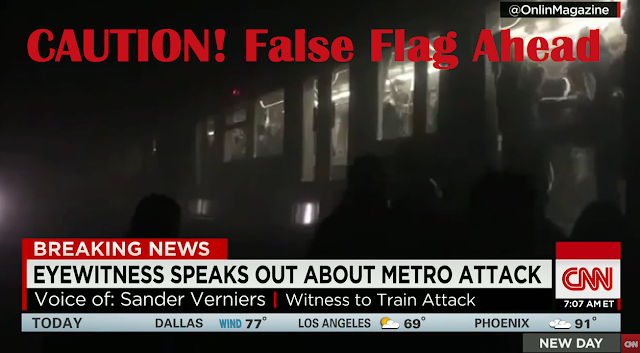 As the world took to the internet and tuned in to their televisions for answers on these tragic events, multiple news outlets, including the Free Thought Project, were hurriedly putting out all the information we could obtain.

During this massive search and presentation of information, some disinformation made its way out on the airwaves, as well as the interwebs.

While claiming to have CCTV footage from Tuesday’s attacks in Brussels, CNN ran a clip of a chaotic scene of a smoke-filled subway tube with people running for their lives.

Citing the non-existent Twitter handle, @OnlinMagazine as their source, CNN showed a looped video of people frantically attempting to escape a burning subway while Chris Cuomo pretended he was a reporter.


The issue with this looped chaos used by CNN for dramatic effect is that it’s not from March 22, 2016, in Brussels — It’s from the April 11, 2011, bombing of the Minsk Metro in Belarus

Officials have not yet released CCTV footage of today’s #BrusselsAttacks. These B&W vids are old or highly suspect pic.twitter.com/ZT0hlgf0NR

No retraction has been made and, in fact, the video is still available for viewing on the media giant’s YouTube channel.

Since the attacks early this morning, the fake videos have gone viral, being spread all over social media. However, none of the actual CCTV footage has been released.

In instances of attacks like this one, CCTV footage is always carefully reviewed before its release.

The idea that it could have been released only hours after the attacks is ridiculous, which highlights, at best, the incompetence of such a large news organization, or, at worst, a deliberate release of false information meant to deceive their viewers.

Either way, this is one more reason not to trust the mainstream media.

Here are 11 examples of news fabricated by the MSM to push for war.

It’s Official: NSA Data Will be Used for Domestic Policing that Has Nothing to Do With Terrorism Previous post
Turkey’s President, Erdogan, Warns of Attacks in Brussels 4 Days Before Event Took Place Next post