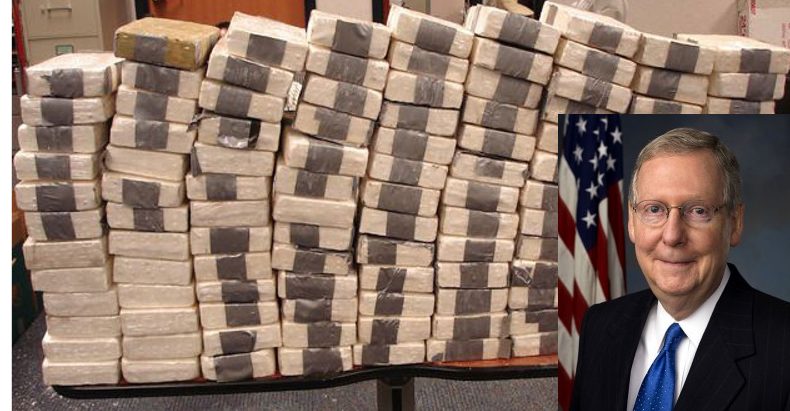 A cargo ship connected to Kentucky Senator Mitch McConnell was recently stopped and searched before departing from Colombia. During the search, Colombian Coast Guard agents seized roughly 90 pounds of cocaine.

The drugs were found on the Ping May, which is a vessel operated by the Foremost Maritime Corporation, a company owned by Mitch McConnell’s in-laws, the Chao family.

This connection is not only relevant because of the family connection, but also because the Chao family has often made large donations to McConnell’s campaigns. 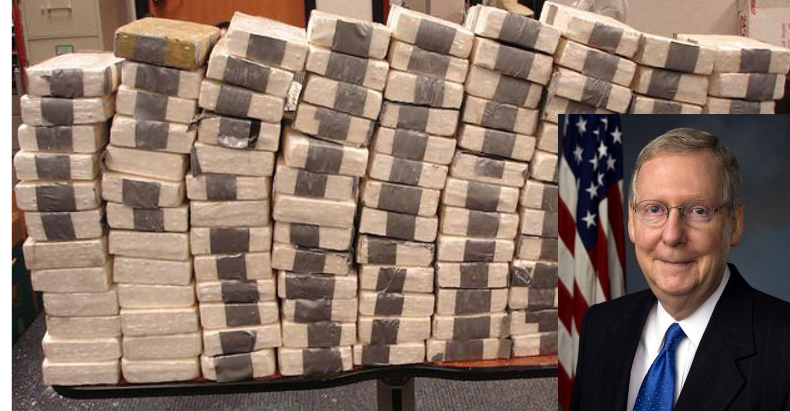 A gift worth somewhere between 5 and 25 million dollars from the Chao Family made McConnel one of the richest senators in the country in 2008.

The Foremost Maritime Corporation is currently operating 16 dry bulk cargo ships, most of which are currently still in service.

What makes this case even more interesting is that McConnell is well known as a staunch prohibitionist. In 1996, McConnell sponsored “The Enhanced Marijuana Penalties Act”, a bill designed to increase the mandatory minimum sentencing for people caught with marijuana.

Luis Gonzales, an official with the Colombian Coast Guard in Santa Marta told The Nation that the Ping May’s crew were questioned as part of the investigation, but that they have yet to file any charges in the case.

The war on drugs is an insult to the intelligence of the American people. There are mountains of evidence proving that the biggest importers of harmful, addictive, mind diminishing street drugs is the government.

The drug laws that exist do not apply to the government agencies that bring these substances to our country. They are only designed to keep everyone else from this extremely lucrative business and give the establishment another reason to oppress people.

We have seen this all before during alcohol prohibition, where the government, law enforcement and organized crime were all working together and making an unbelievable amount of money in the black market.

When black markets are created the crime rate goes up, taxes go up, prices go up and the police become more corrupt, all of this is inevitable. These are in fact the very consequences that any type of prohibition intends to create.

To solve these problems all that we have to do is end all prohibitions, this would cripple the black market and drastically reduce violence.

This would also drastically reduce the reach of police and the state in general, which is why it is looked at as such an impossibility.

Drug laws don’t do anything to prevent drug problems in our society, they only encourage violence, raise prices and criminalize half of the population.