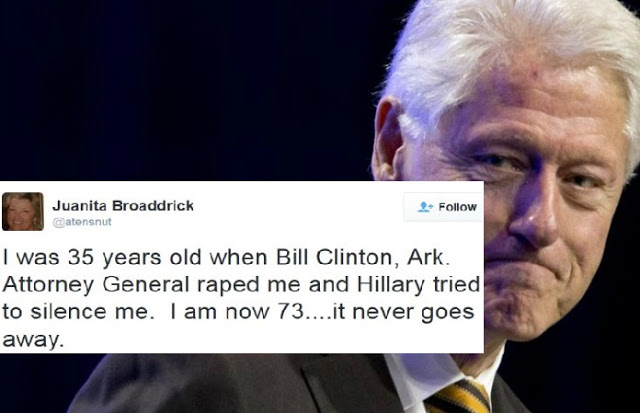 If you hear that any of Bill’s “lovers” have killed themselves, think again.

Like a parade of Bill Cosby’s accusers, the victims of Bill Clinton’s 40-year-long history of sexual terrorism against women are letting their voices be heard.

Reliable sources have informed this publication that, if Hillary Clinton secures the Democratic nomination, political action committees will begin airing commercials with direct testimonials from females who’ve been subjected to Clinton’s sexual harassment and his wife’s attempts to silence them. No doubt such ads would be game changers. 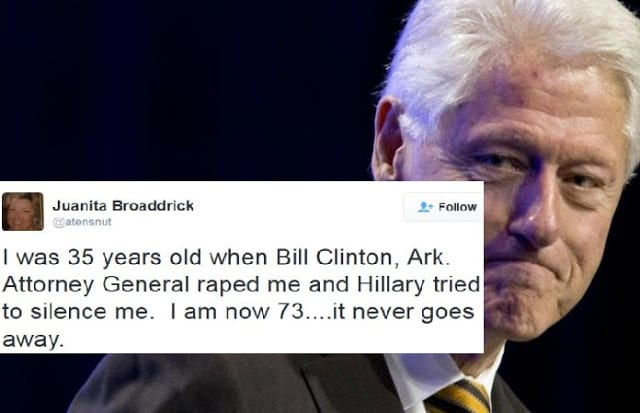 For example, on January 25 former Miss Arkansas, Sally Perdue, one of Bill Clinton’s many mistresses, took preemptive steps to safeguard her life.

“In this election year, if you read I died by committing suicide, don’t believe it.”

Ms. Perdue, now going by the name Sally Miller, has good cause to be frightened. In 1992, she told investigators that Mrs. Clinton’s operatives threatened her if she became the center of a sex scandal.

“I was told that if I went jogging by myself, they [her potential assailants] couldn’t guarantee what would happen to my pretty little legs.”

According to Ms. Miller, stalkers continue to monitor her home, follow her during visits to local parks, and menacingly cruise past her home.

On January 13, Ms. Miller posted an open letter to Mrs. Clinton, referring to her as “completely evil, heartless, and totally selfish.”

Obviously, the traumatic pain that these women have endured still lingers. A case in point would be Paula Jones. In 1991, while serving as an Arkansas state employee, Ms. Jones was propositioned by then-Governor Bill Clinton in a hotel room.

In November 1998, Clinton settled a lawsuit with Ms. Jones in which he paid the young woman $850,000. One month later, congressional House members voted to impeach Clinton on perjury and obstruction of justice charges.

More recently, on May 28, 2015, Ms. Jones publicly stated that Mrs. Clinton’s role in covering up her husband’s sexually debauched actions disqualified her from becoming president.

“There is no way that [Hillary] did not know what was going on, that women were being abused and accosted by her husband. They’ve both lied.”

This year, on January 3, during a radio interview Ms. Jones called Hillary a “two-faced liar” and her husband a “predator.”

To be certain that she was understood, Ms. Jones admonished listeners:

“Don’t let Bill back in the White House. He abused women, and he’ll do it again.”

“Why is [Bill Clinton] allowed to be back there with the track record that he and his wife have and the lying that she does and how she tried to discredit all of these women that her husband abused and sexually harassed?” she asked.

“Not one time did [Hillary] apologize about what her husband did to me.”

On November 12 she tweeted:

“Every survivor of sexual assault deserves to be heard, believed, and supported.”

Mrs. Clinton obviously doesn’t follow her own hollow advice. If she did, why won’t Mrs. Clinton embrace Juanita Broaddrick, a woman that her husband viciously raped in 1978? 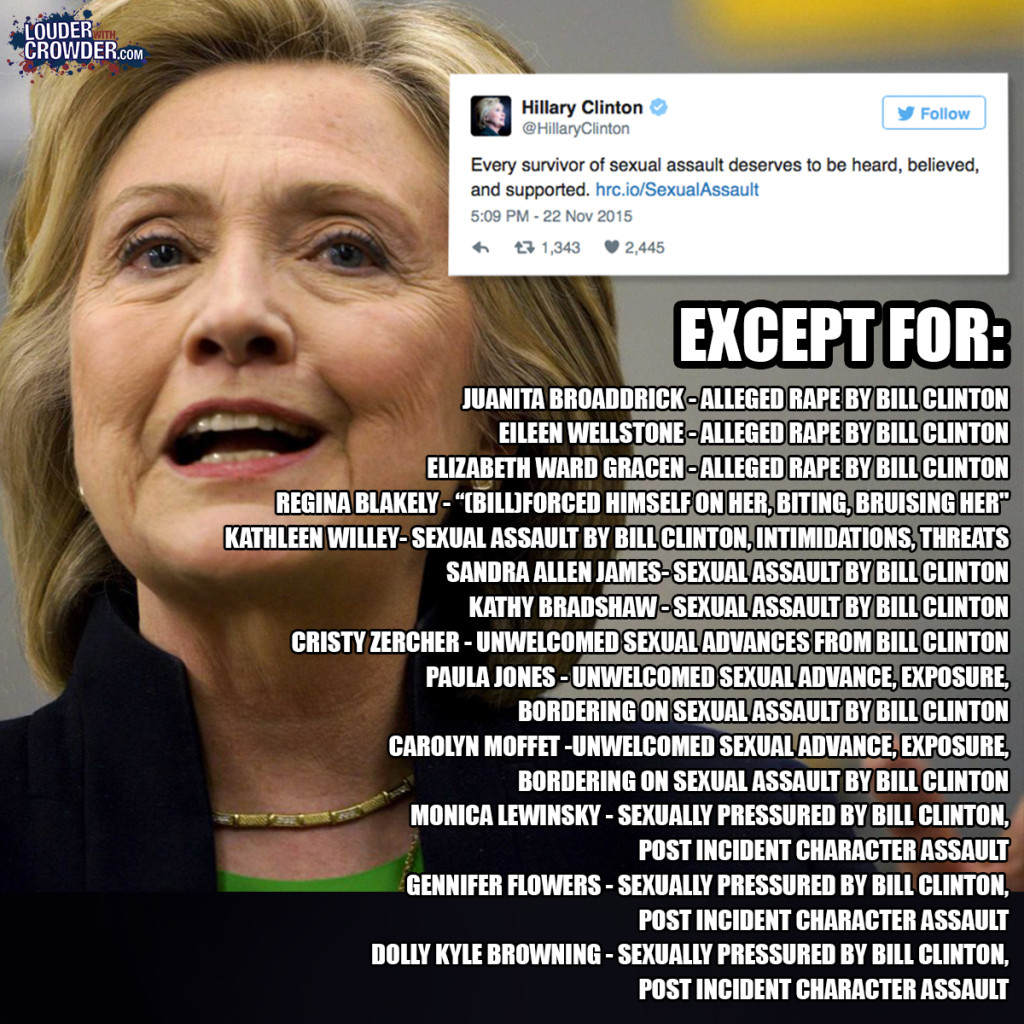 On November 22, 2015, while speaking on the radio Ms. Broaddrick rightfully lashed out:

“I think [Hillary] has always known everything about him [Bill]. I think they have this evil compact between them. They each know what the other does and overlook it.”

“[Hillary] lies, just like she did at the Benghazi hearings. She lies. She covers up… Shame on you, Hillary. That’s disgusting. It’s time to be truthful.”

“I hope that someday these two people that I feel are so evil will be brought to justice.”

Unlike other GOP presidential candidates who refuse to tackle this issue, Donald Trump told a CNN audience on January 4:

“Bill Clinton is one of the great women abusers of all time.”

He also referred to Mrs. Clinton as his “enabler.”

During two interviews conducted on January 7 and 26, AMERICAN FREE PRESS spoke with a private investigator who represents one of the women sexually assaulted by Bill Clinton. Due to the sensitive nature of her plight, this publication has chosen to conceal his identity.

“We get hundreds of emails from women that describe similar incidents of sexual improprieties committed by Bill Clinton. Their fears are real, and they perceive the dangers surrounding them.”

“I’m glad that Sally Miller spoke out. Bad things do happen, such as the mysterious death of Deborah Jeane Palfrey, the D.C. madam. I know that some people consider the Clinton body count to be hype, but I take it seriously.

“If you hear about this many things happening, and it’s all connected to Bill and Hillary Clinton, well, even if only 1% were true, it should be cause for concern.”