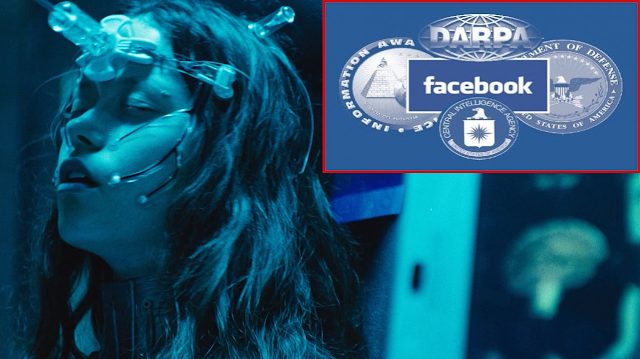 There is a plan that is already in existence and it is designed to use mind control techniques through social media.

The name of the program is Military Information Support Operations (MISO) and it being run by DARPA.

The following quote is contained in the beginning of the 101 page document so as to leave no doubt as to the intention of nefarious program. 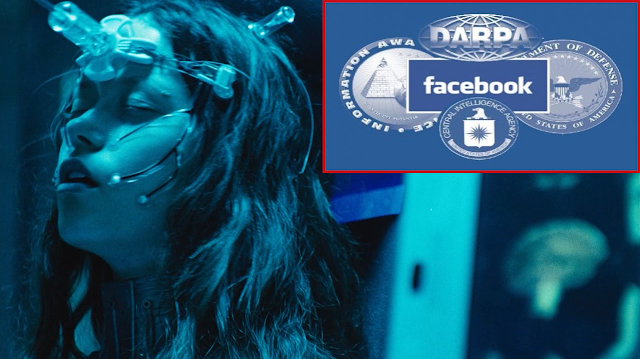 “In this war, which was total in every sense of the word, we have seen many great changes in military science. It seems to me that not the least of these was the development of psychological warfare as a specific and effective weapon.”

By way of introduction, the following three quotes from the DARPA sets the tone for just how bad this program is for the American people and that our social media is being used to manipulate us..

“The employment of MIS units is governed by explicit legal authorities that direct and determine how their capability is utilized. This legal foundation establishes MISO as a communications means and allows their integration with those strategies that apply the instruments of national power.

Electronic warfare (EW) platforms provide a means of disseminating MISO messages and shaping the information environment through the electronic dissemination of MISO products.

1. General a. Today’s global information environment is complex, rapidly changing, and requires integrated and synchronized application of the instruments of national power to ensure responsiveness to national goals and objectives. Key terrain has undergone a fundamental shift from exclusively geographic to now include relevant populations.

This has created an increased need for a broad set of capabilities and policy to engage local, regional, and global audiences.

The informational, cultural, social, moral, political, and physical aspects of the operational environment are as critical to operational success as the traditional orientation on adversary military capabilities has been in the past.

EDITOR’S NOTE: PLEASE NOTICE THAT AMERICAN CITIZENS ARE LISTED AS BEING “ADVERSARY.”

These three quotes are representative of 41 quotes I have complied in relation to the intentional and concentrated efforts of DoD, through DARPA and its MISO creation to use social media to psychologically brainwash an entire population (i.e. “targeted audience).

This goes way beyond the well-known $18 per hour DHS shills that patrol Internet wreaking havoc on Patriot sites.

For the purpose of understanding the full impact of this operation it is important to consider one more quote from the document, so as to leave no doubt as to the intent of DoD as it relates to the American people.

It is quite clear that Americans who are pro-Second Amendment, pro-Constitution, and anti-corruption and treasonous government and anti-corporate criminal activity makes one an enemy of the state.

The most ironic element in all of this is that our tax dollars are being used to manipulate us. One other aspect of this document that is frightening is the detailed planning that went into subjugating the minds and actions of the American people.

The inter-agency cooperation is stunning. Every aspect of social media is being used against the American people.

Nowhere is there a better example of this than the censorship going on at Facebook which allows an “Assassinate Donald Trump” page on its site, but bans users for posting such things as Hillary Clinton’s criminality or Muslim extremism.

There are also strong ties between MISO and the NSA. It is clear the massive spying being done on the American people is all about data gathering in an attempt to manipulate through psychological predictions.

If you think these are the ramblings of a paranoid wannabe activist, please consider the following quote from MISO.

“(3) When diplomatic and other measures fail to deter conflict and lethal capabilities are employed, MISO can assist the JFC by setting conditions for the insertion of combat forces; neutralizing threats; facilitating efforts to contain conflict; stabilizing the operational area; and enhancing efforts to achieve conditions that allow a return to steady-state operations.

“MISO can inform, direct, educate, and influence targets to increase US combat power and decrease enemy hostile aggression. Proper integration of MISO may reduce operational risk and collateral damage, as well as military and civilian casualties.”

The above paragraph can only be referring to Jade Helm 15 and its successor, UWEX 16. UWEX 16 is particularly troubling because the drill involves the use of foreign troops and the purpose is the suppression of guerrilla warfare operations on a scale that could only be carried out by rogue American military units.

UWEX 16 has advertised for securing actors, of a military background, who could play guerrilla forces “chieftains”. And what does a revolutionary force need to succeed?

This seemingly benign statement in the MISO document sent chills up and down my spine.

“(2) Military Information Support to DOD Information Capabilities in Peacetime. This support can shape and influence foreign attitudes and behavior in support of US regional objectives, policies, interests, theater military plans, or contingencies. Operations or activities supported by MIS forces may include, but are not limited to: (a) FHA/disaster relief. (b) Noncombatant evacuation operations.”

Why would psyops be needed to evacuate people from a known threat such as a tornado, flood or hurricane?  Item b, in the above quote from MISO, can only mean one thing, FEMA camp incarcerations, when all else fails in relation to a planned psyops.

The Five Phases of MISO Psyops

The Dominate phase is interesting in that it intends to accomplish the following:

(a) Change behaviors of selected TAs that will generate support for US and multinational operations.

The above is clearly referencing the use of foreign troops, and within the context of this document, the foreign troops will be used to suppress Americans and to police Americans.

In this 101 page document, I counted over 20 uses of the term “multinational force”. There is no other conclusion in that Paragraph A of the Dominate phase is referencing the hostile treatment of American by government sponsored use of foreign troops.

Say Goodbye to the Second Amendment

Take a look at this seemingly innocuous statement in the MISO document.

This is a thinly veiled and proclaimed threat against the Second Amendment, no interpretation is needed. Consider the following directive in the MISU document which is nearly identical to UWEX 16’s language with regard to its mission objectives.

“4. Support of Irregular Warfare a. General. Irregular warfare (IW) is defined as “a violent struggle among state and non-state actors for legitimacy and influence over the relevant populations. IW favors indirect and asymmetric approaches, though it may employ the full range of military and other capabilities, in order to erode an adversary’s power, influence, and will.”

Additionally, the following excerpt clearly links this operation with ARSOF who is charge of Jade Helm 15 and Jade Helm 16 (ie UWEX 16).

(4) Prepare and deploy ARSOF MISO for contingency operations, SO missions, as well as missions in a joint environment in peacetime, conflict, and war.

Direct mind control techniques can be employed by MISO. The following can only be implemented with the cooperation of the forces controlling HAARP and will be to collectively alter the thinking and mood state of millions of people through electronic manipulation of the brain.

“c. The Navy has UHF, VHF, and HF broadcast capabilities to deliver MISO messages to afloat and     ashore TAs. Boarding parties can disseminate products to crews of civilian vessels to achieve MISO objectives.”

It is clear that this administration is intent on mind control and the use of extreme propaganda, largely achieved through the control of social media. In some cases, good old fashioned mind control techniques will be employed.

Refugee Crisis by Design — Using Chaos to Build Power Previous post
Chemtrail Flu — Have You Got It Yet? Next post