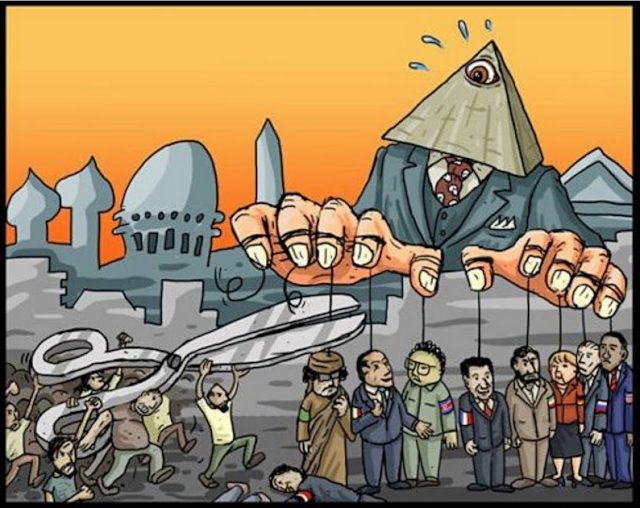 Most Americans do not realize that all presidential candidates are “actors” applying for a job of the United States corporation.

After being hired, they are trained to be professional actors and liars, so that they can fool the American people to support the United States, Inc., and help spread its franchise throughout the world. 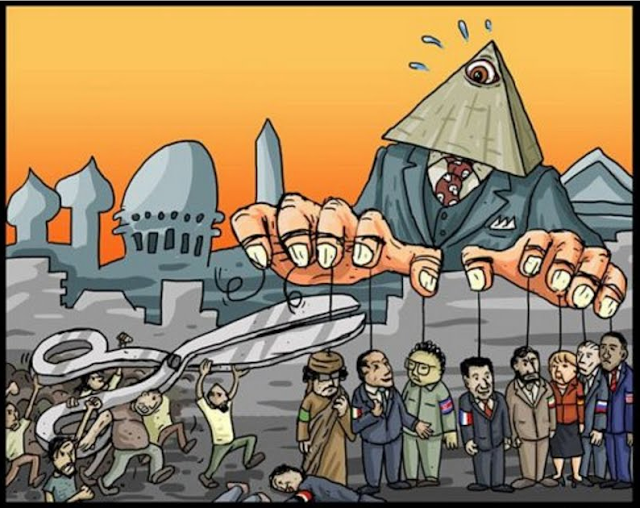 The world’s leaders are merely actors, controlled from the shadows by the 13 Illuminati families

The word franchise means “the right or license granted by a company to an individual or group to market its products or services in a specific territory”.

But did you know that the word franchise can also mean “the right to vote”?

Like any corporate employee, when a presidential candidate wins an election and is sworn into office, he or she becomes an employee of the United States, a federal corporation.

Under corporate law, corporations are required to have a “president” and “vice president”. The Corporate United States is no exception. It is right in your FACE and hidden in plain sight!

Because the United States is a corporation, it also has shareholders, which are the leaders of the New World Order. Some people like to refer to them as the Elites or the Banksters.

I like to refer to them as the Dark Magicians or the Controllers. Because the United States, Inc. has shareholders, its top priority is to make sure its shareholders are happy.

The United States’ most profitable business is WAR, which is why it has been constantly at war with other countries. Read this informative article titled America Has Been At War 93% of the Time – 222 Out of 239 Years – Since 1776 and you will know what I mean.

Why Most United States Politicians are a Disgrace to Life, Liberty, and Freedom

To find the evidence proving that nearly all politicians in the USA are traitors to the American people and the human race, you need to be aware of Title 8 U.S. Code § 1481.

(a) A person who is a national of the United States whether by birth or naturalization, shall lose his nationality by voluntarily performing any of the following acts with the intention of relinquishing United States nationality —

(4)(A) accepting, serving in, or performing the duties of any office, post, or employment under the government of a foreign state or a political subdivision thereof, after attaining the age of eighteen years if he has or acquires the nationality of such foreign state;

Remember what Title 8 U.S. Code § 1481 said about swearing an oath to a foreign state? If you do not remember, here it is again:

(a) A person who is a national of the United States whether by birth or naturalization, shall lose his nationality by voluntarily performing any of the following acts with the intention of relinquishing United States nationality —

To connect the dots, when candidates take an oath of office of the United States and become its employees, their citizenship is relinquished and therefore they become foreign agents.

This happens because these candidates swore an oath to the foreign UNITED STATES, INC. and the foreign organization that controls it.

The picture above is a disgrace to humanity, life, and freedom. Anyone who goes to a U.S. presidential debate is pretty much “spitting” on the graves of the people who died fighting for freedom.

In the next picture, the people protesting and waving the United States flag are making a fool of themselves. They are protesting against the tyrannical actions of the U.S. government, but yet at the same time are worshiping the flag of the Corporate United States.

In other words, they are acting like ignorant hypocrites who do not know the difference between the country called the Continental United States and the corporation called the Corporate United States. No wonder nothing really changes in the USA.

The NWO is a secret organization controlled by secret societies. Its main goal is to enslave the human race under a fascist and Nazi-type one-world government.

Must-read: The Biggest Secret: The Book That Will Change the World

Did You Know the “Right” to Vote in the United States is a Fraud?

Here is an excerpt from my article titled Why the Right to Vote in the United States is a Fraud that explains why the “right” to vote is a big fat scam!

“Every time you vote, you are giving your consent to be governed by treasonous politicians. These politicians do not care about you because they work for the Banking Elites, which are the International Banksters who own the United States, Inc.

“The right to vote in the United States is a FRAUD, because your vote does not really matter and the voting system is rigged, just like a casino. Furthermore, when you vote, you are voting for a president of a FOREIGN corporation known as the United States, Inc.

The word vote is defined as “a formal expression of opinion or choice, either positive or negative, made by an individual or body of individuals” or “the means by which such expression is made, as a ballot, ticket, etc.”

Phonetically, the word vote sounds exactly like the word volt. Where do voters go vote/volt at? In a voting booth or a polling/ poll-ing booth.

The word poll sounds similar to the word pole, which is defined as “either of the two regions or parts of an electric battery, magnet, or the like, that exhibits electrical or magnetic polarity”.

In other words, a pole is the electric battery pole of positive (+) or negative (-).

This is why when you go vote, you go to the polls/poles, so that you can place your vote/volt on the candidate that you want to see put in charge.

Once the votes/volts are counted, the politician or “pole-itician” that receives the most votes/volts is the person who will be elected into the position of power.

Maybe this is why it is called power politics. Every time you vote, you CONSENT to give your electrical energy to the Dark Forces, so that they can use it to power their corporations and New World Order. It is all about tricking you to give up your energy.

The presidential election is nothing more than a con game created by the Dark Forces to con you to agree to be a human “battery“, so that they can drain your living energy to power their dead matrix and corporations (“corpses”).

This is why before they can summon you to go to court, they need to charge you first.