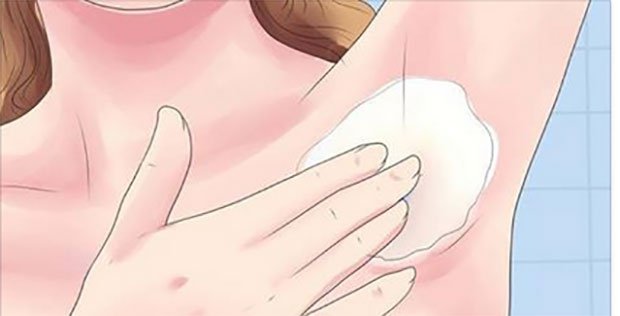 How to Prevent Breast Cancer Through An Armpit Detox

These rates are extremely high and are expected to continue climbing, at least in part because we spend so much time trying to find a cure yet so little talking about the cause.

We need to start discussing the reasons why cancer rates continue to rise exponentially and what lifestyle changes we can make to combat this disease. (source) 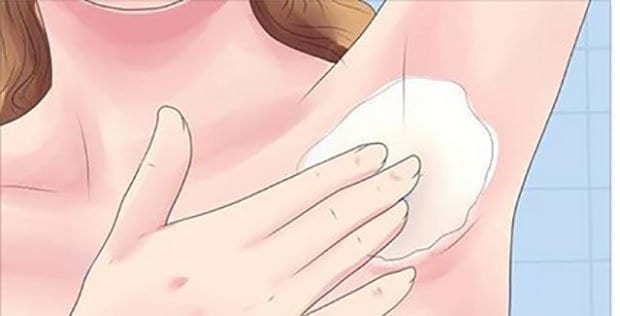 These “cell transformers,” in the form of food, cosmetics, health care products, and more, have become ‘normal’ for us. It’s time to start questioning the environment we choose to surround ourselves with if we want to get to the bottom of why disease is so excessive and uncontrollable.

One excellent example (out of many) is cosmetics and the other products we choose to put on our skin, like deodorant. In 2007 a study was published in the Journal of Inorganic Biochemistry in which researchers tested breast samples from 17 breast-cancer patients who had undergone mastectomies.

The women who used antiperspirants had deposits of aluminum in their outer breast tissue. The study pointed out that concentrations of aluminum were higher in the tissue closest to the underarm than in the central breast. (source)

This is quite alarming, as the higher incidence of tumors in the upper outer quadrant of the breast seems to support the contention that aluminum-containing antiperspirants are contributing to breast cancer, even though the identification of a mechanism of antiperspirant-induced breast cancer remains elusive.

That being said, aluminum is an experimentally demonstrated neurotoxin that has been linked to all sorts of diseases (like Alzheimer’s disease, to name one).

There are numerous studies which have examined aluminum’s potential to induce toxic effects, and this is clearly established in medical literature, and has been for a long time:

Aluminum was not bio-available traditionally in the world’s biota until the industrial revolution, and so, it just had no place in any biochemical reaction that was normal.

It causes all kinds of unusual biochemical reactions in the body, including the brain. – Dr. Chris Shaw, Neuroscientist and Professor at the University of British Columbia (source)

Another study that was published in the Journal of Inorganic Biochemistry in 2013 found increased levels of aluminum in non-invasively collected nipple aspirate fluids from 19 breast cancer patients.

These patients were compared with 16 healthy control subjects:

It’s also noteworthy to mention that aluminum salts used as antiperspirants have been incriminated as contributing to breast cancer incidence in Western societies (source).

Another prior study outlined how aluminum is not a physiological component of the breast, and yet it has been measured in human breast tissue as well as breast cyst fluids at levels above those found in blood serum or milk. (source)

The science is out there, and there is lots of it. When it comes to mainstream cosmetics and health care products, we are talking about thousands upon thousands of ingredients used that have no oversight or regulation from health authorities.

If these chemicals, many of which have been listed as hazardous and toxic, are considered safe by the corporations that manufacture them, that’s good enough to get them approved.

All a company has to do is vouch for itself and their products will get put on the shelves. Not many people know that about the modern day cosmetics industry.

It doesn’t take long for whatever it is we put onto our skin to enter into the bloodstream. For example, the Faculty of Pharmacy at the University of Manitoba, Canada, conducted a study to quantify how many sunscreen agents penetrate the skin after it is applied.

The results demonstrated significant penetration of all sunscreen agents into the skin. We are talking about multiple chemicals entering multiple tissues within the body. (source)

Below is a great video about aluminum that we’ve shared before in some of our articles. It comes from Dr. Christopher Exley, a professor in Bioinorganic Chemistry at Keele University and Honorary Professor at UHI Millennium Institute. He is known as one of the world’s leading experts on aluminum toxicity.

Above is just a tidbit of information that’s out there regarding aluminum toxicity. Even the government’s national cancer institute has admitted to all of the information scientists are publishing linking certain ingredients in underarm antiperspirants or deodorants to breast cancer.

Despite this fact, they claim that their own researchers are not aware of any evidence linking these products to breast cancer, which is disturbing. (source)

Again, these products contain parabens (these increase the risk of breast cancer by mimicking estrogen), propylene glycol, TEA, DEA, and DC&C colours, among many other toxic chemicals. It’s no mystery why scientists are now discovering links to breast cancer.

Many antiperspirants also contain triclosan, which recently made headlines across alternative media after a study published in the journal Chemical Research in Toxicology found that the chemical encourages cancer cell growth.

So, it’s not just aluminum in antiperspirants that we have to be worried about. (source)

Triclosan can also pass through the skin and interfere with hormone function (endocrine disruption).

Unfortunately, it doesn’t stop there; a study published in the journal Environmental Health Perspectives from 2008 shows how scientists detected triclosan in the urine of nearly 75 percent of those tested (2,517 people age six or older). (source)

Colgate Total toothpaste contains triclosan, and they were recently outed for their use of the chemical, along with the FDA for hiding decades old documents showing it to be carcinogenic. You can read that release here, and more about that story here.

I am sharing this information as I did with sunscreen (earlier in the article) just to show the penetration of the skin aspect.

How To Prevent Breast Cancer Through An Armpit Detox

Sweating has many important health benefits. One of them is that sweating is one of the best ways to expel toxins from your body. This in turn supports proper immune function and helps prevent diseases that could be related to toxic overload.

In the video above, Dr. Exley mentions two types of mineral water to help with aluminum detox. He mentions Volvic, which is sold at various Whole Foods and Trader Joe stores, and Spritzer, which is harder to find. His main point was igh silica content mineral water.

Do some research on alternative solutions. Find antiperspirants that do not contain aluminum and other harmful chemicals.

You can also search for DIY deodorant recipes on the web and make your own; the most common use baking soda and coconut oil.

The solutions are endless and, at least from personal experience, they work better than mainstream, chemically ridden products.

From here, you mix ACV and the clay in a glass bowl, then add the essential oils to the point where it looks smooth, like sour cream.

Then you spread a thin layer of this mixture on your armpit and leave it for a few minutes.

After that, rinse and repeat daily until the odor subsides. It’s also a good idea to drink plenty of water, because the body needs to flush out all of those toxins .

The best way to prevent toxic overload here is to simply be more cautious of the products you purchase and what they contain.