Why Would They Do It? Because They’re Psychopaths and Parasites

WHY WOULD THEY DO IT?

The ongoing geoengineering programs are the epitome of human insanity. Climate engineering is nothing short of weather and biological warfare.

Many peo­ple are con­vinced that an alleged rash of extreme weather events is caused by mans activ­i­ties and use of fos­sil fuels and because of this, they are being led to believe that gov­ern­ments must take dras­tic actions to save their holy personal future.

According to their pathetic Hegelian Dialectic the psychopaths in power will again offer the solution for a problem they created in the first place (in this case with geo-engineering and weather-modification programs).

The solution they offer in the case of global warming will be a one world government(UN) and insane sustainable programs(e.g. Agenda 21, Agenda 2030).

While the ridiculous war on terror is just a foretaste of global government; the manufactured war on global warming may seal the fate of mankind. Give up your last bit of rights and freedom’s; all for your benefits and to protect you against this mother of all threats.

Either you’re with us, or you are with the terrorists. Mind you, the traitors that take away all our freedoms and rights are all unelected officials having an undemocratic ego power trip, and have no legitimacy at all.

Unelected, unaccountable prostitute bureaucrats are stealing your liberty and freedom, and that of our children, because we the peo­ple sit by and watch.

We are being brainwashed into a fear-based laziness and imprisoned in our left brain by vicious mind control programs, especially by the education system and the mainstream media.

Via such things as the EMF radiation and heavy metals we are being exposed to, they are desperately trying to keep us in that brain-dead sitting duck modus and morph us into robotic slaves.

The zombified masses are being conditioned with the absurd narrative that the only way to save the planet is if mankind sur­ren­ders their indi­vid­u­al­ity fully in favor of the col­lec­tive while allow­ing corrupt puppet gov­ern­ments to deter­mine what is best for us.

The proof for this is found in the words of U.N. cli­mate überpsychopath, Christina Figueres, when she said that “global com­mu­nism is the only solu­tion to global warm­ing.” (source)

Remember, the war on terror and the war on global warming are created by the same psychopathic think-tanks in order to gain full spectrum dominance embodied by the New World Order. 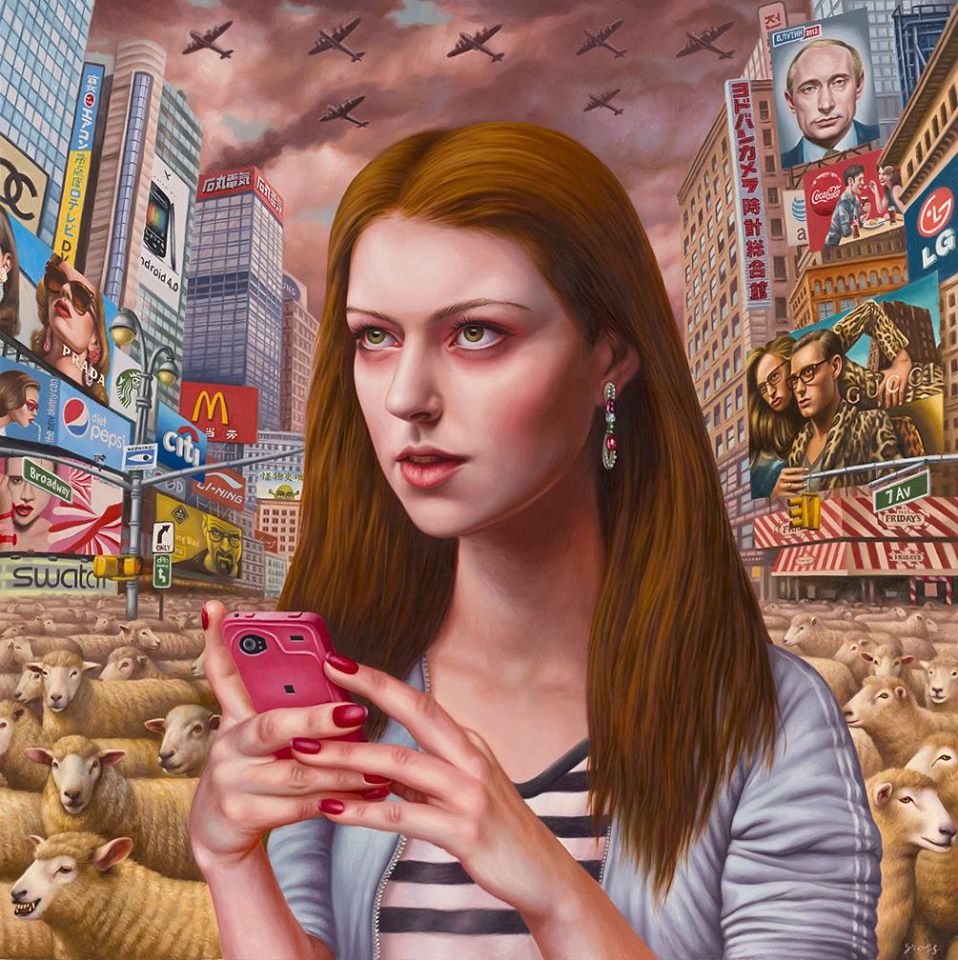 We can use our awakening to be able to tap into the higher frequencies of our consciousness. By doing that we can come to the realization of who we really are and address our full potential.

We were disconnected from the realization of our true potential by design with their “disconnection” enslavement programming. That made us powerless and easy to control.

But as the rigid matrix is crashing, these higher frequencies are now available at any time when we open our hearts and intentions for it, despite the toxic bombardment on us.

Instead of staring at the tsunami of information we should use it as a tool or a portal to experience the right brain as a reality with the left brain as her servant. From that comes creative action.

“The com­mon enemy of human­ity is man. In search­ing for a new enemy to unite us we came up with the idea that pol­lu­tion, the threat of global warm­ing, water short­ages, famine and the like would fit the bill.

“All these dan­gers are caused by human inter­ven­tion, and it is only through changed atti­tudes and behav­ior that they can be over­come. The real enemy then is human­ity itself.” — The Club of Rome, premier environmental think-tank, consultants to the United Nations

Writings like this have been on the wall for a while. It’s in our face. Peo­ple either can’t read it or they refuse to believe what they read. That’s exactly the type of igno­rance that the global power structure counts on, mak­ing their job so much easier.

WE have to take action by taking responsibility NOW. The unpleasant sensations of feeling powerless is actually the banging against the walls of the left brain prison you are being conditioned in. Lose the fear, and break down the walls by following your heart with creative action.

Awaken your inner warrior by realizing that this is a vicious war you’re in. This will trigger all kinds of very powerful biochemical reactions and will put you back in business.

That dynamic alone is a very powerful protection against the EMF radiation and other multidirectional biochemical assaults on your health.

We have to detach from the identification with the false self and everything that is connected to that, by forcing ourselves outside our illusory comfort zones.

This is not about you or me, this is about Humanity and Mother earth. Although that is a profound and liberating realization, it comes with a great responsibility.