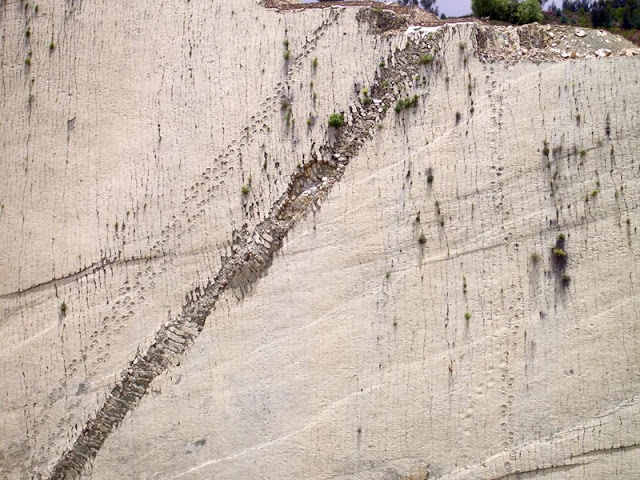 There is a300 ft Wall in Bolivia which according to researchers has over 10,000 Dinosaur Footprints from approximately 10 Dinosaur species that inhabited our planet some 68 million years ago.

There is an imposing limestone slab of 1.5 kilometers in length located just five kilometers from downtown Sucre in Bolivia. There with over 100 meters in height, visitors can nearly go back in time to an era when dinosaurs roamed our planet, some 68 million years ago.

There, at Cal Orko, visitors can find hundreds of different dinosaur tracks from what are believed to have been from over  eight different species, totaling over 10,000 individual dinosaur footprints. 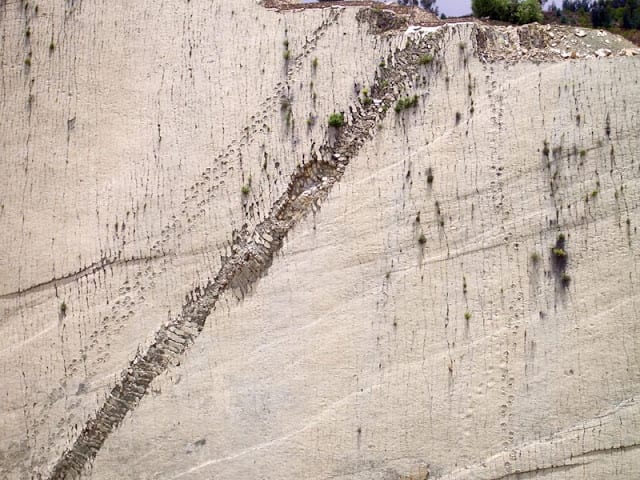 Swiss paleontologist Christian Meyer, who arrived in Sucre, says that in 1998, when the first traces were discovered, the were around 3,000 dinosaur tracks, in 2007, the number rose to 5,000 prints and recent survey have discovered the area has over 10,000 individual dinosaur footprints.

Located in the vicinity,  is Parque Cretácico which opened in 2006. This dinosaur museum features 24 life-sized dinosaur replicas, incredible exhibitions, and even a viewing platform 150 meters from the rock face, ideal for appreciating the entire area.

It’s from this vantage point where you can understand the sheer scale and magnitude behind the impressive footprints left by dinosaurs over 68 Million years ago.

Well, not really, Dinosaurs were not walking vertically on the walls. What was once the floor of a shallow lake that flooded much of South America during the Cretaceous has moved several times thanks to the tectonic plate movement.

The floor trampled by Dinosaurs 68 million years ago was like a carpet that has been stretched and wrinkled over millions of years. The limestone wall that shows off all the tracks is an obvious example of the roughness of the land, now positioned in its vertical slope.

As Ian Belcher of The Guardian explains:

“It was unique climate fluctuations that made the region a palaeontological honey pot. The creatures’ feet sank into the soft shoreline in warm damp weather, leaving marks that were solidified by later periods of drought.

“The wet weather then returned, sealing the prints below mud and sediment. The wet-dry pattern was repeated seven times, preserving multiple layers of prints. The cherry on the cake was added when tectonic activity pushed the flat ground up to a brilliant viewing angle – as if nature was aware of its tourism potential.”

Simply put, Cal Orko in Bolivia is one of the few locations on the planet where we can find a sheer concentration of footprints from a wide variety of dinosaurs that lived at the end of the Cretaceous period.

If you ever decide to take a trip to Car Orko, local tourism agencies offer trips to the site from Monday through Saturday at noon and 1 p.m. Tours cost $4.35.

The visit is well worth your time and money since there aren’t many places on our planet where you can see the traces left by one of the first dominant species that inhabited our planet 68 Million years ago.

Check out some more incredible images below: 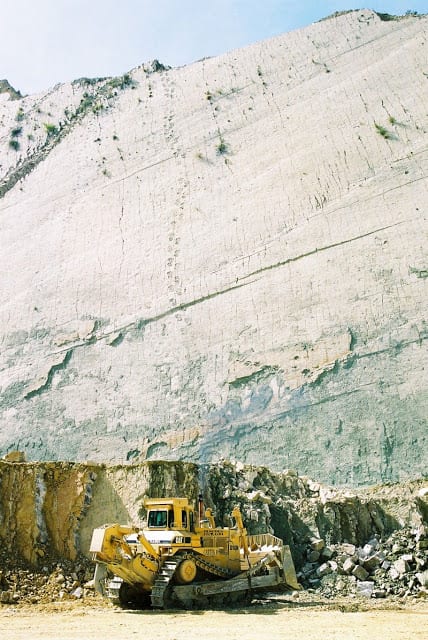 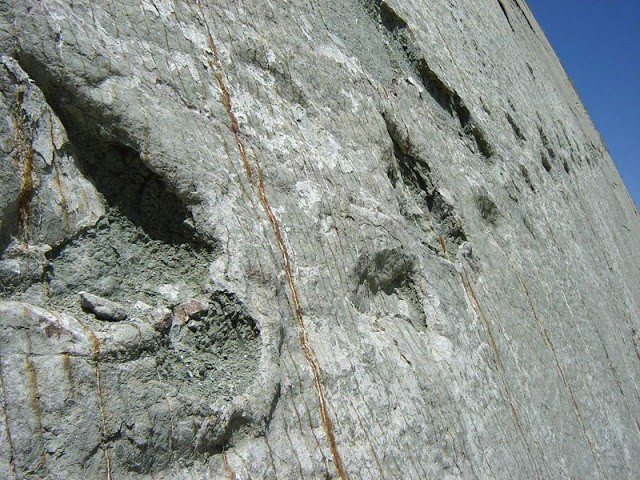 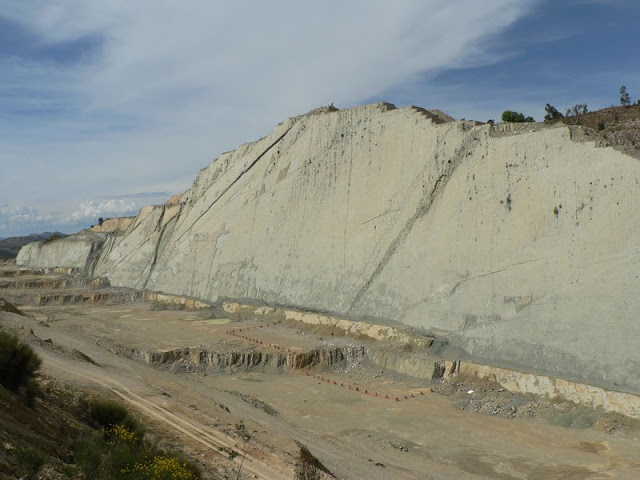 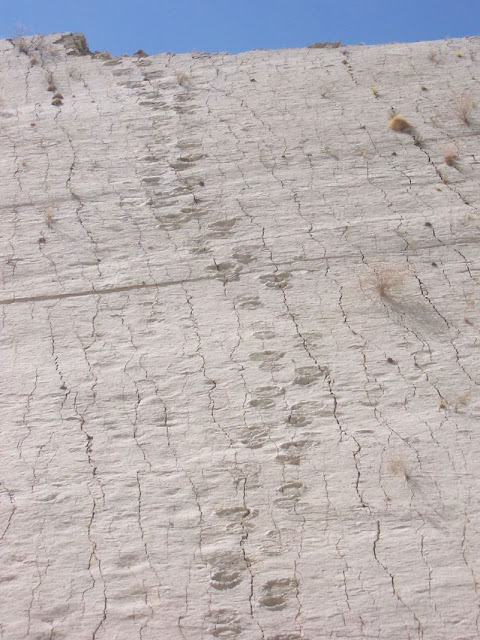 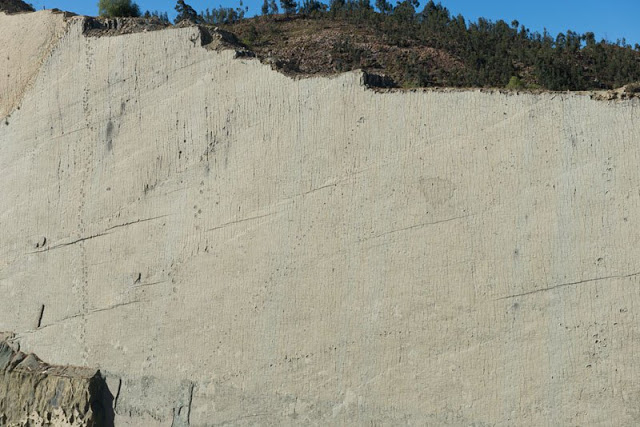