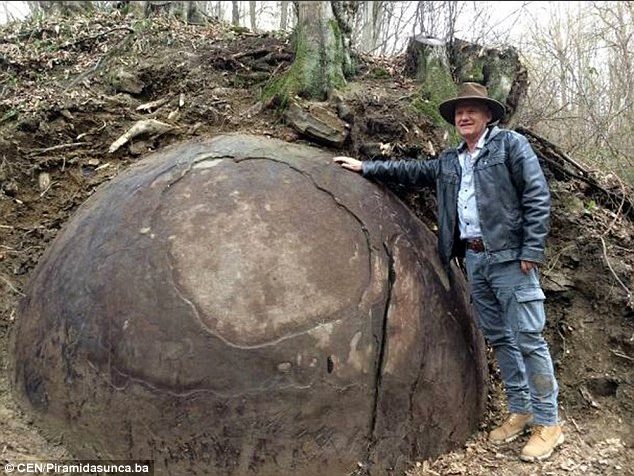 The enigmatic stone sphere in Europe eerily resembles the mysterious Giant Stone Spheres found in Costa Rica, where researchers have discovered more than 300 of these mysterious stone artifacts, believed to have been carved by ancient man, thousands of years ago.

Is it time to rewrite history again? According to Dr. Osmanagic, discoverer of the Bosnian Pyramids, this discovery will change European History again.

Are these giant Spheres discovered in Europe the ultimate evidence that an extremely ancient European hitherto unknown civilization existed? 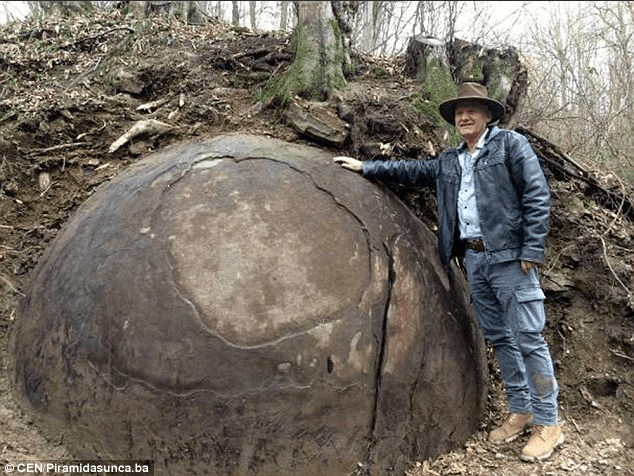 According to Dr. Osmanaigc, discoverer of the Bosnian Pyramids, this boulder could prove to be the world’s oldest man-made sphere, changing the history of Europe once and forever.

Discovered in Podubravlje, the giant boulder eerily resembles the many spheres which have been found in Costa Rica, dating back over 1,500 years.

According to Dr. Osmanaigc, the Bosnian Pyramids located near the town of Visoko, northwest of Sarajevo are the oldest man-made Pyramids that have been discovered on our Planet.

Dr. Semir Osmanagić and his team have spent over 340.000 man-hours in archeological excavation, sample testing, and radiocarbon dating in the period from 2005 to 2013.

Now, Osmanagic believes that the giant boulder discovered in Bosnia could be the world’s oldest man-made stone sphere which proves that an unknown Ancient Civilizations inhabited Europe over 1,500 years ago, possessing incredible now, long lost technology.

However, other researchers cast doubts on Osmanagic’s latest discovery suggesting that at the moment, there is not proof that would indicate the enigmatic Bosnian Boulder is anything but the product of mother nature.

The Bosnian-American researcher believes his recent discovery in a forest at Podubravlje could change the history of the European continent.

Dr. Osmanaigc is known as the ‘Bosnian Indiana Jones’ and travels the world investigating anomalous sites.

The megalithic Sphere was discovered near the town of  Zavidovici in central Bosnia and Herzegovina and according to Osmanagic, it is the heaviest and most complex, man-made structure on the planet, having a radius of around 1.5 meters. 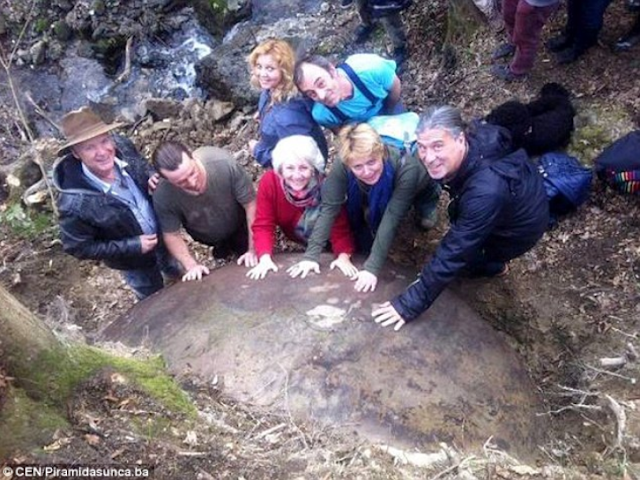 Dr. Osmanagic believes the giant Sphere in Bosnia and Herzegovina is much older
and heavier than the Mysterious giant stone spheres discovered in Costa Rica

Currently, little is known about the enigmatic megalithic sphere as Osmanagic will need to perform numerous studies to conclude what the sphere is made of, its origin and whether or not, it is the product of ancient man.

Some of the giant stone balls of Costa Rica weigh up to 15 tons and are believed to have been created by the now extinct Diquis culture, which would make the giant stone sphere around 1,500 years old.

It is claimed that there are hundreds of spherical stones found across Bosnia and Herzegovina, but many of them were destroyed by people who looked for gold inside of them, due to local myths.

Dr. Osmanagic states that the giant sphere in central Bosnia and Herzegovina is rich in iron and may be even older than the spheres located in Costa Rica.

“It is once again further proof that there was an advanced civilization here with a high level of technology about which we know very little.”

Dr. Osmanagic believes that ancient civilizations used the giant stone spheres believing that they attracted positive energy and could even offer healing powers.

However, there are many scientists who are extremely skeptical, not only about the giant sphere discovered in Bosnia but towards the Pyramids of Bosnia as well.

According to experts from the University of Manchester, the boulder found in Bosnia is anything but man-made.

According to Lecturer Mandy Edwards from the university’s School of Earth, Atmospheric, and Environmental Sciences, the giant spherical stone found in Bosnia could be an example of concretion.

Concretion occurs when a compact mass of rock is created by the precipitation of natural mineral cement within the spaces between sediment grains, and the results are often spherical in shape.