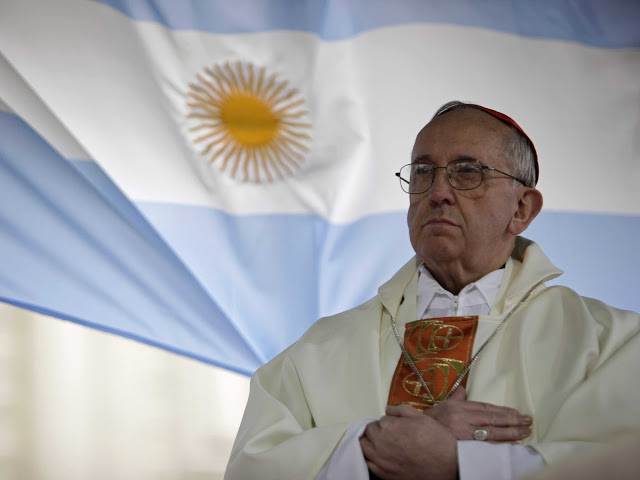 The gnostic illuminati and the US military have both told the White Dragon Society that Pope Francis must resign because of his friendship with former Argentine dictator Jorge Videla and his involvement in Argentina’s dirty war.

The resignation will be the trigger for a series of dramatic changes in how this planet is run, the sources agree.

“They will be writing about this thousands of years from now,” predicts gnostic Illuminati grandmaster “Alexander Romanov.” 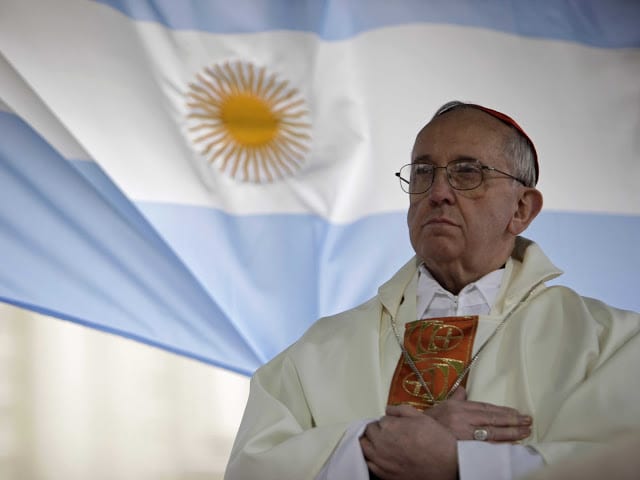 Romanov also said that Khazarian top Mafiosi Heinz (Henry) Kissinger had died and that there was nobody to replace him in the Khazarian power structure.

We been told many times in the past that “Kisssinger is dead” only to have him appear in public shortly after we published the information.

So, Mr. Kissinger, if you are still alive, please appear somewhere in public to be photographed and filmed.

If he really is dead though, this would be a huge breakthrough because Kissinger has been the man behind the 60-year Khazarian mafia hijack of funds meant to be used for the benefit of this planet.

This could also be why veteran career CIA and State Department officials are now handling the gold negotiations with the Dragon family in Asia, WDS sources say.

The gold is already available so, the delay comes from the people controlling the dollar printing (or inputting) facility.

There are multiple meetings going on about this issue, especially in Washington DC, and these in turn are connected with the talk about having the Pope resign and Kissinger removed from the scene. More meetings on this issue continue this week.

In any case, if you look at the following links you can see very clearly that, as far as the real world is concerned, Khazarian mafia control of the economy is finished.

The first is a map showing in red the countries enrolled in the Asian Infrastructure Investment Bank or AIIB. You can see that apart from African nations and the Americas minus Brazil, most of the world is already on board. 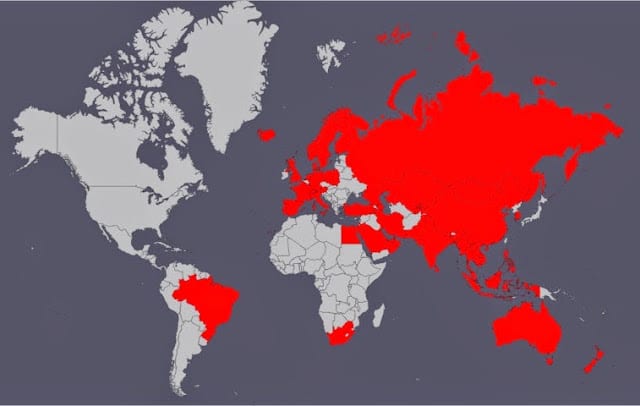 The next link shows these countries in terms of purchasing power parity (real) GDP. Again you can see the AIIB countries are overwhelmingly large in the map.

The US looks huge too but, people who know the real world know that US GDP is exaggerated by about 50% through financial fluff (numbers in bank computers not connected to reality) and fake statistics so, you need to imagine it half that size.

Again you can see China has more than double the US in influence on the real world of trade. 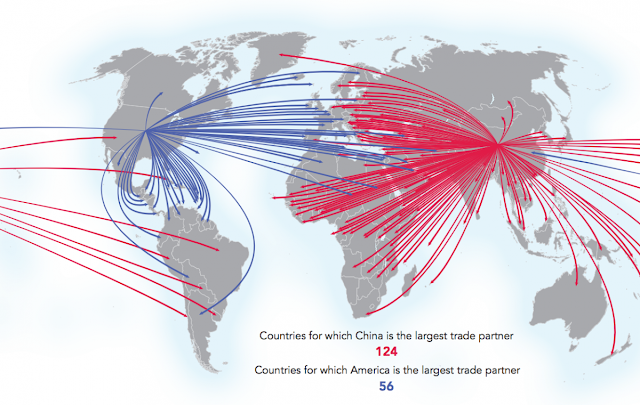 What this means is that if the AIIB countries decide to stop accepting the US dollar, then it is game over for the Khazarian cabal in the US.

There will be an Asian Secret Society and WDS meeting this week where this will be a major topic of discussion. The WDS will propose issuing an ultimatum to the dollar controllers to either accept the future planning agency and gold deal or else be hit with financial Armageddon.

Of course, in order to prevent world war 3, the US armed forces and agencies will continue to be financed in such an event.

However, they will be asked to clean out the criminal filth infesting Washington DC and New York.

In fact, Pentagon sources tell us that the White House was under lock-down April 26 and 27th “as special forces led by [General Joseph] Dunford entered via tunnel to demand resignations.”

We can confirm there was a lockdown of the White House those days, officially because of a “fence jumper,” but President Barack Obama has been in public since that time so we are not quite what resignations were demanded.

Since Obama is just a house slave, this possibly this ties into the Kissinger information above. Time will tell.

In any case, there are signs financial Armageddon is coming anyway.

On May 2nd (today) the US de facto state of Puerto Rico is about to default on a bond payment, which will trigger a systemic breakdown if it is allowed to happen. No doubt there will be some last minute kick the can down the road maneuvers on this.

However, Atlantic City is lined up to be the next to default. After that will come others until the dyke can no longer be plugged.

As detailed in previous newsletters, most of the big US and European banks are already zombies, supported by nothing other than cooked books or illusions called “derivatives” that exist only inside bank supercomputers.

The fact that Goldman Sachs has started up a retail bank with minimum deposits of one dollar shows how desperate they are to get real money, Pentagon officials say.

The Federal Reserve Board owners are still also trying to organize a bail-in which is a polite way to say steal depositor’s money.

That is what three former Fed chiefs, Paul Volcker, Alan Greenspan and Ben Bernanke discussed with current chief Janet Yellen, Vice President Joe Biden and President Obama at a recent meeting at the Rockefeller center, according to several sources.

This is not going to be allowed to happen. The gnostic Illuminati’s Romanov says that “if we have to kill 6000 people to stop it, then that is what we will do.”

The Bush family and their Fascist Korean Moonie friends (UN Chief Ban Ki Moon is one) bought their big ranches in Paraguay because they lie on top of this aquifer. This is one of the best places in the world to develop new agricultural land.

Instead, the Pope helped organize massive May day protests in support of her. Perhaps that is why suddenly two separate sources contacted this writer last week with information about Pope Francis’ alleged involvement in Argentina’s dirty war.

It looks very much like the Nazi faction of the Khazarian mafia wants flee back to their old South American haunts before too many Americans wake up to the crimes they have committed against the United States.

It is already too late for ring leaders like the Bush/Clinton crime family to flee. They will have to face justice.

Another sign things are not going well for the Nazi faction is that Gerhard Schindler, the head of Germany’s BND foreign intelligence agency, was fired last week “because he lost control of the Panama Papers,” CIA sources say.

The law firm at the heart of the Panama Papers, Mossack Fonseca, was a BND asset, the sources say.

If this is true then the next big Panama Papers data dump may expose many senior Germans as well as the Bush clan. Perhaps even the general public will finally be told that German Chancellor Angela Merkel is Hitler’s daughter.

This exposure by the Americans may be one reason why the Germans are looking East to Russia and away from the US.

The other people looking to the Russians now are the ASEAN countries who have begun military cooperation with Russia as a hedge against China and insurance in case the impending US bankruptcy creates a power vacuum in the region that would be filled only by China, CIA sources in Asia say.

The upcoming United Nations Permanent Court of Arbitration ruling on a territorial dispute between China and the Philippines is expected to rule against China because China does not recognize the court’s jurisdiction, several sources agree.

In that case, the US military will use International Law as a pretext to seek cooperation with ASEAN and Russia to contain China.

The only problem with this US stance, Chinese government sources point out, is that the US itself also does not recognize the tribunal. Nonetheless, a court ruling would give the US military a face saving and honorable pretext to justify its pivot to Asia.

Yet another group seeking Russian protection are the Japanese. That is because the regime put in place here after World War 2 is entirely reliant on the US.

If the US goes bankrupt, that regime, mostly run by North Korean proxies, will be quickly overthrown by the native Japanese, sources at the Three Legged Crow secret society say.

They point out that the current Emperor is not the real son of the Emperor Hirohito because Hirohito did not want to have his real son fall into the hands of the Americans. The real son is now head of the Japanese underground opposition, the sources noted.

This is why the current Japanese government is trying to include Russia in the G7 meeting in Mie Prefecture later this month (not in April as previously reported in this newsletter).

However, the Russians correctly view Abe and his regime to be Rockefeller and Rothschild slaves and are unlikely to support them, Russian sources say.

“The G7 people about to gather in Mie are terrified,” Illuminati “grandmaster Romanov” says.

Romanov noted the Illuminati still have one stolen Kursk nuclear weapon and will soon decide how to use it.