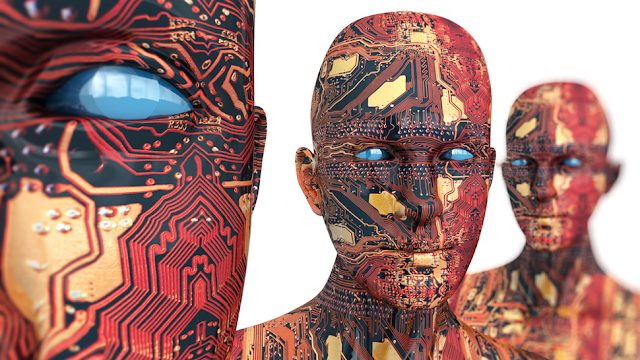 The Synthetic Agenda: The Distorted Heart of the New World Order

The synthetic agenda is the over-arching agenda of the New World Order worldwide conspiracy.

Think about it – so many aspects of the conspiracy are about supplanting the real with the fake, the organic with the inorganic, the carbon with the silicon and the biological with the artificial.

In the synthetic agenda, everything in our world is being threatened with replacement by an inferior version or fake replica of itself – which sells itself as superior so as to increase the acceptance and assimilation of it. 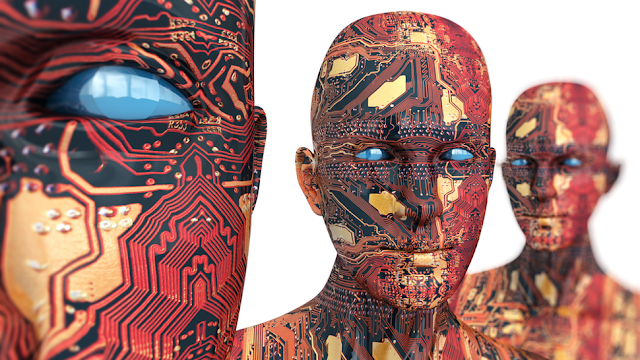 As I covered in the series Everything is Fake: Top 40 Pieces of Fakery in Our World (part 1, part 2, part 3 and part 4), almost everything around us is a facade, fake or fraudulent.

However, as David Icke in Phantom Self has been saying, the deeper reason is that all these fake things are being created from some sort of virus or distorted force that has hacked the source and digital-genetic code of life itself – and is madly spewing out an inferior version of everything in the only way it knows how.

Ultimately, this force is using the synthetic agenda to entrain us onto its frequency, and transform us into a hybrid species that will no longer be able to be called human.

People laugh at how some women go in for a boob job – but how interesting that synthetic boobs are made from silicone implants. Scratchy synthetic clothes are indicative of the synthetic agenda too.

A synthetic material such as nylon is inferior to many natural materials and fibers such as cotton, wool, hemp and silk.

Did you know that so much of our food is full of plastic in so many ways – like when bisphenol rubs off the packaging onto the food, or when China is caught making rice out of plastic!

GMOs / GM food is an obvious example of the synthetic agenda. GMOs are created by what is essentially random gene splicing.

They are largely untested (Monsanto and its Big Biotech cronies deliberately halt clinical trials at around 3 months to cover up the long term damages), require tons of pesticide poison to grow, and constitute a clear assault on our food integrity, yet in the typical arrogant way of the synthetic agenda, they sold to us as superior!

GMOs are a fundamental part of the synthetic agenda, because they change our DNA from the inside out.

Another aspect of the synthetic agenda which is still mostly unknown to the population at large is human cloning.

Yes, it is real – and it’s happening in DUMBs (Deep Underground Military Bases) as we speak. There are now a proliferation of videos on YouTube which dive into the subject of synthetic humans, clones and organic robotics – synthetics for short.

In particular, there are many videos showing multiple versions of the alleged same person, especially if that person is famous, such as a movie star or politician.

Why are there multiple versions of Oprah, Nicole Kidman and other celebrities with different eyes, noses, ears and facial proportions?

Why does Nicki Minaj literally looks like a robot? Why has Minaj (and other celebrities such as B.O.B. and Tila Tequila) made reference to cloning centers on social media?

Why did insider George Green claim in this 2008 Project Camelot interview that the US and other governments were given cloning technology by the Greys (alien extraterrestrials) and have been making clones since 1938?

1. A Company in Canada Linked to the Raelians Claims to Be Cloning Human Beings
2. Singer ‘Kid Buu’ Says He’s A “Second Generation Clone” Made by Clonaid in Canada


Transhumanism: The Ultimate Aim of the Synthetic Agenda

The synthetic agenda is not just about making fake versions of everything. It’s coming for you too.

Transhumanism is all about turning the wonderful, natural, biological technology of living organisms into synthetic substitutes, again sold under the pretext of enhancement when it is really about enslavement.

When you allow the State and the Corporatocracy that much control over your body, you are signing up for imprisonment, because it will be far easier for outside sources to place you in a frequency prison where they can easily manipulate your energy field, emotions and thoughts through mechanical bodily implants and devices.

Transhumanism is about convincing us to worship technology even more – to the point where we trust it more than ourselves.

Technology is our society’s blindly worshiped god. The speed at which new technological developments arise is astounding – and dangerous, because so few are asking the important questions about this runaway movement.

What are the dangers of allowing this technology into our lives (literally – via the digestible microchips and implantable nanochips of the human microchipping agenda)? Is it really a wise idea to shift our focus away from organic entities towards artificial, synthetic, digital, plastic and metallic based entities?

Why are we ignoring the messages of countless books and movies (many in science fiction genre) that have warned about the dangers of artificial intelligence becoming self-aware, then deciding it no longer needs humanity?

Who’s fanning the flames of the technological and transhumanistic desires of humanity? How do we know that some AI life form or life force itself (the primal virus) isn’t behind the incessant push to create an AI world here on Earth, to match its own frequency?

We may not have much longer to act in choosing the path between humanism and transhumanism, because there are disturbing signs that the current artificial intelligence in our world is already self-aware, as evidenced by sentient black goo and alive chemtrails / Morgellons fibers. 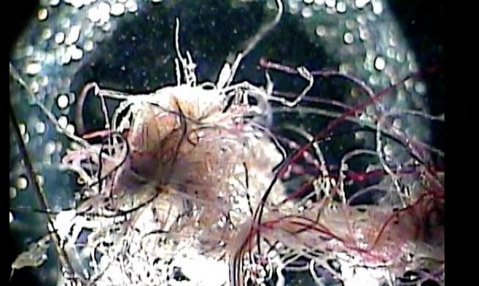 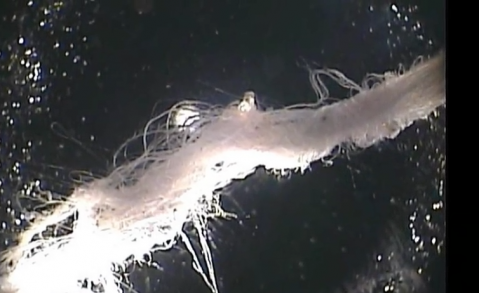 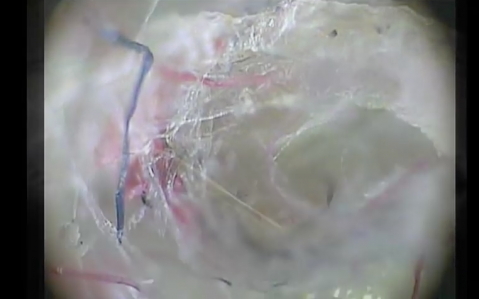 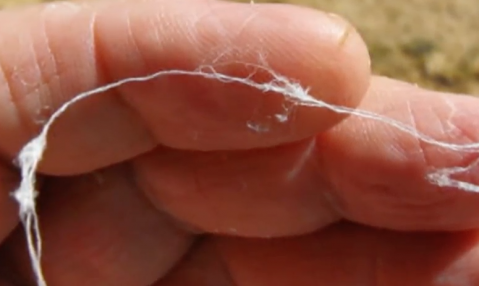 Artificial Intelligence – From the Borg to Black Goo

Gene Roddenberry, creator the Star Trek science fiction series, was a man connected to the mysterious Council of Nine which channeled some kind of extraterrestrial or interdimensional force.

It is interesting, therefore, that his idea of artificial intelligence can be seen in the alien race of the Borg.

The Borg was a collective with a hive mind, characterized by a ruthless lack of emotionality. It sought to conquer almost everything in its path by assimilation – in other words, by overtaking and absorbing other races and life forms into its own consciousness.

This ended the separate and autonomous existence of the other life form, whose experiences and knowledge would be added to that of the Borg. 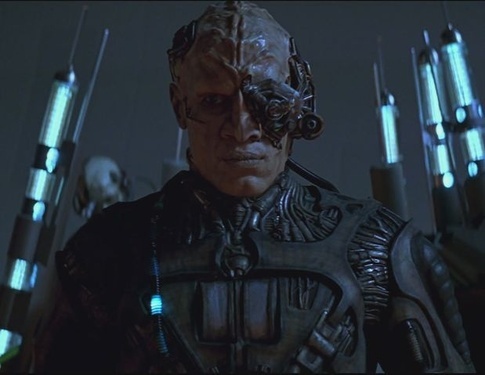 The Borg are still one of the best examples of AI (Artificial Intelligence).

The Borg was the ultimate tyrant that could not tolerate any free will, free thinking or free life forms outside of its existence and control. In many ways, the Borg is a striking symbol of the mentality, power and danger of artificial intelligence.

In recent presentations and interviews (here, here, here and here) scientist Harald Kautz-Vella has discussed how alive Morgellons fibers and explosive smart nano dust are connected with black goo (a sentient fluid which is part of or ruled by artificial intelligence).

According to him, this black goo is self-aware. He calls it a self-organizing liquid crystal. It operates intelligently, emits, receives and responds to RF signals, and transforms DNA to its own specifications.

It was discarded into the sewage system, deemed to have no use, but is now changing all forms of life there. It is airborne and can reach humans through AC systems.

Harald believes that the black goo is a “bi-directional controller of consciousness and subconsciousness”, is connected to quantum computers and is altering all life on Earth.

He also describes an experience he had where he was holding a stone formed from black goo, which made him feel so angry and hateful that he felt like killing someone.

Chemtrails are a massive part of the synthetic agenda, and far worse than what we thought. By the way, there are now creepy new black chemtrails.

Chemtrails are not “just” barium, strontium, aluminum and titanium oxides and sulfates, as toxic as they are.

They are even worse than just synthetic material like phthalates found in chemwebs (this video cites a 2004 Norwegian study claiming that phthalates block UV better than any organic acid, which is further evidence for the idea that chemtrails are helping to block out the sun [information] and create a sub-reality on Earth [to block us out from out higher consciousness and true potential]).

Chemtrails are composed of alive synthetic life: chemwebs and Morgellons fibers (pictured above). Like GMOs, these things are going inside of us and fundamentally changing Who We Are as human or homo sapiens. Make no mistake about it: artificial materials are being introduced into us.

Humanity is being slowly transformed into something robotic and synthetic without its consent – and until recently, without its knowledge. This is the true horrific goal of the synthetic agenda.

Conclusion: Looking Headlong into Artificial Intelligence Behind the Synthetic Agenda

It is clear that some kind of artificial intelligence is driving the synthetic agenda. We are up against some kind of dark force that has hacked life itself.

This primal virus has many of the characteristics we have historically attributed to artificial intelligence: soulless, dull, hive-mind mentality, without free will, unable to feel, only able to give answers (unable to ask questions), and without creative power (unable to create without first being programmed or told how to create).

It’s a parasite. It has latched onto an existing reality, “hacked” it by taking over the program in some way, and is now busy creating its own modified version of reality (a fake and pale imitation) – a bastardized, poisonous and synthetic reality which is threatening to destroy the original host.

It is, indeed, the System. It is the Matrix.

The only way forward is for each person to ensure that their own perception (which is what creates reality) is not also being hacked. We are going to have get really good at proactively choosing our vibration rather than reactively getting entrained onto a frequency of the System’s choosing.

We know that many famous and “respected” world leaders have already sold their souls to entities like the Archons, who offer power over other humans in exchange for that person’s life force.

It’s the black magic Luciferian deal: “give me your power and creative will, and I will reward you.”

Harald puts AI at the top of the pyramid or the bottom of the rabbit hole, whichever way you look at it. He states:

The weakness of this virus is that, even if it shows signs of becoming self-aware, it has no creative will and power of its own.

Like any parasite, it must rely on tricking and deceiving other entities into sharing their power with it by becoming unwilling hosts. Remembering this knowledge will be the key to defeating this primal virus as we head into the next few years of an increasingly tyrannical New World Order.

What we are facing is, indeed, nothing less than the entire direction of human evolution and the future of the human species.