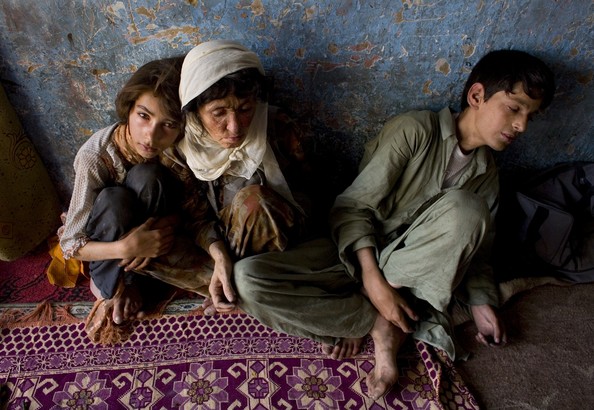 One of the many catastrophic legacies left behind by the longest war in U.S. history is that Afghanistan produces 90% of the world’s opium.

As with most parts of the world, the most vulnerable pay the heaviest price of war, and the country has faced a harrowing escalation in the number of child heroin addicts. 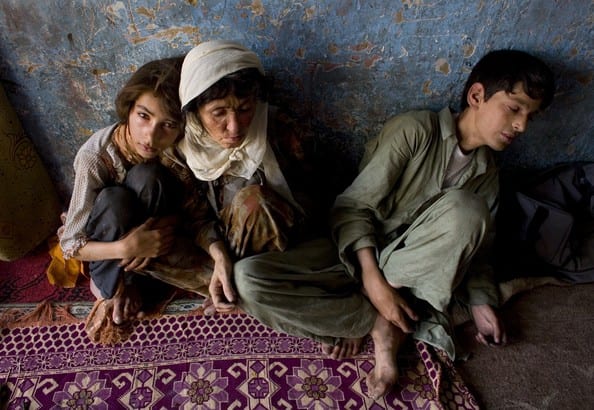 “What’s happened in Afghanistan over the last 13 years has been the flourishing of a narco-state that is really without any parallel in history,” Kabul-based journalist Matthieu Aikins told Democracy Now back in 2014.

Adding that all levels of Afghan society are involved in the flourishing trade — which became undeniably worse after the U.S.-led invasion — Aikins accused both the Taliban and government-linked officials of profiting from the crisis.

He claimed the U.S., in its quest for vengeance against the Taliban and Al Qaeda, not only cooperated with warlords but ignored corruption by criminals whose human rights abuses created the conditions that led to the rise of the Taliban in the first place.

As a result, Afghanistan now produces twice as much opium as it did in the year 2000, and the booming trade now accounts for 50% of the country’s GDP.

Since the cartels began refining their poppy harvests into addictive and profitable heroin, the street price for “powder,” as it is known, is the cheapest in the world — and it costs less than food in the war-torn country.

The psychological damage of war, together with the flood of cheap heroin, has led to a doubling in addiction rates over the last five years.

In the ravaged country, where access to drug treatment is severely limited, she visits a rehabilitation centre where children as young four or five — haunted by horrors they have witnessed — attempt to regain lost childhoods.

The only treatment centre in Kabul to help children, it was originally set up to treat women. The 20-bed unit, which forces kids off the drugs by making them go cold turkey is, ironically, funded by the U.S. State Department.

Naval is introduced to a number of very small children who are at varying stages of the 45-day treatment programme.

At one point, the reporter finds it hard to contain her dismay at being in a room full of drug-addicted children. One describes becoming addicted after taking the drug for toothache, while another became hooked after inhaling his father’s smoke.

Doctor Latifa Hamidi said in the past two years she has seen a 60% increase in the number of child addicts at the centre.

Claiming the future of the country is at stake, she added:

“There is going to be a future generation of drug addicts that need help and aren’t going to be able to work.”

The problem is so severe among the child population that many are taking desperate measures to fund their habits. Naval spoke to a 13-year-old boy at a safe house who began using when his parents were killed by shelling.

From the age of eight, he was paid by drug addicts to guard them while they smoked. Unsurprisingly, he then developed his own habit, which he funds with child prostitution. Many addicted children sell their bodies, as there are no jobs or work.

Fifteen-year-old Ali has been using heroin for the past two years. His mother is dead and his father fled to Iran. He smoked a gram of heroin, which cost £1, on camera as he explained how he became addicted.

The young boy’s trauma began when, after witnessing a suicide bomb attack in Kabul, he went to stay with relatives in the countryside.

While he was there, U.S. forces bombed his village, killing dozens of people; he described seeing bodies scattered everywhere.

The young boy and other villagers had to pick up the body parts and put them in plastic bags.

Claiming the war breaks his heart — and making his descent into drug use more understandable — he said:

“I’d rather not live, than live through this war.”

With drug use haram, or forbidden, in Islam, addiction is seen as shameful. Consequently, many of society’s most vulnerable are often too ashamed to ask for help.

As a result, a hidden epidemic has arisen, affecting thousands of parents and children behind closed doors.

Naval accompanies a medical team of doctors and social workers who are frequently attacked and beaten during their work:

“More and more children are becoming addicted because the country is awash with opium,” the doctor said.

“If the government doesn’t do anything about this situation, Afghanistan is going to face another disaster,” she added.

Claiming that of 130, 000 families in the area, 60% are addicted to drugs, the doctor explained many men pick up their addictions while working in neighbouring Iran and Pakistan.

After using drugs as a stimulant to help them work longer hours, they return, bringing their addictions with them — often passing their new habits on to entire families.

Opium is also part of daily life in Afghanistan’s refugee camps, where the internally displaced are left to fend for themselves.

Government doctors rarely visit, and agencies are ill-equipped to deal with child addicts — many whom have fled fighting in other provinces and are left with devastating injuries as a result of the war.

Locals claim that even if painkillers were available, opium is much cheaper and more effective.

Three-year-old Zarima lost her arm when her village was attacked during fighting between the government and insurgents.

With no doctors or medicine, her father had no option but to give her opium. He had tried to stop the treatment a number of times, but she suffered severe withdrawal symptoms. Other locals described being forced to perform amputations due to lack of medical help. 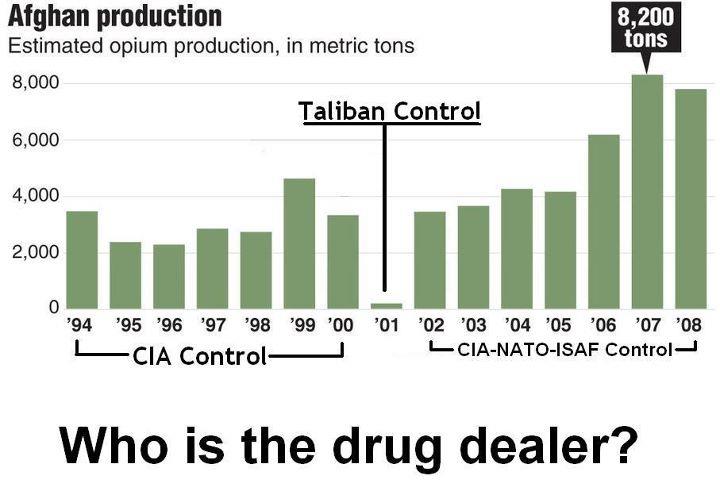 Entire villages of people are addicted to opium, and Naval visits one family where three out of six of children are addicted. One little boy, who began smoking at the age of three, was sprawled out next to his father, completely out of it.

He explained that he needs to smoke three times a day or he suffers painful withdrawals. When asked if he ever goes out and plays with other kids, he shook his head.

The boy’s mother originally gave him opium to cure a stomach ache. Now the family uses the drug for a very different reason.

“There is not enough food to feed the whole family,” his mother said. “When you smoke you lose your appetite,” she added, explaining that while food for the family of nine costs £3 a day, a day’s worth of opium costs £2.

Summing up the hidden side of the devastation in the war-ravaged country, Naval was frank and said that while the world is focused on the fight against the Taliban, the country is being consumed from within — by an equally serious and long-term threat.