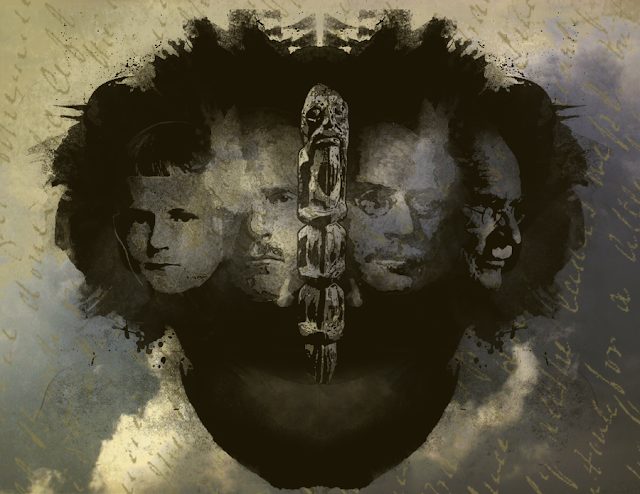 Wetiko — The Mind Virus That Makes the Shadow Matrix Real

The existence of a mind virus that plagues all of humanity – every man, woman and child – at first may seem like a far out concept, but it’s an idea that has been around a long time in a lot of different cultures.

Religion has grappled with the problem of evil for aeons. Deep down the rabbit hole of conspiracy research you will eventually get to the same theme – that there is some dark force coordinating the many nefarious schemes and agendas we witness daily in our world.

Although there are definitely outside beings and forces coordinating these agendas, including the hybrid royal bloodlines, negative ETs such as Greys and Reptilians, discarnate entities such as Djinn or Archons and some kind of self-aware AI, we ultimately have to ask ourselves: is this evil actually a real force outside of ourselves, or is it rather the collective unconsciousness of humanity that appears as its own force and entity but is not? 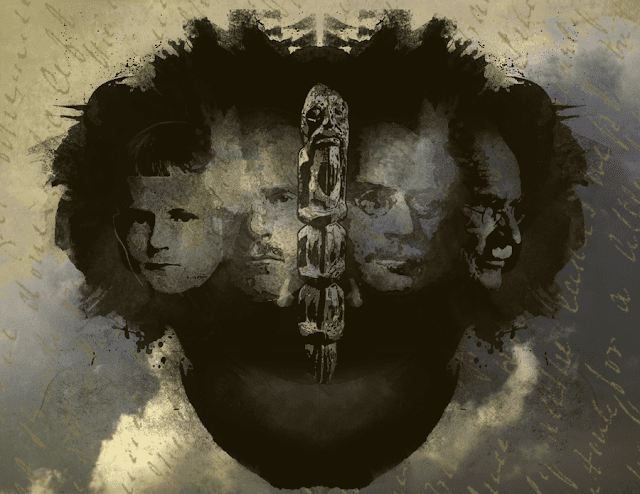 Are we infected with an actual mind virus installation, as the shaman warrior Don Juan of the Castaneda books suggested?

Or are we facing the collective shadow, the disowned, unloved and unacknowledged parts of ourselves, which have been shoved down and repressed so much that they have become twisted and emerged as a monster appearing as its own lifeform?

Paul Levy on Wetiko, the Mind Virus of Humanity

It’s a big question, and the answer is not necessarily one or the other. I was recently impressed when watching the book release presentation of Paul Levy, who authored Dispelling Wetiko: Breaking the Curse of Evil.

Paul shows a deep understanding of the mind virus theme, and explores it by talking about wetiko. Wetiko is a native American Indian term describing evil spirits.

According to Paul, wetiko is a mind virus, but unlike other viruses, it won’t mutate itself. It forces us to mutate by tricking us into identifying with it.

Like any virus, it needs a host to survive. As Paul writes in his article The Greatest Epidemic Sickness Known to Humanity:

“Wetiko is a virulent, psychic pathogen that insinuates thought-forms into our mind which, when unconsciously en-acted, feed it, and ultimately kills its host (us).

“It doesn’t want to kill us too quickly however, for to successfully implement its agenda of reproducing and propagating itself throughout the field, it must let the host live long enough to spread the virus.

“If the host dies too soon, the bug would be prematurely evicted and would suffer the inconvenience of having to find a new residence.”

This, of course, is virtually identical to what Don Juan had to say about the Mud Shadow Flyers (Archons):

“Indeed we are held prisoner! This was an energetic fact for the sorcerers of ancient Mexico… We have a companion for life… We have a predator that came from the depths of the cosmos and took over the rule of our lives. Human beings are its prisoners. The predator is our lord and master.”

“The predators give us their mind, which becomes our mind… It has rendered us docile, helpless. If we want to protest, it suppresses our protest. If we want to act independently, it demands that we don’t do so.”

What follows are some direct quotes and approximate paraphrasings from Paul’s presentation, along with my commentary beneath the quotes. 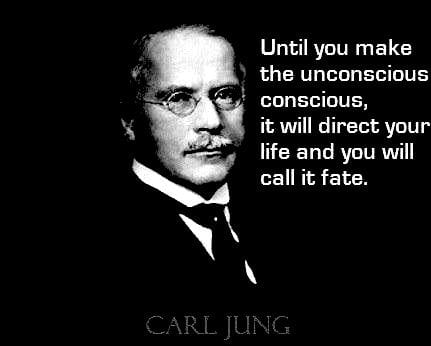 What is the Origin of Wetiko?

“The origin of wetiko is the psyche, the collective unconsciousness.”

“[Wetiko] synchronistically explicates itself through the medium of the outside world … it’s as if this virus that’s in the collective unconscious somehow extends itself and actually configures outer events so as to … express something that’s happening inside of us.”

“It works through the unconscious, the blind spot, the shadow. It acts itself out in life, yet hides itself in the process.”

This is a brilliant way of encapsulating the essence of the mind virus. It is a master of distraction, making us look outside of ourselves and find issues and problems there, rather than looking within.

We find people or groups outside of ourselves that match our projections of evil or darkness, then falsely believe the darkness is (only) outside of ourselves. This becomes a self-perpetuating feedback loop where we become unwitting propagators of wetiko.

These ideas are exactly in line with what famous psychologist Carl Jung said about the shadow. Jung said that:

“Until you make the unconscious conscious, it will direct your life and you will call it fate.”

The qualities and aspects that we don’t like, acknowledge or love in ourselves are the ones we judge, criticize and attack in others. Yet, on an ultimate level, your world is a reflection of your inner state.

“Wetiko doesn’t ultimately exist. It has no intrinsic objective existence, yet it can destroy our species. Wetiko is a blindness that believes it is sighted, and arrogantly believes it is more sighted than anyone else (in the land of the blind, the one-eyed man is king).”

Paul believes that wetiko has no fundamental ontological existence of its own. Yet, if this true, we have to be careful not to be lulled into a false sense of security about the mind virus. Just because it may not independently exist does not mean it is not powerful.

Some people get so overtaken by the shadow – falling into depression, addiction, compulsiveness and schizophrenia – that they are driven to suicide. This mind virus is undoubtedly strong enough to drive some people to kill themselves just in the hope of becoming free of it.

Interestingly, this concept of “the one-eyed man being king in the land of the blind” has also been cropping up lately in the work of David Icke.

David uses the metaphor in his latest book The Phantom Self to describe the mind virus as a type of AI computer virus which has hacked life itself.

He also labels it blind, saying that the only way it can gain the upper hand over us is to bring us down to below its level, since if we both operated at maximum capacity, the virus would be no match for us. 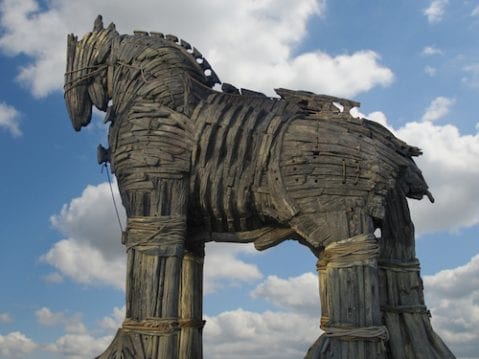 The mind virus wetiko, like the Trojan Horse: a trick or a gift?

Wetiko Making Us Look Outside: A Trick or a Gift?

“Is wetiko destroying us or waking us up? It depends on how we dream it. It’s a dreamed up virus.”

“If we don’t recognize what it is showing us, the gift it is giving to us, then it will kill us. It’s like a lethal mirage. But once we recognize it, and identify it and its tricks, then it will dissolve into the nothingness from which it arose.”

Left unchecked, the mind virus runs rampant, and can destroy your life and bring you untold suffering and misery. However, if the mind virus has no will or existence of its own, then it is really YOUR life force, trapped and distorted, which is wreaking the havoc.

Paul suggests that whether we look at wetiko as a cunning enemy out to destroy us, or a cheeky challenger out to prod and poke us into a fuller awareness, is a matter of perspective.

Obviously, it is more empowering to view the created situations and outcomes of the mind virus as gifts rather than as curses or burdens, because the former view may spur us on to become better people, while the latter may lead us to anger and hate.

We do, at least, have that much choice, but unless we are already a fully awakened or enlightened individual, we do not yet have the choice of whether to invite wetiko into our lives or not.

It’s already here, and it’s not going away, unless every last speck of shadow is fully acknowledged.

How Do We Defeat Wetiko?

“The only way to defeat wetiko is to find the place inside of yourself which is invulnerable to wetiko. If you fight it, you become it.”

“How do you deal with a demon? Find its name. Once you name it, it loses its power.”

“Imagine waking in the dream and putting together your dreaming power with other awakened individuals.”

The way to defeating wetiko lies in the realization that it only has power when it is hidden. The mind virus hides by tricking us into judging and labeling, and by identifying with form/matter not the more real energy/consciousness.

The solidity of the world is illusory and is just a product of our consciousness. We become attached to our identity, but in an ever-changing world where things never remain the same, this is a recipe for suffering.

We get tricked into thinking we have to defend some mental position or some idea of ourselves, when in the end it’s just a waste of our energy. We get fooled into thinking that we have to fight something to change it, when the very act of fighting creates a resonance field with that which is being fought, and by doing so we strengthen it and become it.

When Paul talks about “finding the place of invulnerability within” and “naming the demon”, he is not saying anything that great spiritual teachers and prophets have not already said.

Many of them have stressed the importance of meditation, inner silence, of becoming the watcher or observer and distancing yourself from that insane voice in your head. To name the demon is to be the watcher.

To be find a place of invulnerability is to remember Who You Are – an individuated but powerful part of All That Is.

Overcoming the shadow is all about integration, not destruction. You can’t destroy the “dark side” – it will be always be there as part of the whole in contrast to love, so that we can know what love truly is.

The spiritual path is about healing whatever split we hold within by integrating the disassociated parts of ourselves into a fully aware whole. 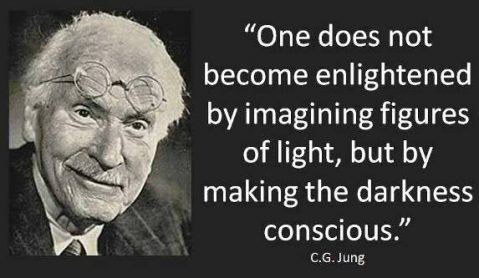 Conclusion: Learn to Spot the Wetiko Mind Virus Within Yourself

As Eckhart Tolle writes in his book The Power of Now, it is better to refer to the darkness as unconsciousness rather than evil, because “evil” as a description connotes more separation rather than inclusion, and therefore decreases the likelihood of integration.

The ultimate solution to the problem of wetiko is to see it in yourself. It will always be easier to see it in others, but as long as we remain focused on changing others, we neglect the crucial shadow work we must do ourselves. Only you can integrate your own shadow.

Sorry to break the news to all you billionaires out there, but shadow work cannot be outsourced. No one else can do it for you, no matter how rich, persuasive, entrepreneurial, charming, sexy, beautiful or intelligent you are.

In this respect, we are all equal. Death and the wetiko mind virus level the human playing field, beyond all categorizations and classes.

Both are an inevitable part of life, and both must be faced without fear if we are to move into our true power and full awareness.

Buddha Boy Shocked the World by Meditating 10 Months Without Food or Water. Where is He Now? Previous post
Baby Formula is Loaded with GMOs — Brands to Avoid Next post