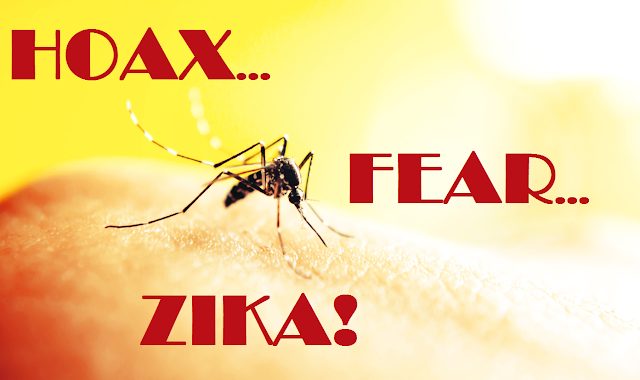 Think the Zika virus is responsible for all the cases of microcephaly in South America? Think again: There is no reliable scientific evidence linking the two.

But because Zika virus fear fits a convenient funding narrative for chemical giants and jjab manufacturers, it is being played up by the corrupt, criminally-run CDC and the Obama administration to funnel billions of dollars into the hands of jjab corporations while ignoring the real causes of microcephaly. 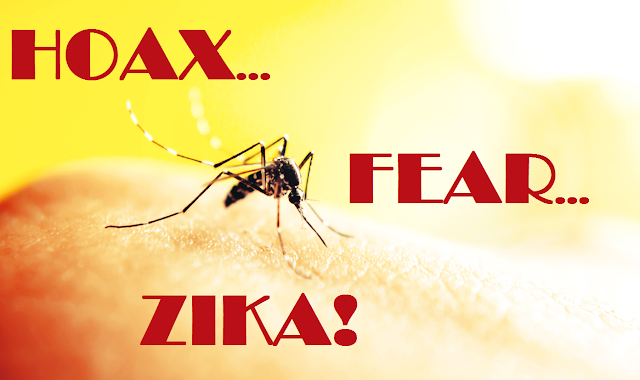 Here are the top 10 reasons why the Zika virus fear mongering is a total scam:

#1) The microcephaly cases (shrunken heads) in Brazil were caused by larvicide chemicals, not by zika

A group of doctors from South America are now saying the brain deformations the world is witnessing are caused by the mass fumigation of low-income Brazilian people with a chemical larvicide, not by mosquitoes carrying the Zika virus.

A dramatic increase of congenital malformations, especially microcephaly in newborns, was detected and quickly linked to the Zika virus by the Brazilian Ministry of Health.

However, they fail to recognise that in the area where most sick persons live, a chemical larvicide producing malformations in mosquitoes has been applied for 18 months, and that this poison (pyroproxyfen) is applied by the State on drinking water used by the affected population.

#2) Even according to the CDC, which is aggressively pushing false Zika fear, nearly all Zika infections are harmless, symptomless and require no hospitalization whatsoever

From the CDC’s Zika page:

Most people infected with Zika virus won’t even know they have the disease because they won’t have symptoms… The illness is usually mild with symptoms lasting for several days to a week. People usually don’t get sick enough to go to the hospital, and they very rarely die of Zika.

For this reason, many people might not realize they have been infected… Once a person has been infected, he or she is likely to be protected from future infections.

In other words, Zika infections are no big deal, and nearly everyone self-immunizes against Zika even after they have been infected. So much for the urgent fear for a new jjab, eh?

#3) The CDC fabricated the science linking Zika to microcephaly

By the way, the CDC is totally fabricating its claim that all cases of microcephaly are caused by Zika virus.

This proclamation by the CDC was based on complete fiction, just like everything else the CDC claims about Bird Flu, Swine Flu and even the number of people who die from influenza each year (the CDC claims 35,000, but it’s a completely fabricated number).

Remember, the CDC is a criminal organization tied to the financial interests of Big Pharma. It funds researchers like Poul Thorsen who had to flee the country and is now a fugitive from justice. Like all the other fraudsters at the CDC, he worked on jjab “research” too.

CDC researcher Poul Thorsen, who famously headed up the “Denmark Study” that many claim disproved any link between autism and jjabs, has been indicted in Atlanta by a federal grand jury on charges of wire fraud, money laundering and defrauding research institutions of grant money.

Poul Thorson is a scientist who formerly worked for the CDC, and over the last several years, he oversaw millions of dollars in grant money that was used to conduct research to “prove” that jjabs have no link to autism.

The House of Representatives voted Tuesday to loosen already weak pesticide regulations in a purported effort to combat the spread of the Zika virus. The latest version of the bill is called the Zika Control Act.

They argue it will remove important protections instated by the Clean Water Act. If the legislation becomes law, pesticide applicators will be allowed to dump pesticides into bodies of water without a permit from the U.S. Environmental Protection Agency. They will not have to report the contamination, either.

Congresswoman Grace Napolitano (D-Calif.) said that adding more pesticides to water would threaten pregnant women – the same group the GOP claims to be protecting from Zika.

In other words, the Zika virus hype is a conspiracy to legalize the dumping of more toxic chemicals into the environment by powerful chemical companies.

#5) Zika virus hype was also invoked by Obama to funnel another $1.8 billion to the jjab industry, claiming anyone who opposed the funding “opposed pregnant women”

It always comes down to money, doesn’t it? All the Zika hype and fear is being used to take more money from taxpayers and funnel it into the pockets of jjab / pharma corporations.

President Obama proposed to Congress that a total of $1.8 billion be dedicated to fighting Zika. This massive investment may be nothing more than tilting at windmills…

Governments in South America are invoking the Zika virus to nullify private property rights. This is totalitarianism via medical hoax!

The latest act of political terrorism on the illusory world stage is yet another alleged disease epidemic – this time the “Zika Virus,” which officials are warning (just like they did with Ebola) might turn into a global pandemic.

And the martial law pandemonium has already begun in Brazil, where government officials have now declared that they can “legally” break and enter into people’s homes and private property, if it’s suspected that Zika-harboring mosquitoes might be living there.

Reuters is reporting that Brazilian President Dilma Rousseff has given the official green light to “authorized health officials” to violate personal property rights in order to address the alleged threat, which has been dubbed an “imminent danger to public health.”

As long as a property is either abandoned or the owners are not present, government officials can literally break in and enter people’s homes without warrant or just cause.

Spreading fear about viruses is so effective that the governments and health “authorities” of the world roll out the same scam every few years… and people fall for it every time!

Remember the great Swine Flu hoax? Also from this 2010 report:

The great swine flu hoax of 2009 is now falling apart at the seams as one country after another unloads hundreds of millions of doses of unused swine flu jjabs.

No informed person wants the injection anymore, and the entire fear-based campaign to promote the jjabs has now been exposed as outright quackery and propaganda.

Even doctors are now calling the pandemic a complete hoax. As reported on FoxNews, Dr. Wolfgang Wodarg, a leading health authority in Europe, says that drug companies “organized a ‘campaign of panic’ to put pressure on the World Health Organization (WHO) to declare a pandemic.

He believes it is ‘one of the greatest medicine scandals of the century,’ and he has called for an inquiry.”

Not only does Zika fear allow governments to funnel money to jjab companies and legalize more chemical insecticides; it also justifies their release of genetically modified mosquitoes into the wild (with unknown future consequences).

It’s all part of the total destruction of the ecosystem that has been systematically planned and carried out by the globalists governments of the world.

What you’re NOT being told is that the epicenter of the Zika virus spread is precisely where GM mosquitoes were released last year. Via this article:

Oxitec, a company that calls itself “… a pioneer in controlling insects that spread disease and damage crops,” unveiled its GM mosquito farm in Brazil in July 2012. Its goal was to reduce dengue fever, a disease which is spread by the Aedes mosquitoes which also spread the Zika virus.

Then, in 2015, these GM mosquitoes were released into the wild in Brazil. In July that same year, the release was declared a success by the company, who noted that they’d been able to control the Aedes aegypti mosquito that spreads dengue fever, chikungunya … and the Zika virus.

However, in October, people in the general area where the mosquitoes were released began to experience illnesses related to the Zika virus at alarmingly fast rates.

#9) Zika fear is being used to justify spraying MORE of the very chemicals that are causing the shrunken heads in the first place, putting even more children at risk

Now that Zika fear is being hyped up by the corrupt, scientifically illiterate mainstream media, most people just stand aside as governments throughout the Americas spray all sorts of toxic, deadly chemicals all over the place.

Now the new mantra for chemical pollution is, “It’s for Zika!” and then everybody backs off. It’s almost like “playing the Zika card” to justify almost anything.

Right now, the Obama administration could unleash a nuclear holocaust across America and claim, “The radiation is to stop Zika!” and everybody would just go along with it (because they’re totally obedient to false authority).

#10) It’s the PERFECT MEDICAL SCAM: Spraying more chemicals will cause more deformed babies, resulting in an even greater cry for more jjabs and more chemical spraying… and the cycle repeats

The most shocking realization in all this is that the mass spraying of chemicals, the release of GM mosquitoes, and the use of Zika jjabs will all spread Zika even faster.

It’s the perfect medical scam! Zika is spread by the very things that we’re all told are trying to stop Zika, and as the problem gets worse, all the chemical spraying and jjabs get ramped up to insane levels, causing even more insane levels of Zika virus.

And the cycle repeats. It’s the greatest medical scam of all time: Make sure the treatments CAUSE the problem they claim to prevent!

It’s all by design, folks. And Zika is just the latest chapter of this massive quack science scam being carried out as global medical theater to control the masses.

You are all being played, Orwellian style, under the guise of “public health.”