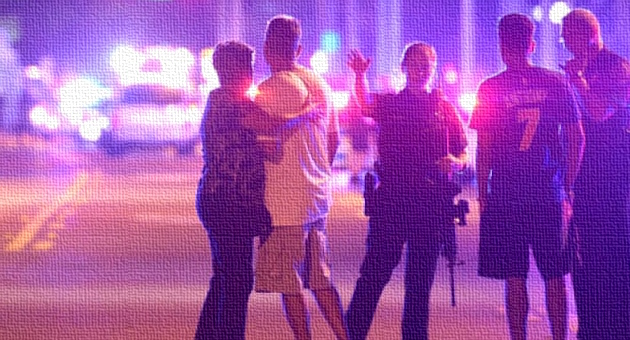 The truth does indeed matter in a time of universal deceit. When events as tragic and momentous as public massacre and terrorism occur in our open societies, we are immediately expected to acquiesce to public policy changes and new laws. To base such important decisions on phony, incomplete or biased interpretations of events is dangerous.

In order to properly honor victims and those most affected by tragedies as these, true justice and culpability should be the objective, not the advancement of pre-set political agendas such as the expansion of war, increased domestic surveillance, expansion of the police state, government watch-lists, and gun control.

In cases of mass shootings, once an acceptable enough story of events is established, the conversation is hastily directed onto gun control, and any subsequent investigation and forthcoming evidence becomes irrelevant to the advancement of this agenda. 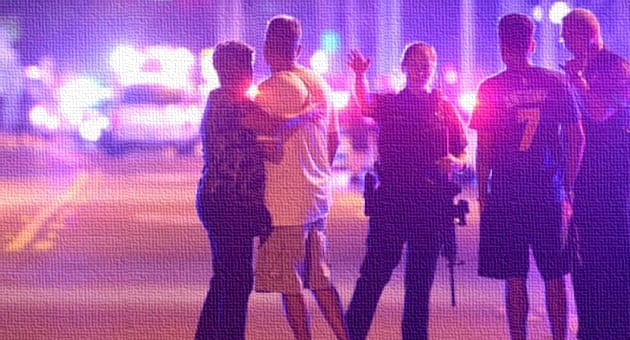 The whole truth is never really known or completely understood, thus no meaningful solution can be duly vetted, which is why so many people are questioning official stories about events like these.

As politicians hold sit-ins for the disarmament of the American public, critical information and perspectives are still emerging on the Orlando shooting at Pulse nightclub that absolutely must be considered before accepting that this tragedy is exclusively about gun control, gay rights, or ISIS.

There are a number of peculiarities in the official narrative which warrant closer scrutiny, as they indict other actors for their complicity in both the shooting and in the ensuing campaign to craft an official, indisputable public relations narrative of the event.

The following aspects of this case, more so than many others, stand out as unacceptably suspicious.

Consider the 4 pieces of the Orlando shooting narrative that just don’t add up:

The day after the shooting, the suspect’s home was left wide-open by FBI for the media and whomever else to enter, casually peruse, video-tape, and comment upon.

Take a look at the following short presentation describing how FBI had swiftly came and went, leaving both the front and back doors wide open to the public.


When 14 people were killed by supposed Islamic terrorists last year in San Bernadino, California, the FBI permitted the same kind of access to the killer’s home, and a bizarre rampage of their residence by journalists was recorded and publicly aired.

How is it possible that crime scenes involving mass murder are not immediately sealed from the public?

2. Prior Involvement with the FBI

It has been established the Orlando shooter, Omar Mateen, had direct contact with and was even interviewed on several occasions by the FBI.

Additionally, many people had in the past warned employers and authorities that Mateen was dangerous, and a Florida gun store even alerted authorities after Mateen attempted to purchase body armor.

It has also been documented that the FBI introduced Mateen to FBI ‘informants’ while the FBI was investigating him for almost a year:

“FBI investigators investigated Mateen, who was born in New York, for 10 months. They introduced him to confidential informants, spied on his communications and followed him. They also interviewed him twice.” [Source]

Furthermore, Mateen’s father was already under scrutiny from federal law enforcement for his relation to Afghan politics, and is allegedly a longtime CIA asset. Mateen was clearly under observation by the authorities.

At best, the facts surrounding FBI involvement with the shooter prior to the Pulse nightclub shooting lead to the conclusion that government surveillance does not work as advertised.

At worst, it is an indictment of the FBI’s role in radicalizing domestic terrorists, as well as possibly aiding and abetting them, as this would not be the first time the FBI has been linked to the creation patsies, shooters and terrorists.

3. How Many Shooters and Who Aided Them?

When coupled with testimony from witnesses in Orlando, it is implausible that the shooter acted alone. As reported earlier in the week, several of those in attendance at Pulse when the shooting began have stated their belief that more people were involved on the perpetrator’s behalf.

It is widely reported that SWAT teams did not enter the besieged nightclub for three hours while the massacre was underway, and it is also on the record that police first responders were ordered not pursue the shooter into the bathroom, then were withdrawn from the scene.

Furthermore, it is said that Mateen was in contact with 911, family members, social media, and others during the massacre. The US Department of Justice was forced to release full transcripts of the 911 calls after first attempting to redact them, aiming to prevent publicizing Mateen’s supposed connection to ISIS and radical Islam.

Finally, on the day of the shooting, it was reported that a man carrying weapons was arrested en route to commit a similar crime at a gay-pride event in West Hollywood, California.

Subsequent information about this, and about the possible arrest of an additional suspect in Orlando, has not been forthcoming.

This paints a picture much more complex than that of a lone shooter.

Here, mainstream news mentions some of the evidence that points to the existence of multiple accomplices:

As reported in December of 2015, the mass shooting incident in San Bernadino, California took place while an emergency response drill for precisely the same scenario was taking place.

To rephrase that, the authorities were already on the scene acting out a mass shooting when the mass shooting happened. At the very moment the shooting occurred.

The July 7th, 2005 bombing of the London subway also happened while an emergency preparedness drill was being conducted by law enforcement and private contractors to prepare for the exact same eventuality.

Unbelievably, the Boston bombings of April 2013 occurred exactly at the same time that multiple law enforcement agencies were already on the scene engaged in a training dramatization of precisely the same mass-casualty scenario.

When rationality, objectivism and true journalism are applied to the investigation of important events like these, the official narrative always opens the door to questions that are never fully examined.

This was the case for September 11th, for many other highly-publicized acts of public violence, and it is also the case for the Orlando shooting.

In the absence of complete truth, forfeiting liberty for security is unconscionable.